Meet with Vanessa Sorenson and you instantly get a sense of why she’s helping lead one of the biggest companies in the world.

Meet with Vanessa Sorenson and you instantly get a sense of why she’s helping lead one of the biggest companies in the world. 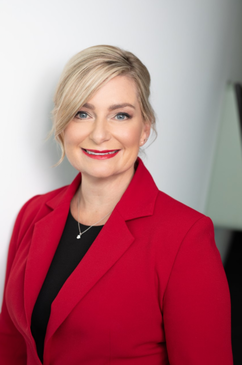 Down-to-earth, dynamic, immaculately presented – yet with an evident clarity of focus, she strikes you as the epitome of leadership material. Microsoft has always been known as a transformer, as the first public company to reach US$5 billion in market cap way back in 1999, and as an ongoing transformer in the global cloud business ecosystem. But what are Vanessa’s key motivations as she enters her new role as Managing Director for Microsoft NZ? I met with her to find out.

Vanessa and I talked about her motivation for Microsoft. Thinking back to her early Microsoft days, the company just made sense. Much of Vanessa’s career is in the New Zealand landscape: she’s worked closely with local business, and she’s steadfastly loyal to her base of operations managers here. Much of her inspiration has also come from Barrie Sheers, Vanessa’s predecessor, and someone she sees as having drawn her closely into the company.

Vanessa thinks “data is the new oil” and that through improved ways of analysing data we are equipped to make better business decisions:

“to get everything now you have to be connected and you know I think there’s a real intrinsic fear and a lot of people want to know what that will mean… There’s so much good that can come about as well…So it is about the data. How do we harness it?”

“You know it wasn’t that long ago I remember watching that program ‘Beyond 2000’ when they were talking about your fridge talking to your local dairy to buy you the milk that’s running out. I mean that’s all such a reality now. That’s just table stakes and in terms of consumers we want everything now.”

Sustainability is more topical for global business than it ever has been, so I asked Vanessa about Microsoft’s commitment to this area, and what this looks like for her in her new role. Vanessa sees technology as central in the progression of New Zealand businesses, and she is vividly excited about its expanding potential. And yes, she brings up changing climate, global warming, equality as all top of the Microsoft agenda.

“We’ve made some massive announcements around our missions…not only about what we’re going to do moving forward but actually undoing all of the wrongs of the past….[there’s] so much more coming and so many more platforms for people that go without… This has to be the time that we go ‘that can’t happen anymore’.”

Amid this changing landscape, with greater accountability from business, I wondered what this meant for the success of particular industries. Vanessa comments on the difficulty many are facing in the current climate. More than ever, Vanessa thinks it’s about not just following along but of a ‘stamp of leadership’ that is important to the success of all NZ business.

“You know it’s pretty hard being an airline… I think there are some really cool things happening to so many pockets of it, it’s just good to be doing more of it.”

What about gender equality in the tech industry? This is a big one for Vanessa too, who explains she’s experienced its repercussions first-hand.

“Growing up in IT I was always sort of wheeled out as the woman…I’ve always kind of been a bit peeved about the diversity in tech because it’s always felt that it’s about agenda.”

Although Vanessa has been challenged throughout her career, it’s clear that those experiences have strengthened her resolve to change things.

“It’s not easy…it’s a jungle gym, there’s backwards and sideways and you know sometimes I think people kind of look at the Instagram photo and think that’s what it is and it isn’t. It’s hardship, it’s failure, it’s tough. And I think it’s more about those stories, and I think encouraging women to try and think to themselves that they are 80 per cent better than they think they are.”

Things are changing and, especially under Vanessa’s leadership, it’s safe to say inclusion will be top of mind.

“So why is that…intrinsically we do feel as if we are not worthy enough for pay parity? All of these things. This is the point it’s all going to change…It’s [about] diversity of thought and inclusiveness, and I’m so proud to look around me now at so many woman leaders in New Zealand running banks. running telcos… there are just so many incredible women taking the lead and I just think it’s going to be the new norm… I just wish women supported women more…If we linked arms and did things together we would achieve so much more… I think we all need to do that.”

It’s clearly part of Vanessa’s aspiration that New Zealand business people pull together with Microsoft to address these urgent issues. She notes that there are basic benefits of doing so: that Microsoft has the resourcing, the capacity and the time to actually find solutions for these types of causes. And, she notes, “We have to make sure that accessibility is for everybody.”

Underneath all of that, Vanessa’s passion is not really driven by tech. It’s family, it’s using her position to make a difference, and it’s the incredible things that are made possible with technology. Ultimately, its progress.

Listen to my full interview with Vanessa here – Video