As organisations across Australia adapt to the 'new normal' of living with Covid-19, Veeam has been helping customers make sure their data is secure, accessible and easily recoverable if disaster strikes.

The first wave of the Covid-19 pandemic saw organisations scramble to set their employees up to work from home and to keep IT services running through the lockdown.

As we connected over our virtual private networks and logged in to Zoom, the aim was just to keep functioning as best as possible.

The second wave, when it comes to technology anyway, sees us taking stock of our ‘new normal’ and figuring out if it is fit for purpose in a world where we may need to revisit lockdown.

“The immediate need of getting myself productive probably overshadowed the secondary need of, oh, how do I secure it?” says Warmington, who is based in Melbourne and spoke to Umbrellar Connect a few days before the state of Victoria returned to six weeks of lockdown following new outbreaks of Covid-19 transmission. 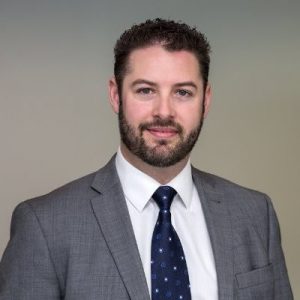 Veeam has around 13,000 customers across Australia and New Zealand and supports a wide array of IT configurations spanning on-premises and cloud-based technology platforms. As such it has been busy assisting businesses who are re-evaluating their disaster recovery plans.

It has been a busy time for Veeam, which was last week named 2020 Global Technology Partner of the Year by HPE for the second year in a row. The two companies have for ten years collaborated on developing solutions-as-a-service for on and off-premises delivery and aimed at recovering data if the infrastructure is compromised.

On this side of the Tasman, Warmington said he had sensed a real resilience in customers who have dealt with disaster before and a willingness among vendors to help them out.

“I’ve spent a bit of time in the South Island,” says Warmington.

“You look at Christchurch, you have been through pretty significant disasters in the past and events that have caused this kind of thinking, hey, how do we just help each other out?”

Remote workers were continuing to use their essential apps and tools, such as Office 365, Sharepoint and OneDrive. Now they were asking themselves about the security of data that, by necessity, may be spread across multiple platforms.

“How secure is that? What happens if I lose it? what happens if I delete things and that replicates across the online versions?” Those, Warmington says, are the questions information managers are asking themselves.

A particular concern among customers, highlighted by the Australian Government two weeks ago following a series of high profile attacks on government departments and major companies, was the threat of ransomware, which typically involves an attacker locking up a user’s data files and demanding payment for the data to be unlocked.

“Ransomware suddenly becomes a huge issue when there’s been such an increase in adoption of things like Office 365,” says Warmington.

“During work from home, I think more vulnerabilities were exposed and there were some players that looked to capitalize on that,” he adds.

While security measures such as multi-factor authentication, firewalls and malware detection could combat ransomware attacks, Warmington says there were still many ransomware victims and without decent data recovery options, they may be forced to consider paying up to get their data back or avoid the prospect of hackers seeking to sell it on the dark web.

“I can actually go back to a specific point in time. If there’s a dormant, malicious attack or a dormant bit of malware in the system, I don’t want to recover yesterday’s back up because it could still be there, right?”

The rapid move to cloud-based platforms spurred on by remote working was also throwing up data protection and sovereignty questions.

“If I’m a New Zealand organisation, data is now offshore for the first time. That opens up a whole different plethora of questions about data sovereignty, which is a very big thing, particularly for Kiwi firms.”

Data and the public cloud

It is also an increasing factor facing Australian firms, with the Australian Government considering whether certain government datasets should be declared sovereign and only be hosted in the country.

Warmington sees Veeam as increasingly being an enabler of data movement, as much as data protection.

“One of the biggest things I find with organisations moving to the public cloud is fear of not being able to get out again, or fear of any specific vendor lock-in, which is something that I think Veeam does a very good job of avoiding,” he says.

With around 40 per cent of Veeam’s New Zealand business consisting of cloud-based service solutions, a growing number of customers are seeing data backup and recovery as a service, rather than a hardware-centric solution, which it traditionally was.

The move to the cloud, where an organisation can have data across multiple platforms and needs a central way to manage back-ups, security and recovery, was driving a change in Veeam’s business.

“What you’ve got is a fairly big shift or interest,” says Warmington.

“Its, just give me the solution, not, what are the products I need to go and build the solution myself?”

Veeam® Cloud Data Management™ Platform is the most complete solution to help our customers evolve the way they manage data, making it smarter and more self-governing while ensuring its availability across any application or cloud infrastructure. It’s a single platform for cloud, virtual and physical to meet all your needs. It helps customers on the journey to modernising their Backup practice, accelerating hybrid cloud, and adhering to data security and regulations.