The case for a national IoT network

Everything from the farm gate to the factory production line is set to join the Internet of Things revolution. There’s only one problem - big gaps in connectivity are holding back our IoT aspirations. One engineer has floated a potential solution.

It’s hard to escape the hype around the Internet of Things. “By 2025, it is estimated that there will be more than to 21 billion IoT devices,” security software maker Norton tells us.

Just three years ago, IDC Research was suggesting there would be 30 billion connected devices in the market by 2020, with IoT generating economic value of US$1.46 trillion. Gartner went further putting the economic value at US$3 trillion.

Whatever the figure is in 2020, its fair to say that predictions of IoT uptake and value are optimistic at best, horribly overblown at worst. Either way, the technology has been overhyped. Two significant barriers to reaching those lofty estimates remain – the high cost of IoT sensors and devices and gaps in coverage that prevent true IoT networks from taking off.

In urban centres, the latter isn’t a major problem. With good 4G and increasingly 5G coverage, the mobile network is increasingly playing host to IoT devices. Campus-wide Wi-fi solutions are also networking more devices that monitor retail through to manufacturing operations, as well as security cameras and lighting systems.

Downloading on the farm

But beyond urban areas, mobile coverage can still be patchy. That’s a problem because one of the areas of real promise for IoT technology is our primary sector. Farmers are eyeing up the productivity gains that are to be had in remotely monitoring and controlling aspects of their land – everything from water tank sensors to automatic gate openers and precision irrigation systems.

But despite the government-funded Rural Broadband Initiative and wireless internet providers extending coverage, there are still major blackspots that make it difficult for much of rural New Zealand to get a low-cost IoT network up and running. 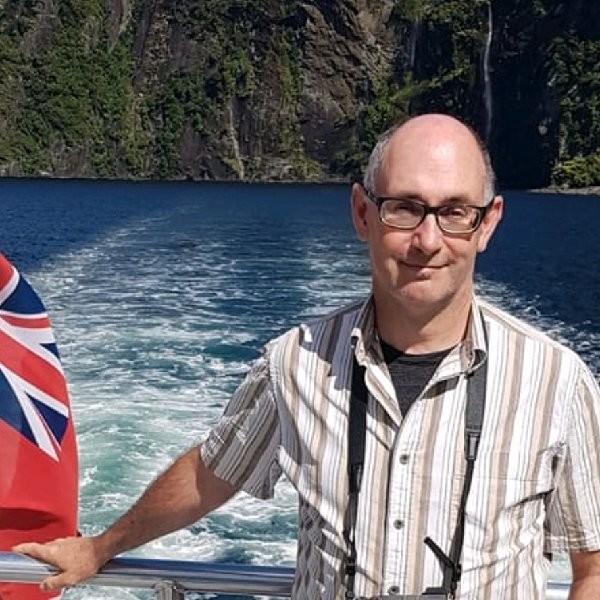 “We are seeing useful applications stalled because the cost of data collection is too high,” says John McDermott, a member of the executive council of the NZ IoT Alliance and founder of Boat Secure, which uses wireless devices to allow boaties to keep tabs on their boats while they are parked up at marinas or moorings.

The solution, McDermott says, is a national IoT network to let businesses, councils and communities to affordably implement IoT networks.

“We need a readily available low-cost IoT network to enable the digitisation of projects throughout the country: transport infrastructure management, asset tracking and monitoring, environment management, fresh produce supply chain monitoring, and a lot more,” writes McDermott in a new paper he penned after seeing numerous IoT projects stalled due to those two barriers – connectivity and cost.

The low power consumption of devices connecting over LoRaWAN and its coverage over a ten-kilometre area, makes it highly suitable for collecting data from IoT networks over wide areas beyond the reach of the mobile networks.

“I’m making the case for it from a technology point of view,” says McDermott. “LoRaWAN is easy to use. If you look at the number of people deploying on it, especially from a developer point of view, they are finding it fast, low cost, easy to both develop and deploy.”

Indeed, businesses are setting up their own private IoT networks employing LoRaWAN to provide connectivity. Construction firm McConnell Dowell is developing a “customised IoT system based on a private LoRaWAN network to enable its construction sites to collect and report on real-time information”.

While the innovation is promising, says McDermott, the rise of a patchwork of private IoT networks is a problem.

“We’ve got, essentially lots of small trial systems in place or small commercial systems, but I struggle to see how they’re really going to scale up,” he says.

“Because the small data IoT networks only make sense with scale. You need thousands of devices, to begin to get the revenue that makes sense.”

Spark and Vodafone have talked up IoT networks as a key use of 5G networks they are gradually building out in main centres.

“They’ve got the urban coverage, and they’ve got some spots of rural coverage,” says McDermott.

“But quite rightly, expansion is going to be business-case driven. So it’s got to be demand-led.”

With potentially thousands of devices connected in IoT networks, the cost per message between devices needs to be “fractions of a cent”, says McDermott.

The beauty of LoRaWAN is the low cost of entry – a gateway device can cost just $500 – $2,000. His worry is that the higher costs of operation and need for subscription revenue involved with mobile networks will see IoT struggle to meet the mobile operators’ requirements for a return on investment. Competing commercial priorities and a lack of scale could hold back IoT for years. But McDermott is keen to point out that it doesn’t have to be an either-or proposition. Mobile networks and LoRaWAN can work in tandem.

“We’ll probably end up with two networks,” he admits.

“That’d be a Spark urban network, and then there’d be a rural one, kind of a national network and interconnecting so that devices can operate on both networks. It’s actually very feasible.”

The other issue is the cost of IoT devices. A GPS tracking device, for instance, might currently cost $200.

The need for scale

I’ve got someone at the moment looking for a water level sensor. He just wants to buy a product to integrate into a system, but no one wants to sell a product because there’s no money in it. They want the service revenue through a platform, which gives them an ongoing return.”

A national IoT network could serve to lower the cost of devices by creating greater demand for them, lowering the prices. McDermott sees a role for councils to aggregate demand as they seek to monitor their own infrastructure and transport networks and assist local communities and businesses to adopt IoT.

“Each council shouldn’t be doing this alone,” he says. “We are a small country. So the more we collaborate and assist each other, the easier it is to scale up and deploy these things.”

But how would a nationwide LoRAWan network operate? McDermott suggests it operate on a not for profit basis. It wouldn’t be a profit-making venture, but would raise funding to build out coverage, allowing any operator to connect at low cost, building the scale to purchase IoT equipment at reduced cost.

The proposal throws up many questions. Will solution providers prefer recommend this network rather than deploy their own systems? Would the major telecoms operators get behind it without profit as a motivator?

Looming also is the prospect of IoT devices being connected via satellite. With satellite networks such as Elon Musk’s StarLink system already being developed, the price of satellite connectivity is set to drop dramatically.

“[Satellite operator] Myriota is saying that that message cost for its service will be between one and 10 cents a message,” says McDermott.

“If you use it for a predator trap, you’re only going to send a message a day. And if you’ve got 10,000 predator traps, a satellite operator is going to jump at supplying a system for that.”

Ultimately his paper on LoRaWAN is designed to start a conversation about IoT networks and what we can do to unlock the potential of the technology and overcome the barriers to its uptake.

“It enables economic and social improvement. The time to create this network is now.”