It might sound like a term straight out of science fiction books but the reality is that, in 2021, supercomputing is present in most people’s daily lives - whether they realise it or not.

From genome sequencing, to weather forecasting and stock trading, supercomputing touches many key areas of life in New Zealand – and its role is only going to expand.

A growth in Artificial Intelligence (AI) and data analysis is one of the reasons behind the supercomputing boom and the current Covid-19 pandemic is as much of a challenge to that as it is one of the things fuelling the need for it.

According to leading supercomputing specialist HPE, we are entering a new era of supercomputing: the “exascale era”, which includes a new line of systems that will further strengthen New Zealand’s position as one of the leading countries in scientific and medical research.

High speed data analysis, modelling and simulations through artificial intelligence are some of the ways supercomputing is helping New Zealand address big scale challenges, from the Covid-19 response to climate change issues.

In fact, all industries today can benefit from supercomputing capabilities because, as HPE’s April Neoh explains, “supercomputing is not just for the big end of town”.

“Computational models that are developed simply in an individual’s laptop and take days to run can be ported to a supercomputer to allow the result to be discovered in minutes,” Neoh adds.

“In simplistic terms supercomputing is about scale, the ability to perform a simple task quickly enough that you can string a whole lot of consecutive tasks together to help you answer a question that was not otherwise possible on other traditional systems.”

Neoh argues that the competitiveness of a country is “often directly linked to their supercomputing capability”. Key industries in New Zealand such as Oil and Gas, Finance and Manufacturing all rely on supercomputing to stay ahead.

Supercomputing users are typically linked to Research and Science organisations and the supercomputing community operates a worldwide network of shared knowledge, of which New Zealand is very much a part of.

Many of the world’s largest institutions often have outreach facilities that are available for use through collaborative projects – and this is often a result of science partnerships. Both the New Zealand and Australian governments have an established working arrangement, as do others internationally.

Locally, through the New Zealand eScience Infrastructure (NeSI), the community has access to supercomputing knowledge via an MBIE initiative that helps researchers, institutions and universities access high performance computing expertise and infrastructure.

The NeSI supercomputer is jointly owned and operated by National Institute of Water and Atmospheric Research (NIWA), a Crown Research Institute that conducts research across a broad range of disciplines in climate and environmental sciences, with much of their research supporting NZ industries in areas such as performance planning and risk assessment.

Supercomputing becoming part of every life

While mostly making headlines for things like the Higgs Boson particle at CERN, the reality is that supercomputing is now present in the daily lives of everyday New Zealanders.

Genome sequencing – particularly important as the country tries to keep coronavirus out of the community – is one of the main uses for supercomputers. But there are many others, all with influence in the lives of everyday Kiwis. In finance, for example, supercomputing helps with stock trading, to make faster, more accurate decisions than humans ever could.

In medicine, AI and supercomputing are used to analyse digital images and identify pre-cancerous changes, meaning the technology is literally lifesaving.

Supercomputing is also used in weather forecasting and climate analysis, helping forecast things like cyclones, floods and even earthquakes.

In New Zealand, specifically, HPE’s supercomputers can help with sheep breeding programmes and also play a role in fisheries, helping monitor vessels and their catch to ensure the sustainability of the industry. 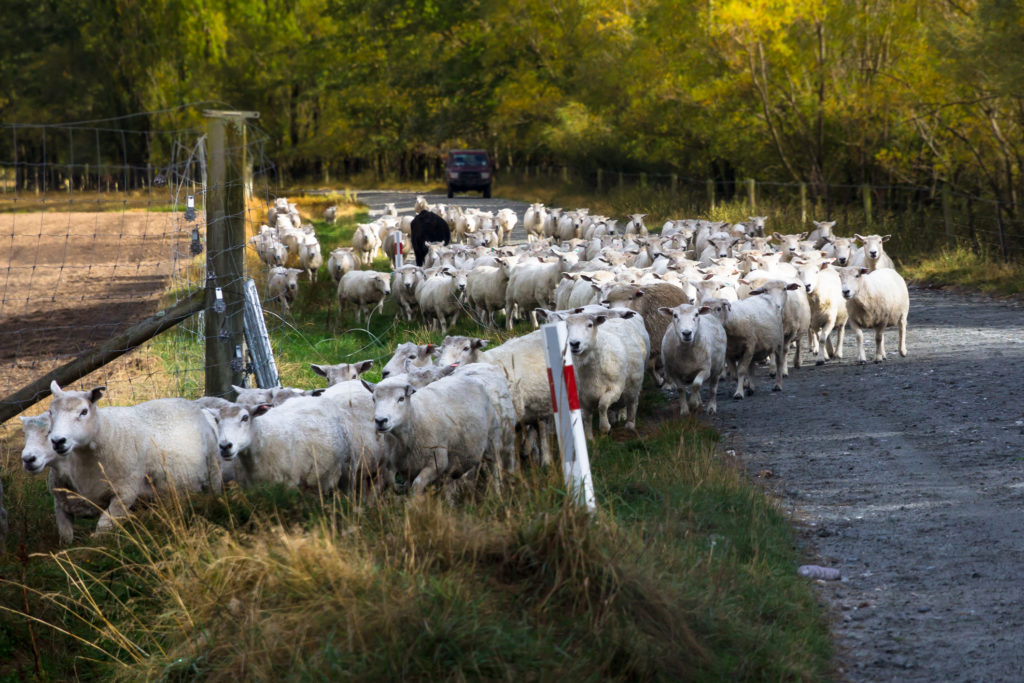 From the accuracy of the weather app on our mobile phones to monitoring the production and health of the fruit we grow in New Zealand, supercomputing is here to stay — and it already plays a vital part in everyday life.

Umbrellar partner HPE plays an essential role in keeping New Zealand’s leading edge in all these areas, through its investment in supercomputing.

Over the last few years, the acquisition of supercomputing leaders SGI, in 2017, and Cray, in 2019, have cemented HPE’s position as a leader in supercomputing, with the company now offering the broadest high performance computing roadmap and supercomputing skills in the market today.

Through its investment in the technology, HPE has a High Performance Computing (HPC) Specialist team that supports direct sellers and HPE partners to help determine the right technology to assist with their workload.

The company is now focused on the “Exascale era” of supercomputing, a speed milestone that rethinks how technology comes together to help answer the greater challenges faced by humanity today – and, more importantly, tomorrow.

“HPE is developing solutions in HPC to help with AI at a large scale, high-bandwidth storage systems that are cost effective and interconnects that allow the systems to communicate effectively,” Neoh explains.

“These technologies are all evolving in the exascale era to allow convergence of simulation, analytics and AI workflows. There is also a drive to extend this environment from in-house systems to a flexible cloud like infrastructure. HPE is not alone in this endeavour, much of the technology that we use in our solutions are from key partners like Intel, AMD and NVIDIA who are side by side with HPE in pushing the exascale reality.”

Based in Wanaka, Vera is a trending news reporter with her finger on the pulse of both local and international tech trends.

Hewlett Packard Enterprise is the global edge-to-cloud Platform-as-a-Service company that helps organisations accelerate outcomes by unlocking value from all of their data, everywhere. At HPE, we advance the way you live and work by engineering experiences that unlock your full potential.