CIO Summit: If data is the new oil, who’s refining it?

We are swimming in data, but poor on insights that can help us improve our businesses. Technology can help, but a more mature approach to data governance and processes is needed, says analyst firm IDC.

143 zettabytes. That’s the amount of data that will have been created, captured, copied and consumed in the world in 2024. It’s the equivalent of 19 terabytes for each living human being.

And the data mountain is growing at an accelerating pace as businesses go online and a new wave of digital devices, from smartwatches to Internet of Things sensors, capture more data and metadata. More data will be created in the next three years than in the last 30 years.

But there’s a problem. 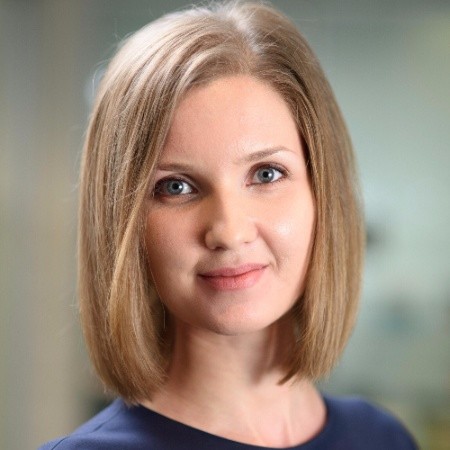 “Businesses tell us we have so much data but we don’t know what to do with it,” says Antonova who was addressing the CIO Summit held virtually yesterday as Auckland remained in level-3 lockdown.

While many New Zealand businesses roll out the metaphor that “data is the new oil”, relatively few are putting in place the framework to becoming genuine data-driven organisations.

“Currently in New Zealand, enterprise data has been mostly used for a limited set of processes, such as internal delivery process optimisation for report generation or spotting trends,” Antonova says.

There’s a race to bridge the gap between data-driven aspirations and the current reality, with IDC predicting that by 2023, 70 per cent of ‘global 2000’ companies will have “some metrics in place to evaluate value realised from data’.

That will enable them to optimise their resource allocation decisions across the business, cutting costs, improving customer satisfaction and hopefully leading to new lines of business. The message from IDC then is that investing in systems to capture and analyse data is important, equally important is evaluating the value those efforts are having across the business.

But there is a reluctance to place trust in data analytics, says Antonova, with most senior decision making still based on “intuition and experience”.

“It’s one thing to have data and drive insights and it’s a completely different challenge to believe and trust in data,” she explains.

It comes down to the maturity of an organisation’s approach to data. While the pace of change has lowered the cost of adopting digital technologies, including data analytics platforms, many New Zealand companies were just setting out on their journey to prepare to analyse large amounts of data effectively.

They still had to crystalise their approach to data governance, security, storage, management and perhaps most importantly, the data integration with existing platforms they were already running.

The complexities of each of those areas are considered the main barriers to becoming a data-driven organisation. One of the underpinning problems, says Antonova, is that organisations are holding onto too much data for too long a period of time.

“Organisations have been collecting and saving just about every piece of data that is available for them,” she says.

“Data has begun to mount and storage requirements continuously get more complex. Businesses seem to be keeping the data forever. This, of course, is not a good practice.”

It was important that businesses use cases for data that were tied to the business strategy and may attempt to solve problems facing the organisation as well as achieving “low hanging fruit” such as operational efficiency and improved customer experience.

While New Zealand organisations have a long way to go, Antonova is impressed that 62 per cent of them, according to IDC research, are already experimenting with artificial intelligence tools.

“It is amazing to see that top management in New Zealand organisations is really willing to experiment with AI to support decision making,” she says.

The key aims for use of such technology were improving customer satisfaction, automating processes and bringing agility into the organisation. Deploying AI, using technology to support real-time decision making and monetising the data they held were the areas they were most interested in pursuing.

The lines company recently unveiled a plan to develop a new energy platform (NEP) including incorporating an Internet of Things network.

The driver: The current rise in renewable energy sources, along with anticipated growth in electric vehicles and high consumer expectations for lower prices and sustainable energy sources require the energy industry to harness the power of data to make smarter customer-centric decisions.

The sports body behind our national team, the All Blacks and rugby at most levels of play in New Zealand, is using analytics to gain deeper insights into gameplay in order to improve team performance.

The driver: By automating the delivery of near real-time analytics from gameplay video, the platform provides coaches with accurate game analysis, which is free of subjective interpretation. Analysing this data, which includes details such as player locations, speeds, proximity and running paths, allows coaches to gain new insights that help teams to gain competitive advantage – and hopefully help the All Blacks reclaim the Rugby World Cup!

The driver: Time is money in the airline business. Delays come with airport penalties, higher fuel costs and disgruntled customers. AI technology helps operations staff to better monitor and understand what is happening during an aircraft turn around at the airport gate. Real-time alerts and predictive analysis can lead to better management of operations.

Ministry of Business Innovation and Employment

MBIE recently published a discussion document it is currently seeking input on, which considers the creation of a consumer data right (CDR) in New Zealand.

The driver: Establishing a CDR would give consumers greater choice and control over the data held with trusted third-party providers. This could also give rise to new products and services, allowing consumers to compare products more easily, seamlessly switch between providers, and transact with greater ease.