Quibi said it was in it for the long haul, but the quick bite TV streaming service lasted just six months. Why? Chris Schulz finds out.

The jokes were quick, the punchlines brutal.

“I have consumed more content about Quibi’s demise than actual Quibi content,” said one Twitter commentator. “Finally, someone went broke underestimating the intelligence of the American public,” wrote another.

BusinessWeek went a step further, describing the closure of the near-new streaming service as “one of Hollywood’s biggest flops”. In a world in which movies like Waterworld anad John Carter lose millions of dollars at the box office, that’s a big call.

But Quibi, the TV streaming service that hosted 50-plus shows and delivered episodes in chucks of 10-minutes or less, had reportedly secured US$1.75 billion in funding. It had big name backers, big time investors, and some very big stars on its shows.

Despite all of that, it lasted less than six months on the market. Calling Quibi a flop isn’t just apt, it’s entirely accurate. 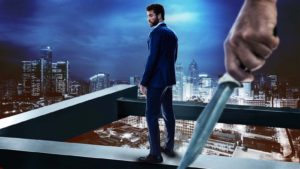 So what went wrong?

Founder Jeffrey Katzenberg blamed several factors when announcing its demise. Those included failing to attract enough advertisers and subscribers, and the fact they launched a mobile-only streaming service designed for people to watch in short bursts while commuting during a worldwide pandemic.

“Everything about Quibi was designed to be on the go, in-between moments at a moment in time which no one was on the go and their in-between moments were on their couch,” Katzenberg told Deadline in his first interview after Quibi’s end was confirmed. “Suddenly we were competing for people’s attention in a way that we never conceived of or thought of.”

Basically, he’s suggesting that everyone had their TV supply chain sorted when the pandemic struck, and there was no wiggle room to get a look in over the big guns. Which is true. If you found yourself stuck at home on lockdown and finally had time to watch some television, you’re not going to do it on your phone with an unproven newcomer. It’s why Netflix subscriber numbers have ballooned, and Amazon Prime Video’s aren’t far behind.

But there are bigger factors at play, a collection of things that conspired against Quibi to help create a perfect storm to lead to its downfall. They’re things other streaming services need to be very wary of in this over-crowded marketplace.

A streaming service needs at least one killer show

Disney+ has The Mandalorian. HBO has Game of Thrones. Neon has The Office. Netflix has Orange is the New Black. Quibi had … what, exactly? While some of Quibi’s shows had big stars and solid reviews, many felt like the kinds of things we’d seen done better before. Even worse, some of its shows were out-and-out bonkers. No one needs a Punk’D reboot in 2020. Murder House Flip, a renovation show focused on houses where bodies are found, is just gross. And whoever greenlit Dishmantled, in which chefs recreate fine-dining meals  fired at them from a cannon, is surely on drugs. A little weird can be good, but you need a couple of stunning shows to attract subscribers and balance out the mix, and Quibi didn’t have them. 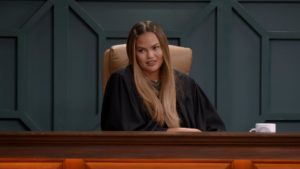 There are already too many streaming services

Ten years ago, we had just a handful of free-to-air and cable TV channels to choose from. Now, there are more than a dozen streaming platforms fighting for our attention. Do you choose Netflix or Amazon Prime Video? Neon or YouTube? Apple TV+ or Disney+? Acorn or Shudder? When you add free services like TVNZ OnDemand and ThreeNow into the mix, the choice can be overwhelming. It’s like being given a restaurant menu with 75 dishes on it. We don’t need more choice right now. If anything, we need consolidation, someone to package all of those products into one handy package. That’s why Neon’s recent purchase of Lightbox was so brilliant, and it’s why Vodafone TV is so good. Adding another service into the mix just added to the overwhelm.

If you’re waiting for a bus or standing in a queue at the supermarket, you already have Twitter, Facebook, Instagram, YouTube and TikTok to help pass the time. Not once have I been standing in line at the bank and thought, “I need to watch several minutes of a big budget dystopian thriller starring Liam Hemsworth right now.” Asking people to invest in short form video content is all well and good, but those shows need to stand for something. Quibi’s programming decisions were incredibly scattershot. If you’re into twee comedies and comicly British police procedurals, Acorn is the streaming service for you. If you want buckets of blood and gore, horror service Shudder is the one. Quibi’s only niche is that all its shows were short. That niche is already filled by social media giants. And only an idiot would go up against them.

A worldwide pandemic screws everything up

Katzenberg has pointed to this as the biggest reason Quibi failed. For all of the reasons above, it seems like a cop out. Yes, if Quibi had launched in April of 2019, it would have had more of a chance at survival. But it didn’t. It launched in April, 2020, when we were right in the thick of Covid-19 lockdowns. Many forms of entertainment have been much smarter about adapting to this. Sequels for A Quiet Place, Peter Rabbit and Bond have all been delayed.  Big budget video game The Last of Us Part II waited until it could be launched properly. Tours by major international stars are  all postponed until it’s safe to go to concerts again. If Quibi had read the room, it might have realised that postponing its launch for 12 months might have given it a fighting chance. Instead, here we are.