With the New Zealand video games industry on track to become a $250 million export industry, one local games studio sees the pandemic as an opportunity to grow.

Wellington video games studio PikPok, maker of popular games titles like Into the Dead 2, Zombie Rescue Squad and Ready Set Golf, had some idea of what was coming in March when Covid-19 forced people into lockdown all over the world.

Mario Wynands has navigated numerous market downturns since he co-founded the company in 1997 as Sidhe Interactive. As the company prepared to send its game developers home, Wynands was at least able to comfort staff with some data taken from the global financial crisis of 2008-2009.

The figures showed that while many industries suffered through the recession, video game sales proved remarkably resilient

“That was comforting in a way for staff because we were able to basically say, look, here’s what will probably happen and here’s why,” Wynand told an IT Professionals NZ webinar audience last week. 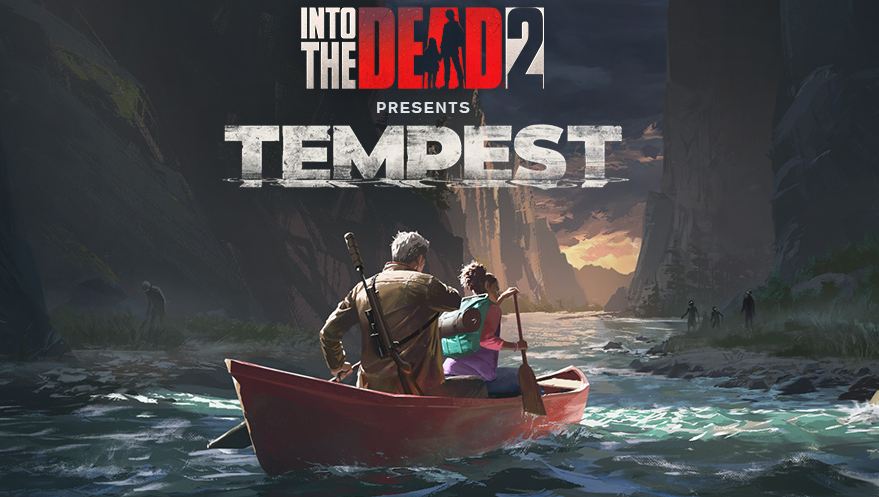 The figures were similar for PikPok, which specialises in games for mobile devices and which has now seen over 420 million downloads of its games across the world and in 25 languages.

“We did see a 30% increase in revenue for three months across April to June, so obviously that was huge for us,” says Wynands.

PikPok had closed out 2019 ahead of its targets and optimistic for a big 2020.

“Week to week, month to month we were outperforming our predicted expectations and that set us up in a nice place.”

The company, which then employed around 150 staff mainly at its Wellington-based offices, was doing increasing business with outsource development partners in the Ukraine, Colombia and the Philippines.

It had a healthy slate of games ready to launch. When the world changed in February and stay at home orders were issued by governments everywhere, PikPok had to adapt to remote working, like every company. But it did so in the face of booming demand.

Not only were billions of people stuck at home with more time on their hands, but they were also reaching for their everyday mobile devices to amuse themselves.

“People were playing on devices which were non gaming-specific like their phone, their tablet computers, that sort of thing,” Wynands says.

“So for us, with most of our games and most of our revenue coming from smartphone, that wasn’t such a bad thing.”

He says usage of PikPok’s games is up 35% compared to before the pandemic. The company’s revenue model relies on in-app purchases gamers make as they progress through games that are typically downloaded for free from Apple’s App Store and the Google Play store on Android devices.

Gamers were logging into games more often and playing for longer.

“The more people play, the more things they find in our games and we monetize them through ads or in-app purchases,” explains Wynands. 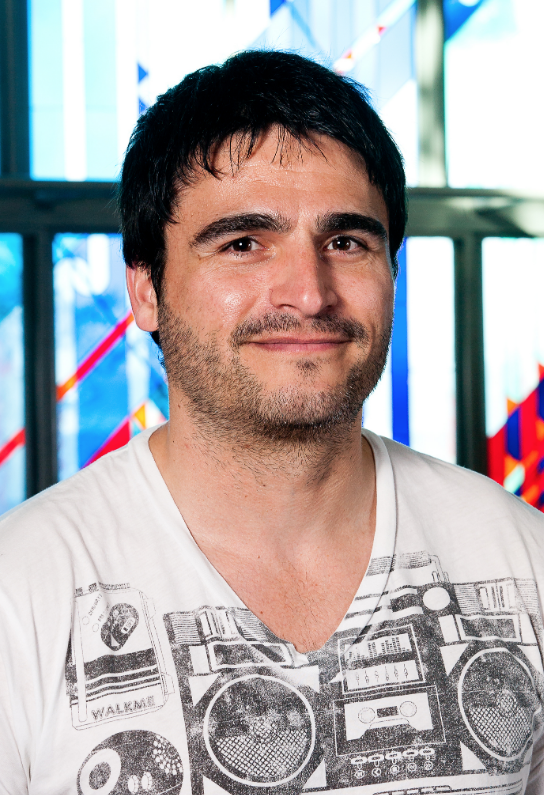 Business is booming, but the pandemic has affected PikPok’s business in other ways. It proactively trialled remote working prior to lockdown, which made the transition smoother when Level 4 restrictions forced everyone home locally.

Developers departed with their workstations and PikPok increased bandwidth capacity to its studio server so everyone could easily access it via a VPN connection from home. Nevertheless, Wynands estimates productivity dropped 20% during lockdown.

He puts that down to the unique requirements of video game development.

“Most of that kind of came from having, you know, more than a reasonable number of video conference calls.” he says.

The collaborative creative process of making games, where brainstorming and organic discussion fuel development, didn’t translate so well to the formal setting of video calls. There were other limitations too. Sony and Nintendo, which PikPok develops games for, required their console test equipment to stay in the company HQ and it was impossible to do the type of usability testing among gamers that PikPok normally does.

The company also saw new hires stranded overseas as lockdown spread along with the virus.

“One was driving from Poland to Frankfurt airport [to head to New Zealand] during which time lockdown descended,” says Wynands.

Still, PikPok now has a headcount of 170, two-thirds of them Kiwis, and many of those overseas hires are yet to make it to New Zealand.

Wynands says PikPok has more work to do to accommodate remote working in a way that suits the particular needs of the video game development business.

“How do you build a company culture, how do you build a team in a distributed environment? It’s not an easy thing. We have some work to do to work out how we can make the policy more flexible,” he says.

There were other, less well-anticipated impacts of the pandemic.

PikPok had a game available on the App Store that simulated a virus trying to take over the world. It proved a hit in China, just as the Chinese Communist Party faced scrutiny over its handling of the virus outbreak in Wuhan, where the origin of Covid-19 had been traced to.

“Chinese authorities obviously didn’t like this and the connotations of that,” says Wynands.

“So it got removed from the App Store and actually that incident then led the Chinese government to take a much closer look at what was happening with games coming into China. They are [now] looking at imposing much stricter controls to accessing the App Store.”

It was an awkward moment for PikPok. But the company has so far managed to avoid any fallout for its other games that are available in China, which is a relief for Wynands given China’s emerging status as the number one market for video games.

“China, typically has been either the number one or number two market, in terms of downloads or revenue for about seven of the last eight games that we’ve released,” he says.

PikPok has to partner with a local Chinese company to release games there and can’t release games on the Android platform in China. It has spent years building relationships in China to grow its business there, where certifying and licensing content can take years.

“We’re quietly hoping that games don’t get taken down, because obviously, that would have a meaningful impact,” he says.

A threat to PikPok’s revenue could come from another vector. Wynands says there is growing scrutiny around the world of the “freemium” model of mobile-based games, which rely on in-game purchases. Restrictions more common to online gambling platforms are being proposed to protect consumers from what is seen as addiction-forming methods that see some gamers spend more and more on games. The United Kingdom’s Children’s Commissioner last year called for the reclassification of “loot box” mechanisms in games as gambling.

A loot box is a type of digital grab bag that players have to spend in-game currency on, which ultimately needs to be topped up with real money. The Commissioner also recommended spending caps, warning labels and age verification to protect children from harm playing video games.

The industry is still wedded to the in-app purchase model for mobile games, though Wynands says that game subscriptions now account for around 10% of PikPok’s revenue.

“In terms of these kinds of all-you-can-eat services like Netflix, I think it’s good, as a developer and publisher to participate in those right now,” he says.

“I’m not sure whether that’s sustainable over the longer term for developers.”

Covid has accelerated gamers’ appetite for digital downloads over owning physical copies of games, he adds, which will have significant consequences for the video game industry. One trend that was hyped a few years ago, the rise of virtual reality in video games, would be less impactful in future, says Wynands.

“There’s an organic, slow growth there, but the big money is not going to be in VR from my perspective. The big money, not only games in but in tech in general, is going to be augmented reality or mixed reality.”

Mass adoption of mixed reality glasses or headsets would be a game-changer for the industry, but Wynands thinks it is unlikely to come from the likes of Magic Leaps, a mixed reality headset developer that has attracted billions of dollars in investment but has this year pivoted to commercial and industrial applications.

“When Apple decides to unveil to the world that yes, they are working on some kind of mixed reality headset as all the evidence seems to point to, that’s going to be a really exciting time,” he says.

Apple, he points out, already has credit card details for hundreds of millions of people who are connected to Apple services and have Apple hardware in their pockets. 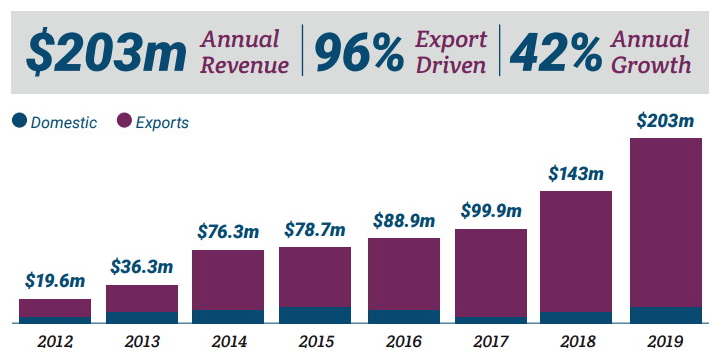 The growth of the New Zealand games development industry

Results of a survey of New Zealand’s video game developers will be released in late November and are likely to reveal an industry in good health. Last year’s survey showed that New Zealand interactive game developers earned $203.4 million dollars during the 2019 financial year, double that of 2017.