As a native of San Mateo County, the region of California that spans part of what we now know as Silicon Valley, you’d expect Zoe Lofgren to be a staunch advocate for Big Tech.

Indeed, the 72-year-old Democrat congresswoman’s connections to the tech sector precede Facebook, Twitter and the other social media platforms that today present Washington D.C. lawmakers with such challenging moral and legal questions.

That little company was Google, where Schmidt served as CEO from 2001 to 2011. But now Google, as well as Amazon, Facebook, Apple and others, are in Lofgren’s sights as she joins other Democratic and Republican lawmakers in raising privacy and competition concerns about the Big Tech companies.

“As the Internet companies matured without a lot of regulation, some issues have emerged where attention is needed,” Lofgren, who has represented California’s 19th District since 1994 and sits on the House Judiciary Committee, told a hearing on Capitol Hill last July.

“I think it’s fair enough to examine what kind of rules should be set in certain elements of the tech economy,” she added.

Lofgren in November joined with her fellow Democratic colleague from California, Rep. Anna Eshoo, in sponsoring the Online Privacy Act, which if passed would see the creation of a national Digital Privacy Agency that would have a staff of up to 1,600 people to enforce strong new privacy rules. 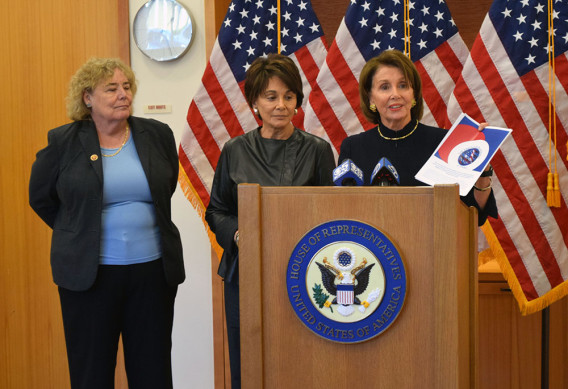 It is one of several privacy bills introduced by lawmakers and has received support from civil rights and consumer advocacy groups. It would give every American the right to “access, correct or delete their data” while introducing the “right to impermanence”, letting users decide how long a company can hold on to their data.

With many similarities to the General Data Protection Regulation (GDPR) introduced by the European Union in 2018, the law would also require US companies to minimise their data collection, bar them from using data in discriminatory ways and require that consent forms were written in plain, simple language.

Strong financial penalties would be introduced to enforce violations of the law.

That legislation still has to make its way through the Washington D.C. law-making machine and its fate it inexorably tied to the outcome of the Presidental election. But Lofgren sees addressing lax policies around consumer data privacy protection as the real answer to the overwhelming power of the Big Tech companies. After all, it is the data that we generate that has helped build their vastly profitable businesses.

“We need to focus on whether competitors and consumers are being harmed and if that’s the case, what are the remedies?”

The remedy is not necessarily forcing a break up of Facebook, Google or Amazon, she adds. Lofgren was in Congress during the anti-trust action the US Department of Justice took against Microsoft.

The software maker’s bundling of the Internet Explorer web browser with its Windows operating system on new computers was seen as giving it an unassailable lead over competitors such as Netscape Navigator.

“Well, ultimately you know that happened, but that’s not why there are a variety of browser options that was innovation,” she says.

What happened was that the US Government won the case breaking Microsoft’s hold on the browser market. But Lofgren disagrees that it led to the highly competitive browser players that subsequently emerged.

“Firefox was launched by Mozilla in September 2002 not because of the antitrust case, but because of innovation,” she maintains.

She is wary of the innovation that fueled the rise of Silicon Valley being crimped due to an excess of regulation. She doesn’t, for instance, think that Facebook, with its additional ownership of Instagram and Whatsapp making it the most powerful social media platform in the world, should face the type of anti-trust action Microsoft did.

“I think sometimes the remedy is not necessarily, you know, a very bulky lengthy anti-trust measure but to take a look at the privacy issues,” she says.

“And that might be a more effective way to deal with the concerns that people have about control.”

Market dominance flows from the collection of vast amounts of data – that’s all that separates Facebook from its competitors.

“We need to have a law that you can’t wave away, because the abuse of collection of private information is a harm, not just to individuals but to society,” argues Lofgren, who in January was selected as one of seven impeachment managers who presented the impeachment case against President Donald Trump during his trial before the United States Senate.

Trump was ultimately acquitted when Democrats failed ot gain the two-thirds majority of the Senate that was required to convict him. 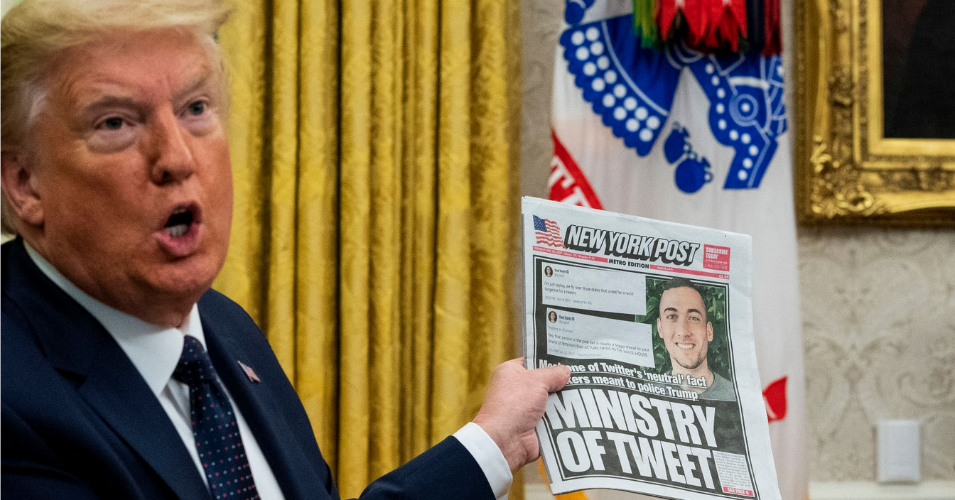 The bill Lofgren and Eshoo drafted doesn’t rely on opt-in or opt-out provisions in privacy policies, because too many people don’t understand the implications of having their information collected.

“It sets requirements for tech companies about what they cannot gather about individuals,” Lofgren says.

Too often, tech companies were presenting users with privacy policies “carefully crafted to yield a result to manipulate people”.

As well as tackling the power of Big Tech companies to gather and use our data with their algorithmic systems, Lofgren has also challenged the power of the state to impinge on US citizens privacy.

“The latest fight we had and it has it’s not over yet, is whether the US government can obtain, browsing history of Americans in bulk, to get information about our personal lives,” she says.

“If there wasn’t a browsing history, because our Online Privacy Act passed, that would no longer be an issue.”

If companies were forced to gather only the minimum amount of information with which to serve their customers, there would be less scope for mass surveillance as well, she says.

Lofgren has come out strongly on the side of Silicon Valley against a push by the US Government, supported by President Trump, to require tech companies to build back doors into their encryption systems. Such a move, she says, would inevitably see such back doors exploited by hackers.

“It’s dangerous for Americans, because it will be hacked and there’s no way to make it secure.”

“There could be unforeseen consequences by some of those policies,” she says.

“It will kill startups, I mean, the only companies that will have any chance of complying will be large companies.”

Therefore, another way to deal with the viral spread of the video live-streamed by the Christchurch mosque attacker has to be found.

Lofgren said Facebook, which this year faced a major boycott by advertisers over perceived weaknesses in its policies and systems for preventing hate speech to spread on its platform, “talks a good game” when it comes to reforming the company.

“But their actions have been deficient and they should be held accountable for it,” she concludes.

“Google’s algorithm is being gamed. Google changes the algorithms so that they can’t be gamed. Facebook just says well, it’s not our policy. That’s really pathetic, and they need to do a much better job.”

The direction of tech-related policy could look very different with Joe Biden in the White House, says Lofgren.

“I’m hopeful that with a change in the political outlook in the country following this election that we’ll have a new opportunity to pass a bill that actually works.”