Ten techy TV shows to binge over the long weekend

Got some time to spare over Labour Weekend? We've got you covered with 10 binge-worthy TV shows and films that will help scratch that tech itch. 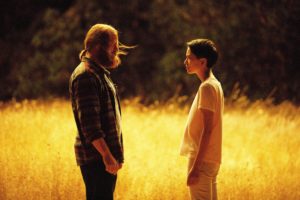 A scene from Devs, a slow-burn TV show about a tech company reaching for the stars. Photo/Neon

If you only know Nick Offerman as Ron Swanson from Parks & Recreation, you’re in for a treat. In Devs, he goes way, way against type by playing a dodgy bearded tech guru reaching for the stars. Alex Garland’s sci-fi epic from earlier this year is a slow-burn, high-concept series about how technology can easily turn evil if used in the wrong way. Sound familiar? It should: in 2020, Devs feels just a little too real. 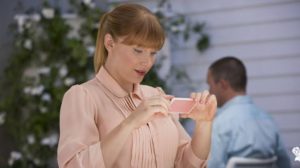 It’s been some time since we’ve had a new episode of Charlie Brooker’s Black Mirror – but that’s as good an excuse as any to go back and re-watch them to see just how prescient they’ve been. With each stand alone episode putting future-tech front and centre, there have been some incredible twists that don’t feel too far from present-day life. What if our social standing was based on our Facebook star rating? What if we could bring loved ones back to life in lifelike, AI-driven bodies? What if you could transfer consciousness into your video game avatar? Black Mirror poses questions for things that feel closer than ever. 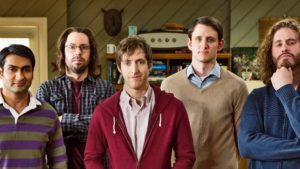 Inept? Awkward? Hopeless? The app developers at the centre of this long-running series are all of those things, but they’re also incredibly funny. Across six seasons of hilarity, Richard, Gilfoyle, Dinesh and Jared delivered plenty of LOLs as they attempted to develop Pied Piper, a data compression algorithm, and sell it to tech big wigs. This Mike Judge series brilliantly skewers Silicon Valley’s reputation for egos and excess and was so popular it turned much of its cast into major stars. So it’s a crying shame it all came to an end last year. Silicon Valley felt like it could run and run.

The Inventor: Out for Blood in Silicon Valley

With her black turtleneck sweaters and reputation for outbursts, Elizabeth Holmes believed she was the next Steve Jobs. Theranos, her company,  made huge promises, saying it could build a blood test kit that could deliver fast results without the need for needles. It started well: at one point, Theranos was valued at US$10 billion and Holmes became a Silicon Valley superstar. The Inventor: Out for Blood in Silicon Valley details what happened next – and if you don’t know, you clearly haven’t read the books and listened to the podcasts already devoted to this fascinating downfall.

A scene from the surprise hit Netflix film The Social Dilemma. Photo/Netflix

This Netflix documentary caused an uproar a few weeks ago, sending phone addicts into a spiral as they began questioning their social media habits. Some went so far as to delete their Facebook, Twitter and Instagram accounts. Why? The Social Dilemma is a damning indictment on the damage social media is doing to society, blaming it for everything from America’s extreme political division to rising self-harm and suicide rates among teens. Featuring interviews with many of the people who helped developed the things everyone is now hooked on, it’s a desperately alarming film that remains 2020’s must-see film.

What do you do when you’ve created one of the world’s most popular comedy shows? For Greg Daniels, who helped adapt The Office for US audiences, which remains one of the world’s most-streamed TV shows, you look to the future. Upload is set in 2033, a time when people move into digital afterlives once they die. It’s kind of like The Good Life for nerds, and while it’s not yet at Office levels of popularity, give it time. Upload has a second season coming soon, and reviews have been good. “Fast-paced, very funny and ultimately life-affirming,” wrote TV Guide.

Where to  stream it: Amazon Prime Video 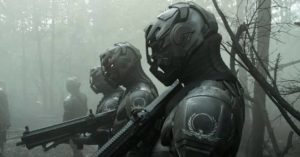 This great Netflix series was brutally cancelled after just two seasons, a crying shame as it was just finding its feet. Based on a Richard K Morgan novel, Altered Carbon was set in the futuristic Bay City, a world in which human consciousness could be transferred between bodies. A cyberpunk thriller, Altered Carbon looked great and received great reviews that improved across its second season. Sadly, it wasn’t to be and the show bowed out with an all-anime film that debuted on Netflix earlier this year.

The OG of tech-based sitcoms is Graham Linehan’s The IT Crowd. Based in the basement of a British office building, it followed the exploits of Roy, Morris and Jen as they did what IT people do and fix stuff. The show got more surreal as it went on, delivering increasingly bonkers storylines. Despite only lasting for 25 episodes, The IT Crowd’s legacy lives on, with many of the show’s catch phrases – like, “Have you tried turning it off and on again?” – are still used today. 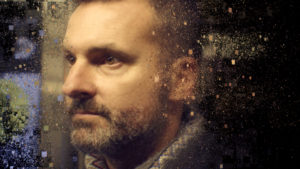 David Carroll in the Netflix film The Great Hack. Photo/Netflix

How did Donald Trump win the US election in 2016? That’s the question at the heart of this deep-dive documentary that examines how Cambridge Analytica exploited Facebook users’ data to target voters with Facebook ads during Trump’s election. It’s a scary examination of exactly how much of your information you sign over on social media, one that shares common traits with The Social Dilemma. But, with a key American election looming in just a couple of weeks, it’s worth taking a trip back in time to see how this all played out four years ago. 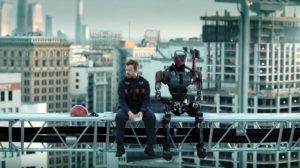 It was supposed to be the replacement for Game of Thrones. It looked like millions of dollars had been spent on it, because millions of dollars had been spent on it. And the premise was solid: AI theme park ‘bots being used and abused by wealthy guests gain consciousness and rebel. Westworld hasn’t quite delivered on all those promises it made across its first season, with a complicated timeline that required going back and rewatching episodes to understand the damn thing. But Westworld’s expanded third season got things so right, it almost made getting through those first two seasons worthwhile. Season four, we’re ready.