It's time to start planning your Christmas wishlist and you can't go wrong with our festive gadget buyer's guide. 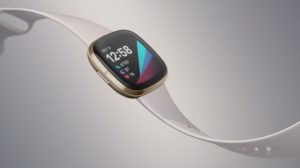 Fitbit Sense is the smartwatch maker’s most expensive product yet. Photo/Fitbit

Who needs a smartwatch? Everyone, apparently. Since Apple and Samsung jumped on the bandwagon, the smartwatch market has become incredibly overcrowded. But Fitbit is the OG when it comes to fitness wearables, and the company’s latest release is its most progressive yet. Like its other watches, Fitbit Sense offers step counts, heart rate monitoring and sleep tracking, but it also includes new innovations like taking skin temperature readings, curated workouts, and meditations to manage stress. Pretty soon, your watch is going to know you better than you do. (RRP $579.95, Fitbit.com)

Kids love gadgets too, and Osmo has a great range of products to keep littlies entertained while teaching them along the way. Using your household iPad, Osmo offers a range of tech toys for kids up to the age of 10. Those include maths games, drawing challenges, spelling quizzes and games that are secretly educational. Our kids love the Detective Agency, in which you travel the globe looking for suspects and solving clues using a map and a magnifying glasss. But the one they play the most is Pizza Co, in which they open a pizza shop, cooking pizza and counting change under pressure. Shh, just don’t tell them they’re learning stuff. (Starter kits begin at $79, Osmo.com) 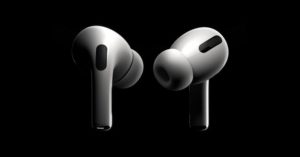 Let’s face it: Apple’s initial Airpods were a little dinky, more tech fashion statement than headphone innovation. The Airpods Pro changes all of that. Why? The inclusion of active noise cancellation is an absolute gamechanger. While competitors have struggled to make in-ear headphones that offer noise cancelling without being as big as an actual apple, Apple has nailed it. Whether you’re streaming music, bingeing podcasts or listening to the entire Harry Potter audiobook, you won’t hear traffic or chit chatter or literally anything else, and you’ll barely even notice you’re wearing headphones at all. It’s a revelation. (RRP $449, Apple.com) 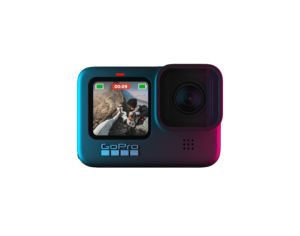 Hero 9 is GoPro’s best camera so far, with many improvements over the Hero 8.

If you’ve struggled making selfie videos with previous GoPro cameras, that’s no surprise. Anyone used to using selfie-mode on their phones suddenly found they didn’t know whether or not they were in frame when using a GoPro. Released just a  few weeks ago, the Hero 9 changes all that by including a front-facing colour screen for the first time. That’s not the only addition, with a hyper-smoove mode creating footage that looks like you’ve been making movies for decades. We trialled it while going crazy on a trampoline with the kids, and the results were stunning. We’re coming for you, Peter Jackson. (RRP $799.99, GoPro.com) 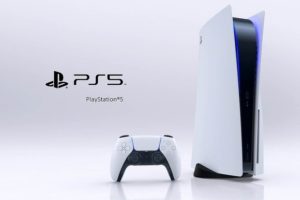 The Playstation 5 will be out before Christmas. Photo/Playstation

Come November, the race is on to secure one of two hot new gaming consoles on the market. Pre-sales for the Xbox Series S&X (RRP$799, November 10) and the Playstation 5 (RRP $819.95, November 12) are sold out pretty much everywhere, and those that have successfully pre-ordered have been warned they might not arrive on time. Both consoles offer plenty of bang for your buck, some very impressive games and boasting rights among your friends, so read our buyer’s guide here and make up your mind quick! 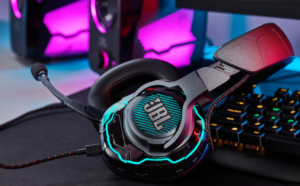 If you’ve got a gamer in your life, these will light a fire in them. JBL’s latest premium range of gaming headphones includes the Quantum One, some of the best on the market. With surround sound and active noise cancelling, they do the job when it comes to intense and immersive gaming, but they also look cool too, with flashing neon lights splattered around the headphone cups. We trialled them for some heart-pounding sessions playing The Last of Us: Part II and can confirm they sound spectacular. Better yet, you won’t wake anyone up during all-night gaming sessions. (RRP $549)

Look, it’s nearly summer and you’re going to need some tunes for all of those outdoor picnics, parties and barbecues you’re planning. The portable speaker market is awash with cheap, cut-price options, and it’s easy to get confused. But you get what you pay for, and when it comes to sound you should probably get the best. Bose’s premium portable speaker is the Soundlink Revolve+ and it sounds ridiculously good. We’ve been warming ours up for a few months now, and it’s become our speaker of choice, offering perfect and surprisingly loud surround sound in the lounge, kitchen, bedroom, and yes, outside, once the sun comes out to play. (RRP $499.95, Bose.co.nz) 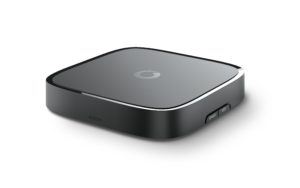 If you love television – and who doesn’t after two Covid-19 lockdowns? – then you need one of  these in your life. Vodafone TV crams every television streaming service, and more, into one handy package. It’s got Freeview. It’s got YouTube. It’s got Netflix, Neon, and Amazon Prime Video. It’s got TVNZ OnDemand and ThreeNow. It’s got recording abilities, rewind and fast forward options and preset programme options. And it’s so small! Just a tiny black box that sits behind your TV set and gets the job done. Brilliant. (RRP $179, Vodafone.co.nz) 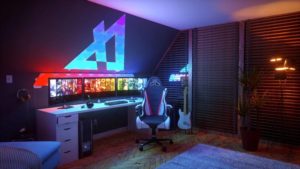 Among the most-used gadgets in our house is a modular setup of LED lights in our hallway. They change colour during the day, dance to music, and generally brighten the place up nicely. Programmable via an app, Nanoleaf’s panels can be rearranged into multiple designs and used to brighten up kids’ bedrooms, dimly lit corners, or anywhere that needs a burst of colour. Speaking of which, Nanoleaf boasts of offering 16.4 million different colours to choose from, which is kind of ridiculous, but sure can keep the kids busy when they’re trying to choose their vibe of the day. (Starter kits begin at $369)

If you’ve got a bike sitting idly in a shed somewhere, now’s the time to drag it out. That’s because Tacx’s Neo2 and Zwift will turn it into an exercise machine that you’ll definitely want to use. Using the Zwift app, which is available in New Zealand, the Neo2 gets you on your bike and racing against online competitors on courses from all over the world. After just two rides, I’ve ridden through stunning mountain ranges, around beautiful waterfronts and even through an aquarium, all from the comfort of my own home. Warning: this can make exercise incredibly addictive. (Neo2 RRP $2899, Zwift app subscription US$14.99 a month)