A trans-Tasman partnership is tackling low indigenous representation in the tech sector and corporate world in general through internship programmes aimed at giving Māori, Pasifika, Aboriginal Australians and Torres Strait Islanders a pathway to professional employment.

In the midst of a Salesforce Live event beaming out across Australia and New Zealand yesterday and dominated by the impacts of the pandemic on CRM users, a more systemic issue was also on the agenda.

“One of our core values at Saleforce is equality and a great indicator of equality is diversity in the workplace,” Salesforce New Zealand Managing Director, Craig Skinner, said as he opened the virtual event with New Zealand-born Salesforce ANZ Chief Executive, Pip Marlow.

“In New Zealand Māori and Pasifika make up around 27 per cent of the population, yet their representation in the technology sector is just two per cent,” he added. 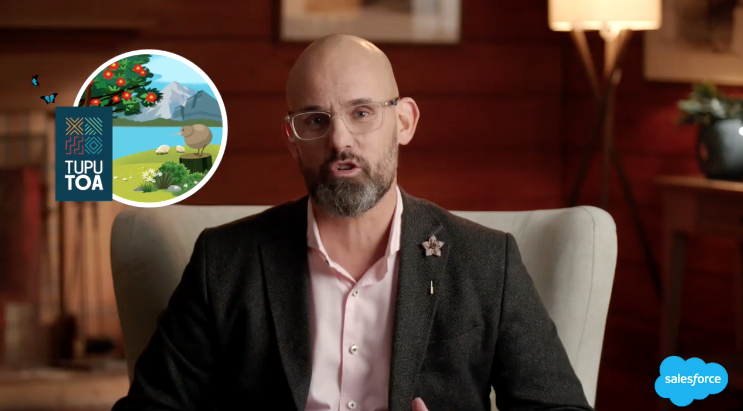 Putting the issue in perspective on the other side of the Tasman was Adam Davids, Director of Learning at CareerTrackers, which over the last decade has supported thousands of Aboriginal and Torres Strait Islander students through internships that have led to university degrees and permanent jobs for many of them.

Turning the tide of inequity

“Indigenous Australians earn 66 cents to every $1 earned by other Australians,” said Davids, who is a descendant of the Wiradjuri people in western New South Wales.

CareerTrackers was inspired by a US-based minority internship programme called Inroads, founded in Chicago in 1970 by Frank Carr, an African American and Catholic priest who gave up a successful career in publishing to devote himself to nonprofit work.

With 89% of CareerTrackers students making it through to graduation, it has proven to be an incredibly successful programme and one that has inspired a similar effort on this side of the Tasman to address the same systemic issues.

“In New Zealand, we have a saying, if you’re Māori, you need to understand your whakapapa, your connection to your genealogy,” Anne Fitisemanu told the Salesforce Live audience.

Fitisemanu is the chief executive of TupuToa, which was established in 2016 to mirror in New Zealand the work CareerTrackers was doing in Australia.

“CareerTrackers and Inroads as part of TupuToa’s genealogy,” said Fitisemanu, who is of Niuean, Samoan and European heritage was previously Community Manager for Pacific Health at Counties-Manukau DHB. 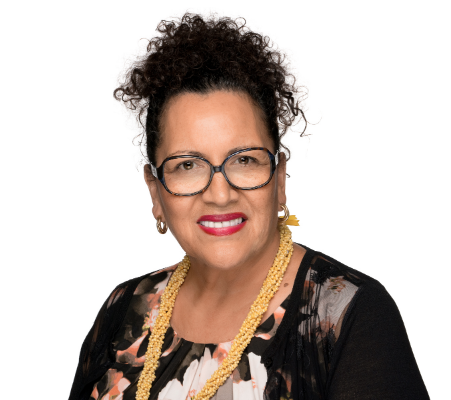 Fitisemanu said that relationships trust were key to successful partnerships with organisations who take on TupuToa interns.

“With that trust, they’re more likely to and develop themselves culturally and to stretch into developing cultural capability across the organisation, which in turn, creates a better place for these young people to go into,” she said.

For Davids, who hosted a visit of Māori and Pacific Island elders in Australia, which led to the CareerTrackers model being adopted in New Zealand, the efforts of both organisations are about the future potential of indigenous people.

“Now, we could talk a lot about the fact that there is this historical marginalization that’s occurred,” he said.

“But really what that means now is that we have probably the largest untapped pool of talent that sits within the indigenous community.”

Over the summer, Salesforce put around 30 Tuputoa interns through its Salesforce administrator training programme. Yesterday, Skinner announced an expansion of its relationship with Tuputoa, becoming a fully-fledged partner and undertaking to host two interns a year for the next three years.

Salesforce also unveiled an A$670,000 grants scheme to help small businesses dealing with the impacts of Covid-19, a scheme that would favour indigenous and female business owners.

It comes in a week where the New Zealand Hi-Tech Trust launched a new foundation aimed at improving diversity in the New Zealand tech sector through the launch of the Hi-Tech Foundation.

The Foundation hopes to grow an endowment of $25 million to support scholarships and funding of educational programmes. It kicked off its efforts this week with a programme that will offer five scholarships worth up to $5,000 each. Applications close October 31.