National has unveiled a plan to double the size of the tech sector by 2030 and employ 100,000 extra people in highly-skilled jobs. But with most of the planned funding going into broadband infrastructure, does it have a chance of succeeding?

ANALYSIS: The last time we heard from the political parties about innovation and the tech sector, there was a dearth of policy for us to get our teeth into.

That’s only marginally changed, but with National yesterday releasing its NZ Tech 2030 Plan, which at its heart has an ambitious target of doubling the size of the tech sector by 2030 and creating at least 100,000 new “high-paying, future-proofed tech jobs”, we at least have an idea of what the main opposition party has in mind for tech.

To meet those targets, National plans to spend $1.29 billion over the next decade. That sounds like a lot, but here’s the thing –  $1 billion of that is earmarked for extending the ultrafast broadband network, which was a pillar of the Key government’s infrastructure programme and arguably one of the National Party’s most successful projects while in government for the best part of a decade.

better connectivity is great, but that leaves just $290 million to bring about the transformation in the tech sector that will lead to all of those high-paying jobs and a doubling of exports from $8 billion currently to $16 billion by 2030. 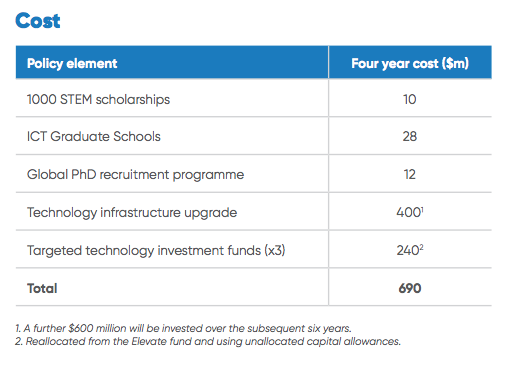 “With about 50,000 Kiwis returning home because of the Covid-19 pandemic, now is the time to harness their talent and create an ecosystem of technology companies in New Zealand,” National points out in its policy paper.

“We must seize this opportunity to drive a step-change in our technology sector.”

No one would disagree with that. But as NZTech’s chief executive Graeme Muller points out, the tech sector is likely to reach that $16 billion tech exports target by the end of the decade on its current growth trajectory anyway. More significant perhaps are National’s plans for better leadership of government’s tech-related policies and investments and building up a highly-skilled ICT workforce.

The initial part of the plan calls for the appointment of a Minister of Technology to “create a champion at the heart of a National government”. The rest of it, other than the infrastructure spend, the bulk of which kicks in at the four-year mark, is largely focused on developing a skilled ICT workforce.

With Covid-flight making New Zealand an attractive destination for many of the world’s brightest minds, National plans to create a fast-track “technology skills visa” to help people relocate here. It would also relax requirements for investor-class visas to make New Zealand “the world’s most attractive destination for high net-worth investors and technology entrepreneurs”.

We got a flavour of that during National’s last stint in office when citizenship was fast-tracked for US tech billionaire and Palantir co-founder Peter Thiel. 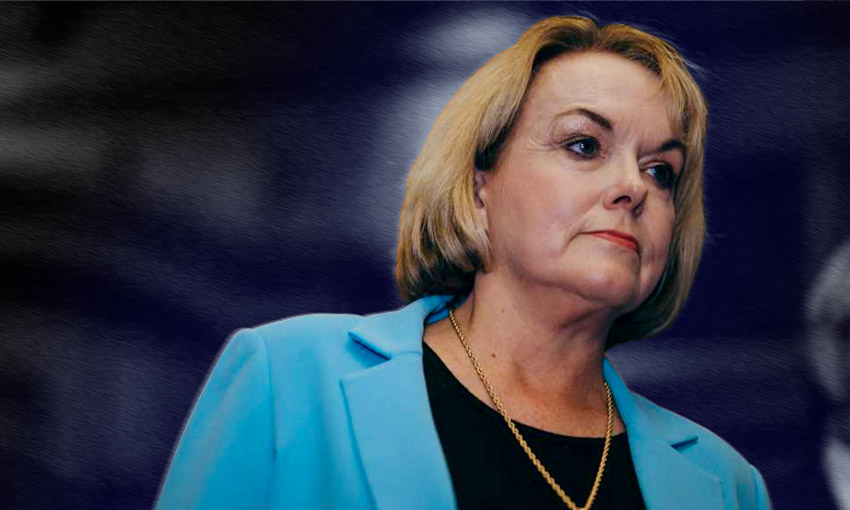 As well as making it easier for tech talent to come here, National wants to make New Zealand the go-to place in the world for developing disruptive technology. It would create a “Regulatory icebreaker” unit to develop “best-in-class” regulation.

New Zealand is already considered to have a very good regulatory environment, which has allowed Rocket Lab to build a world-class satellite launching business here and is why autonomous vehicle start-up Wisk is trialling its technology here. National sees the development of “driverless cars, drones, robotics, blockchain, and artificial intelligence” happening here to a greater extent with the right regulatory environment in place.

But National also wants to attract tech companies here to establish R&D operations in New Zealand “through targeted international agreements”. That has been floated and to some degree attempted by National and Labour governments over the years, with little success. With no money earmarked for financial incentives (ie: tax breaks, rent holidays) to sweeten the pot, it may prove equally challenging for a future National government.

It’s likely that the best-in-class regulation is likely to extend to biological technology with National already indicating it will change regulations to allow gene-editing technology to be more easily developed and trialled here.

Half a billion dollars light

These policy points broadly hit the key areas of focus the tech sector has been calling for – ICT skills, investment, infrastructure and making New Zealand a place where disruptive tech can thrive.

But the funding allocated to making it happen seems very light when you consider that the vast majority will go towards improving broadband infrastructure. Having everyone in the country able to access a fast internet connection is a great productivity boost and allows small and medium-sized businesses to operate anywhere. But laying fibre optic cables shouldn’t be considered spending on the tech sector – it is infrastructure just like water, sewerage and roads.

With the billion dollars going into fibre optics and mobile coverage and $240 million to co-fund tech start-up investment, that leaves just $50 million for ICT-skills related initiatives. There’s no specific mention of programmes to re-skill Kiwis for a world where artificial intelligence will play an increasing role.

National is banking on creating the right environment for allowing the tech sector to thrive. Some will like that approach. But is it enough to meet those lofty targets?

Where’s the significant investment in skills and re-skilling, in creating strong incentives to get the international R&D labs here, in seeding the development of disruptive technologies in our own innovation ecosystem?

This policy seems half a billion dollars light to me, from a funding point of view.