It's small, beautifully designed and packs an unbelievable amount of speed and power under the hood. But where are the games?

Xbox has delivered two new consoles which promise to unleash a new era of gaming technology. Yes, with the previous Xbox called Xbox One X, all those console names can be very confusing.  All you need to know is that Xbox Series X is the jet black one and comes with more speed, power and storage capacity, as well as a disc drive. The small, cute white one is the Xbox Series S, with a few less features and no disc drive. To play games on Series S, you’ll need to download them. And you can’t resell them. But it’s still a very powerful machine, with plenty of features to enjoy. 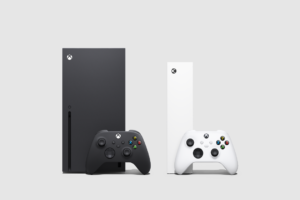 How does it work?

It’s actually really simple. Lift it out of the box, plug it into your TV and you’re good to go. You’ll probably have an update or two to take care of, and you’ll need to sign into your Microsoft account so all your save games come through. Xbox fans won’t notice too many changes to the home screen layout, but what you will notice is the speed of the thing. Games load up in seconds, meaning snack-making and blog-writing while you’re waiting for your Xbox games to laod up are a thing of the past. This is a very good thing.

What’s the best thing about it?

The stunningly small, simple and clean design is a game-changer. While Playstation delivered its biggest gaming console yet, Xbox’s Series S is among the smallest on the market. Xbox’s commitment to minimalism is admirable: Series S won’t take up much space, and they’ve cut back on any unnecessary lines or buttons, even on the matching controller that comes with it. But under the hood is some serious power. Game load times have been drastically reduced, loading screens are gone, and you can even switch between some – not all – titles mid-game. For a monthly subscription of $19.95, you can also have access to Game Pass, which is incredible value for money and includes some very big titles, including the entire Halo series. 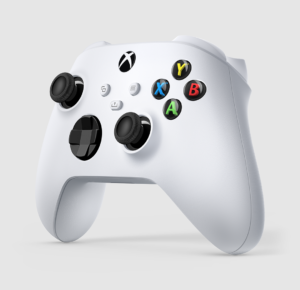 Halo Infinite was supposed to be landing this week alongside the new Xbox, but that big budget title has been delayed until next year. That must really bite for Xbox, especially having to watch the Playstation 5 land in stores with a number of exclusive titles, including Marvel’s Spider-Man: Miles Morales and Sackboy’s Big Adventure. That doesn’t mean getting a new Xbox is a waste of money. You can still play all of the major cross-platform titles coming this year, like Cyberpunk 2077 and Assassin’s Creed: Valhalla. But you’re going to have to wait a bit until you can play something that Playstation users can’t.

How do I get one?

Compared to the Playstation 5 ($819) and Xbox Series X ($799), the Xbox Series S is the cheapest next-generation console on the market at $549. If you want a taste of next-generation gaming life, Microsoft says “retailers and availability differ across regions, so please check with your local retailers for more information on availability in your market”. That means you might need to keep refreshing browsers until pre-orders become available and snap one up while you can. Good luck!