US regulators want to overturn the acquisitions that have made Facebook great – but also an anti-competitive monopoly in the process. But what would Facebook look like shorn of the wildly popular instagram and Whatsapp?

The Federal Trade Commission, in conjunction with 47 state attorneys general, is suing Facebook alleging anti-competitive practices. It follows the Department of Justice’s lawsuit filed against Google in October which alleged that the search giant was using its market dominance to lock competitors out.

The approach taken by the regulators is different to the Department of Justice, but they ultimately seek the same result – structural separation of these ‘Big Tech’ companies to break their allegedly monopolistic practices.

In the case of Facebook, the lawsuits centre on its acquisition strategy, which involved the company paying US$1 billion for photo-sharing app Instagram in 2011 and the 2014 purchase of WhatsApp for US$19.3 billion.

Those acquisitions, the FTC suit claims were designed to eliminate threats to Facebook’s power. Whether that was the intention or not, the purchases have certainly helped Facebook retain its position as the world’s dominant social network – at least in the English-speaking world anyway, with over 3 billion users.

The FTC is seeking an injunction against Facebook that would include the “divestiture of assets, divestiture or reconstruction of businesses (including, but not limited to, Instagram and/or WhatsApp), and such other relief sufficient to restore the competition that would exist absent the conduct alleged”.

Another arm of the case takes aim at Facebook’s policies around controlling which third parties have access to the network via APIs (application programming interfaces). Facebook disclosed over a year ago that it was being investigated by the FTC. It also had to fork out US$5 billion in fines to the FTC and tighten its privacy policies as a result of privacy breaches in the Cambridge Analytica scandal.

But that pay-out barely caused a ripple in the markets given Facebook’s strong balance sheet and, yep, its market dominance. Fines aren’t being demanded in this case, but a more structural solution aimed at getting to the heart of the perceived problem – Facebook’s ability to crush any emerging competitors – or buy them outright.

Facebook for its part is considering the lawsuits and its next moves.

“Years after the FTC cleared our acquisitions, the government now wants a do-over with no regard for the impact that precedent would have on the broader business community or the people who choose our products every day,” the company posted on Twitter.

CEO Mark Zuckerberg and his executives do have a point. Where was the considered scrutiny of the acquisitions by the FTC nearly a decade ago when Instagram was on the block and especially four years later when Facebook paid its eye-watering sum for Whatsapp? 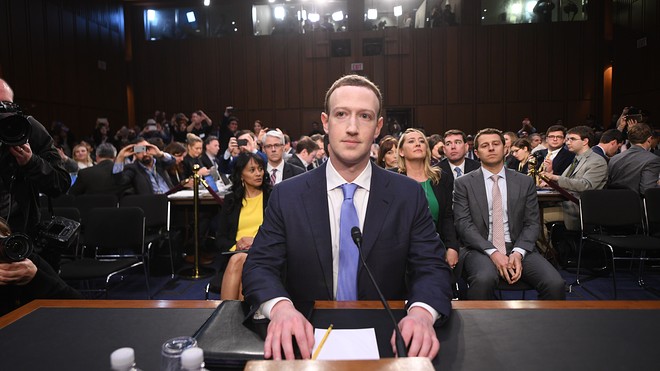 If Instagram and WhatsApp have to go it alone

The irony of the FTC’s desire to separate Facebook from its acquisitions is that the company has barely even started making money from its most expensive purchase – WhatsApp. The messaging and calling app has experienced phenomenal growth in the last couple of years – it had 2 billion users as of October, making the most popular messaging app in the world.

But Facebook has largely let it develop as a free service, building a userbase until the time is right to introduce paid features, a move that analysts could add up to US$10 billion in annual revenue. WhatsApp used to cost $1 to download, with a $1 per year fee for ongoing use. But Facebook scrapped those subscription fees in 2016.

The app has a very clean experience, with no adverts to clutter things up the way Facebook’s news feed and Messenger app is. But Facebook is looking at the success in China of WeChat as a key piece of digital infrastructure for communications, e-commerce and banking. It will want to monetise WhatsApp in the near future, but may find itself instead having to figure out how to divest it.

That would leave WhatsApp with the dilemma of becoming financially sustainable without the safety net of a giant like Facebook. From a technical point of view, the app is much less integrated into the Facebook world than Instagram, so customers are less likely to be impacted. Still, WhatsApp without Facebook would have to look very different to survive. Think adverts and premium subscriptions and a sustained effort to get commercial partners connecting with customers via that channel. 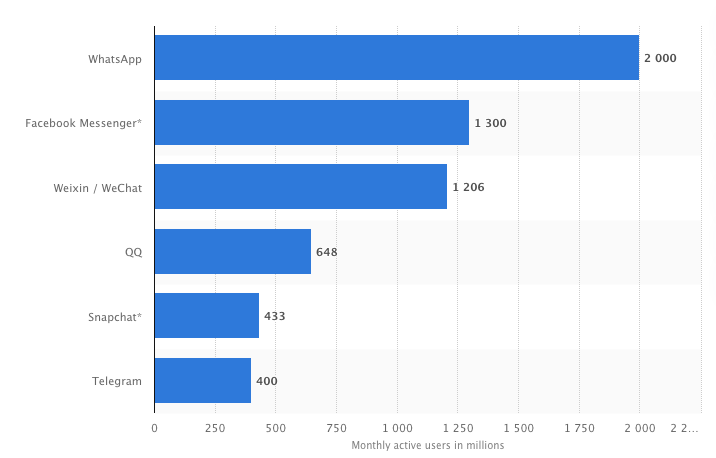 Bottom line: WhatsApp has some work to do to find a sustainable business model as a newly single player. But it has a huge user base that it can now look to monetise. It should look to WeChat in that department for inspiration on how you make a messaging app central to people’s lives.

Facebook put the weight of its ads platform behind Instagram and advertisers responded positively, attracted by the more visual format and Instagram’s younger demographic. There is more integration with Facebook itself, with cross-posting of photos possible and an effort underway to integrate messaging between Facebook and Instagram.

Splitting the two apart would see Instagram well-placed to thrive commercially. The hard work has been done monetising the platform and those systems can be replicated easily enough. There are huge benefits in having access to the huge data flow from the Facebook platform, but Instagram could survive without it as long as it continues to innovate with the platform.

The bottom line: Instagram would do just nicely on its own as the world’s most popular photo-sharing app and a strong ad business underpinning it.

For Facebook itself, life without its two adopted children would look pretty dull but still fabulously lucrative. It has 1.3 billion Facebook Messenger users and nearly 1.9 billion users overall. Its ad business is incredibly strong and there’s huge potential to turn Facebook into more of an e-commerce operation with online stores for retailers to rival Amazon.

While it continues to make changes to the core platform, the newsfeed format remains at the centre of the experience. Facebook bought WhatsApp and Instagram not only because they were emerging competitors, but because they were likely to broaden Facebook’s appeal.

The biggest issue Mark Zuckerberg would face in being forced to divest WhatsApp and Instagram is avoiding it becoming a platform for a more mature audience. How will he apples to the younger generation?

The bottom line: Unwinding the Facebook empire would be complicated and require Facebook to reinvent itself to some degree to appeal to younger users – perhaps through the launch of a new service on the platform targeted at them. But it is achievable. Facebook has the resources and is still a juggernaut of influence and commercial power on its own. There’s a strong chance that three thriving social media platforms would be left standing as a result.

What it means for us

As with the Google lawsuit, which also takes place in the context of US anti-trust law, the Sherman Act, Facebook’s case will be complicated, costly and drawn out over years. In the meantime, Facebook and its other messaging apps will likely continue to be used as normal, however, any plans Facebook still had to further integrate its messaging platforms will now surely be on hold.

The suit has major implications for how Facebook uses data in future, how it interacts with other companies seeking to access its network with software interfaces, and ultimately its future shape as an advertising platform for New Zealand businesses.

Big is not necessarily bad in competition law. The issue is whether being big gives Google and Facebook the power to stop anyone else competing against them. That’s the crux of the matter and the tech landscape could alter significantly based on the lawsuit outcomes. 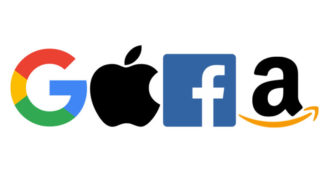 The Big Tech companies in the regulators’ sights.

The question now is who is next? Will Apple and Amazon also find themselves fighting sweeping antitrust action?

Apple’s Tim Cook clearly sees his company as standing apart from the others.

“Some people see Silicon Valley as monolithic,” he told The Outside Podcast this week.

“And so in particular, the larger companies they sort of put in one bucket, if you will. Some of the big issues that are surrounding tech today are the lack of responsibility taken on a platform about what happens. We clearly take responsibility. We make tough decisions.”

US regulators may well beg to differ. One thing is for sure, President Biden’s first term in office is likely to also see exhausting legal action rolling on in the background as Big Tech fights a long-anticipated rearguard action.