PlaceMakers’ bid to bring building supplies into the digital age

PlaceMakers set out to fully digitise the process of buying building supplies. But that required a major transformation of its own systems and culture first.

The construction industry is expected to contribute more than $16 billion to our gross domestic product this year.

But despite its importance to the economy, the sector is widely considered to be one that has resisted the digitisation that has transformed other industries.

“When you look at retail, supermarkets, fashion, airlines, virtually everything else, its all been disrupted by digital,” says Wayne Armstrong, Head of Digital Channels at PlaceMakers, the place where thousands of builders stock up on supplies and timber.

“We are not selling Nike shoes. It is wire mesh, through to insulation and timber, a lot of products and highly customised orders. That’s part of the reason why it has been slow to move on,” explains Armstrong.

This is the third in a three-part series highlighting the projects of finalists in the Business Transformation through Digital and IT section of the CIO Awards 2020. The awards winners will be announced in Auckland on November 24. This series is supported by CIO Awards sponsor ClearPoint. 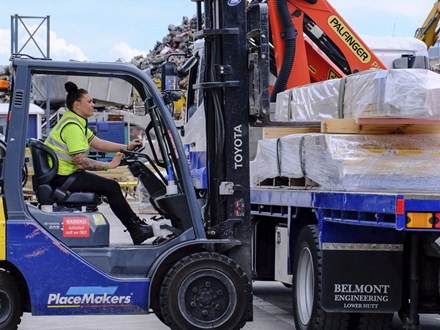 PlaceMakers has been on a journey to overhaul its customer experience. 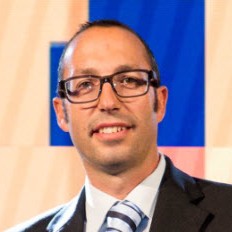 But there’s also a more ingrained resistance to change in an industry where many one-man-band house builders and small construction firms still like to do business face to face, on the phone or via email.

So PlaceMakers, the retail arm of construction giant Fletcher Building with 63 stores around the country, realised its own culture had to change if it was to lead tradies into the 21st century. It’s release this year of the PlaceMakers Trade app, Trade Portal and Skip My Counter service, which allows builders to pick up their supplies from a PlaceMakers yard with just the scan of a QR code, symbolises the extent of the change the company has gone through in recent years.

Armstrong, who is approaching nine years with PlaceMakers, describes the app and customer portal rolled out this year against the backdrop of Covid-19, as the third phase of the building supplies retailer’s business transformation.

It wouldn’t have been possible without two major preceding workstreams to overhaul the company’s back-end systems and infrastructure to lay the groundwork to reinvent the PlaceMakers customer experience.

“Because PlaceMakers developed through a joint venture model, we had 50 different businesses, each with their own enterprise resource planning systems, their own admin staff as well as their own unique ways of doing things,” Armstrong says.

“The transformation journey we’ve been on is really about bringing all those different things together, centralising some things, automating a lot of others, and just trying to help make things easy for our staff and customers,” he adds.

Armstrong and his team first tackled PlaceMakers’ finance, credit management, performance reporting and branch processes. They created a single customer relationship management system spanning all of the stores and undertook a determined push to cut down on paper-based transactions.

“People were handing bits of paper to each other,” says Armstrong.

“Jobs were priced separately and with a lot of specialised products, there was a lot of scope for mistakes to be made.”

PlaceMakers used to print off 22 million pages of paper a year. The digitisation of processes and use of handheld computers and barcode scanners has reduced that by more than half. That initial work allowed 800,000 manual transactions to be automated.

The second phase of the transformation involved reinventing PlaceMakers’ supply chain and inventory management. Part of that was developing one end-to-end transport and order management system to track and inform customers of where their orders are at any time in real-time.

A major change management programme to train and support PlaceMaker’s 2,500-strong workforce was crucial to bringing about the required culture change. It involved a small team travelling store to store to train up staff used to working from slips of paper and orders outlined in emails from customers.

“Everyone at PlaceMakers learns differently, so we had to accommodate that,” says Armstrong.

“It was about having a clear strategy and communicating it well so people know what was coming.“

Now over half a million products are scanned at PlaceMakers stores each month and over 80 per cent of transactions are now digital. Converting PlaceMakers’ brochure-like website into a true e-commerce-enabled site for all customers to make purchases through was a major milestone.

“For the third phase we though, we’ve digitised our business, now let’s start exposing it to our customers,” says Armstrong.

Central to that was developing a portal for trade customers as well as the PlaceMakers Trade app, which is designed to allow builders to do all of their transactions with PlaceMakers from their smartphone.

“Imagine a a 70-year-old builder on the Kapiti Coast,” says Ritesh Patel, General Manager Digital and Transformation at Fletcher Building.

“He comes to the store, someone loads up his timber, instead of lining up for ten minutes to sign an invoice, all he does is open the app, gets the QR code and scans it with our yard system, then he gets in his ute and drives off.”

That’s the Skip the Counter feature which is proving popular with builders and a major driver of interest in the app, which also allows customers to closely track deliveries of supplies and check on the status of their orders.

“For the customer, it’s like watching an Uber coming down the road. They can get text message alerts, they can track the truck,” says Patel.

PlaceMakers sent 120,000 text message alerts last month updating customers on deliveries. The contactless shopping the app allows for trade customers came into its own as the team launched it in the wake of the initial Covid-19 lockdown.

The app development progressed at speed thanks to a distributed development model that paired in-house developers with external teams working in Bangalore and Chicago.

“Fletcher traditionally has a waterfall way of working. But we moved to a very strong Scaled Agile methodology and invested heavily in training everyone,” says Patel.

“We were able to bring all of these diverse geographic teams together, and work as one squad.”

Patel claims the PlaceMakers Trade app is currently the best of its kind in the building supplies industry.

“It’s PlaceMakers in your pocket, that’s the vision. We want every builder in New Zealand to be successful. We’re giving them the digital tools, the app, the portal, to transact with us and buy from us and see where their orders are.”

Over 1,500 customers are currently using the app each day and nearly a quarter of PlaceMakers’ key accounts are have registered in the five months the app has been active.

The future: a focus on data

Patel and Armstrong agree that the effort to transform the customer experience at PlaceMakers this year would not have been possible without that foundational work over several years digitising the company’s core operations. But there’s more work to be done. PlaceMakers still plans to upgrade its outdated enterprise resource planning (ERP) system and is building a data analytics team.

“We want to develop propensity models, to predict what the customer wants next,” says Patel.

“How can we use artificial intelligence to get better at solving our customers’ problems?”

He sees a day in the near future when a builder will point their smartphone camera at the roof of a customer’s house and be able to get an instant quote for materials based on augmented reality measurements.

For Patel, the technology PlaceMakers has rolled out is important, but more so is the culture change in the company that has accompanied it.

“We had 2,500 people in a business that had literally done things the same way for 20 years.

“That mindset change was the most important transformation we’re ever done.”

The CIO Awards 2020 Business Transformation through Digital category winner will be announced in Auckland tonight (November 24.)