Making the most of technological advancements, collaborative communities and forestry resources, Futurity is forging a new path for New Zealand to overcome oil dependency.

Almost everything we touch today has been made with omnipresent oil. The computer your reading this article on is likely made with petroleum plastic from 7 litres of crude oil, by Active Sustainability’s calculations. If you think you are clever for holding a phone instead, consider many of the materials in smartphones are the same – including plastic-covered circuit boards and any dinky phone case.

Global crude oil production reached 4.4 billion metric tons last year. Derived from fossil fuels, our thirst for crude oil is drying up reserves which were hundreds of millions of years in the making, while contributing to air pollution and greenhouse gases.

Futurity has another option – New Zealand’s first advance biorefinery. Partnering with world-leading technology developers, they are turning our abundant forestry resources into innovative product applications, while keeping fossil carbon out of the atmosphere and oil in the ground.

Futurity is working closely with forestry companies to provide a genuine solution to waste issues. Low grade and waste pine wood is stripped of bark and turned into fine chips. These are pre-treated with the trademarked, and highly efficient, Futuration process, and separated with steam and pressure into the wood’s primary building blocks; lignin, cellulose, and hemicellulose. The method enables Futurity to harness a tree’s strength, durability and other unique natural properties to produce products that could outperform plastic. 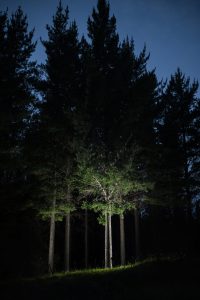 As influential explorer, author and environmental philosopher, John Muir once wrote: “Between every two pines is a doorway to a new world.”

Instead of sending wood offshore, Futurity envisages the first biorefinery will make good use of 160,000 tonnes of wood a year, creating roughly 600 jobs in the process. It’s a large-scale project, requiring an investment of around $153 million. Over the next 14 years, they aim to build two more.

“The scale of what we’re trying to do is very ambitious,” says co-founder Jacob Kohn. “But that ties into the reward factor, because to have a really significant impact, you need to successfully deliver upon large scale projects.”

Collaboration is critical to Futurity’s success. “We recognised the advantages of working with companies from around the world who are leaders in their technologies spheres and integrating that with our own unique and proprietary approach for a New Zealand context,” he says. “The core team have very strong, complementary skillsets, but it’s as much the people that you surround yourself with.”

The Futurity team comes from a range of complementary backgrounds including biology, chemistry, engineering, design and entrepreneurism. Its first major milestones were validating the technologies work with New Zealand wood, identifying a viable long-term wood supply, and ensuring economic sense.

This year, Futurity received a Callaghan Innovation R&D grant for just under half a million dollars. It’s an opportunity to integrate Futurity’s materials into local products, co-creating with companies including Resene and Foodstuffs. “We’ve been really well looked after from Callahan, and they’ve been very supportive,” says co-founder Dr Gaetano Dedual. With an additional careers grant, they’ve been able to employ lead bioprocessing scientist Dr Jenna Gilks.

Over the next 12 months, trials will be upscaled with key technology partners – the US-based Sweetwater Energy and Finnish MetGen – before looking at design and engineering details of the commercial facility. 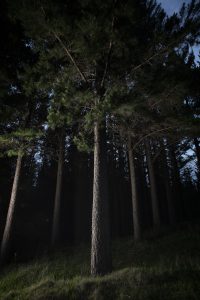 Futurity is working closely with Trust Tairāwhiti in Gisborne to set-up the first plant by 2024. Providing job creation and economic stimulus in-region is a driving force behind its inclusive approach. “Tairāwhiti is a small town, and everyone is very familiar with each other, and things can really move when they need to,” says Kohn. “We’re really pleased to be part of the community and hope that we can provide some real benefits back to Tairāwhiti.”

New Zealand’s pioneering spirit has encouraged the team’s approach. “Being an island nation on the bottom of the world, we have to be creative and resourceful,” says Kohn. “I think that’s where New Zealand has a very good community-based advantage,” adds Dr Dedual.

Futurity’s advisory board includes Dr Sean Simpson, co-founder of LanzaTech, Matanuku Mahuika, chair of Ngati Poru Holdings and Eastland Group, and Richard Mehrtens, managing director of the Global Eagle investment firm – each with a wealth of knowledge in their chosen pathways.

Futurity is focussed on the bigger picture. All of its products are bio-based, which can enable a range of end life options, including home composability and recycling. The team’s initial product life cycle research, from start-to-finish, shows all of their products can be carbon negative – meaning they remove more carbon from the atmosphere than they generate. The team is interested in carbon emission trading schemes but believes these solutions need some refining first.

“We don’t see ourselves as being a silver arrow to solve all the problems, but we’d like to showcase the potential that lies within this opportunity of the forestry resource. And I think that providing a view into that opportunity for New Zealand can be a great achievement,” says Dr Dedual. “One of the aspirations with Futurity is to really make New Zealand a leader within the biotech scene.”

Jessica-Belle Greer is an experienced lifestyle features editor and writer based in New Zealand. She believes in big ideas and smart solutions.