It was 2012 and Jimi Hunt, suffering from depression and anxiety, was desperate to turn his life around.

“I decided that in order to help my depression I needed to get a goal and get fit,” says Jimi, the mental health advocate, speaker, author and adventure seeker who has made it his life’s mission to help people improve their mental health.

Jimi came up with a crazy idea – to swim the full length of the Waikato River on a Lilo rubber bed.

“It took me eleven days to swim it, and I went through ten Lilos, because they cost $9 from the Warehouse,” says Jimi, who recounted his river odyssey at an Umbrellar Connect partner networking event in Auckland earlier this month.

It turned out to be a more difficult challenge than Jimi anticipated.

“I found out that it actually takes 83 days for a piece of water to get all the way down to the Port of Waikato,” he says.

If the physical effort required wasn’t enough, Jimi was struggling mentally too. In fact, he was at the wrong end of what he calls ‘The Mental Fitness Continuum’ – in the red zone, ill and barely able to function.

The mental Fitness continuum – where are you on it?

Out of work and broke as he paddled off on his Lilo at the source of the Waikato River, Jimi hadn’t even sorted out any accommodation for the stops on his journey. After that first day on the river, with little other option, he made a decision that would prove pivotal to his efforts to regain his mental health.

“I did something I hadn’t done for thirty f**king years. I asked for help,” he remembers.

In the evening gloom, he spent half an hour looking at the houses on the river bank, “trying to figure out which one was the kindest”. Then he knocked on a door and asked the people if he could stay the night and have some food.

“As a person with depression and anxiety, that’s one of the scariest things you can possibly do.”

They invited Jimi in, to sleep in a spare bed or on the couch, cooked him dinner and sent him off the next morning with best wishes and, often, a packed lunch. It was the start of the way back for Jimi, the slow crawl back along that continuum.

How many doors did he have to knock on to get accommodation for ten nights? Ten. People are willing to help, you just have to ask them for it.

How did the year of Covid affect your mental health? Find out in the results of our first-ever Umbrellar Connect readers and partners survey.

So isolated had Jimi become, he’d written off the world’s ability to show him a bit of kindness.

“But here it was. You will find it from friends, family and complete strangers, but you need to ask,” he says

“I’ve seen it over and over again.”

The following year, the successful river trip behind him, Jimi was doing better, but still chasing adventures he thought would bring him peace and contentment. He settled on another unusual challenge – building the world’s longest waterslide.

The ride of his life

He managed the feat, constructing a 600-metre inflatable slide that was officially certified by the Guinness Book of Records as the longest slide in the world. On the back of 15 million Youtube views of videos of the slide, a best-selling book and popular TEDTalk, he raised money for mental health cases. He was even nominated for NZ Innovator of the Year for the slide design and New Zealander of the Year for his work in mental health.

It should have been a wonderful year.

“Actually, that year sucked,” he says.

“The waterslide didn’t raise enough money or get enough views. The TEDTalk didn’t get enough views or save enough lives, the book didn’t sell enough copies and I didn’t win either of those awards. It was then I realised, I’ve still got a bit of a problem.”

Jimi realised he was undertaking all these wacky schemes hoping that the accolades and recognition, the sheer fun of it all and the altruistic cause, would make him feel better.

“But none of those things was changing my thoughts, my feelings or my behaviors,” he says.

It took him a lot longer, years of working on the “internal stuff” to find the answers to improving his own headspace. It took three things… 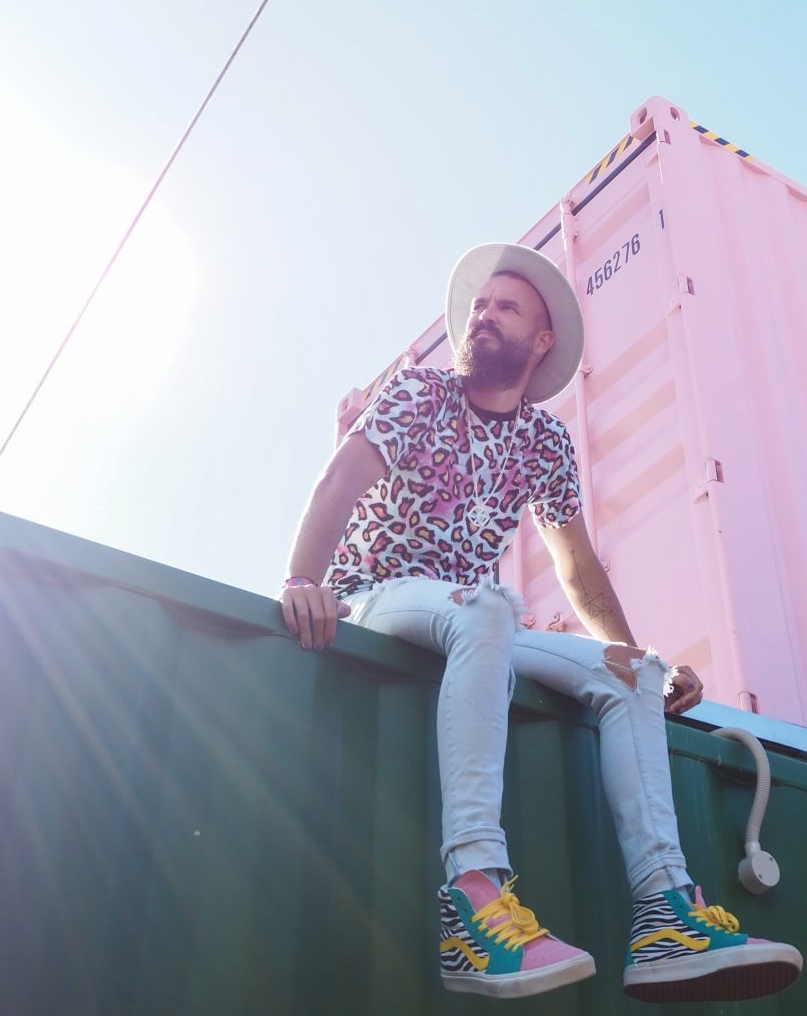 Jimi found that self-awareness was key to improving his mental health.

We all think we are self-aware. In fact, a Harvard study completed in 2013 involving 5,000 people set out to assess their self-awareness. It found that the majority of people believed they were self-aware, but only 10 – 15% were self-aware according to the study’s criteria.

In business some of us have been through a 360-degree performance review, designed to gather feedback from our bosses, peers and customers, to make us more aware of our strengths and weaknesses.

But another study from the US found that when it came to recruiting senior talent, assessing a candidate’s self-awareness wasn’t a major priority. That’s despite a high self-awareness score being a key predictor of overall success.

“You cannot change what you aren’t aware of,” says Jimi who undertook a small experiment in self-awareness in an effort to undo some of his own bad behaviour.

“I used to take the piss and would give my wife these little verbal jabs all the time,” he says.

Are you ready to live more awesome? Sign up to Jimi Hunt’s Basic Reset, his FREE 100 day e-mail based programme designed to help you get to a baseline level with your mental health so you can then take on anything in life you want. You can also join jimi’s Facebook support group when you join the programme.

The words were delivered in jest, but he knew they were hurting his wife and their relationship. He focused on trying to change a little bit every day, in the same way that going to the gym every day will gradually lead to the fitter, trimmer body you are craving.

He went from teasing his wife every day, to five times a week, to a couple of piss-takes a week. Within two months, he had stopped altogether.

“I started going to the gym every single day in my head,” says Jimi.

“We overestimate what one single event can do to our lives and underestimate what difference lots of small changes make. When you just do 1% every day it adds up and multiplies.”

How do you set out on that path of changing what you hate most about yourself or your life? By making constant, conscious choices, argues Jimi. It’s challenging yourself to be aware of the impact of your decisions and your motivation for making them.

That’s easier said than done, so Jimi recommends a few things you can do to help.

Find a loving critic – this is the person who is going to give you the unvarnished truth to nurture that self-awareness that is going to make you a better, lover, partner, colleagues or boss.

“I had a loving critic. We had a mutual level of respect and she had my best interests at heart and was willing to tell me the truth,” says Jimi.

“She said people love you, despite you. Turns out, I was a bit of a dick.”

Stop asking why? – drop the victim complex. Why am I so depressed? Why is the world against me? Why can’t I just be happy? The answer to those questions are too complex to answer, Jimi argues. Instead, the vital question is ‘what?’

It is 100% your responsibility – don’t rely on the world to ‘fix’ you or make things better. That’s where the radical ownership comes in. You can ask for and receive help, as Jimi did at the start of his epic Waikato expedition.

But you need to be accountable to yourself for your own progress.

“In my mind, your choices are summed up as either fear or love,” says Jimi.

“I’d been choosing fear over and over again for years. I needed to choose love.”

These days he’s managed to get himself into the green zone of the mental health continuum, but it is a constant job of working on himself to stay there.

Change, he adds, is difficult and everyone will have their own tools to help them along on their journey. But one, in particular, is the Swiss army knife of tools for Jimi…

“We live in this ridiculously complex maze,” he says.

“Meditation is the ability to take a drone out of your pocket, throw it in the air and spend a few minutes looking down on this maze and figuring out what direction you need to go in.”

As the holiday season progresses, we’ll see the usual TV stories about the holiday road toll, the lives lost in crashes, the deaths resulting from an excess of speed, alcohol or simply distracted driving.

What we will hear less about, says Jimi, is the suicide statistics – 654 people took their lives in the year to June 30, compared to the 353 who died on the roads in 2019.

But the holidays can be particularly tough for people struggling with mental health issues.

“There are a lot of individuals struggling. We all have to ask ourselves a really important question – where am I on that continuum? Then we need to ask for help.”

Where to get help