Hybrid work is just work. Are we doing it wrong?

Employees have embraced flexible work and its benefits and are rejecting a return to hustle culture. At the same time, many leaders yearn for the office life of 2019—hallways abuzz with chatter, coffee overflowing. Throw into the mix what can only be described as one of the strangest recessions the world has ever seen – business leaders contending with rising inflation, shrinking budgets, and, paradoxically, a talent marketplace that remains incredibly tight – and it’s no wonder people are struggling.

Now more than ever, it’s the job of every leader to balance employee interests with the success of the organisation, aligning everyone around the most impactful work. 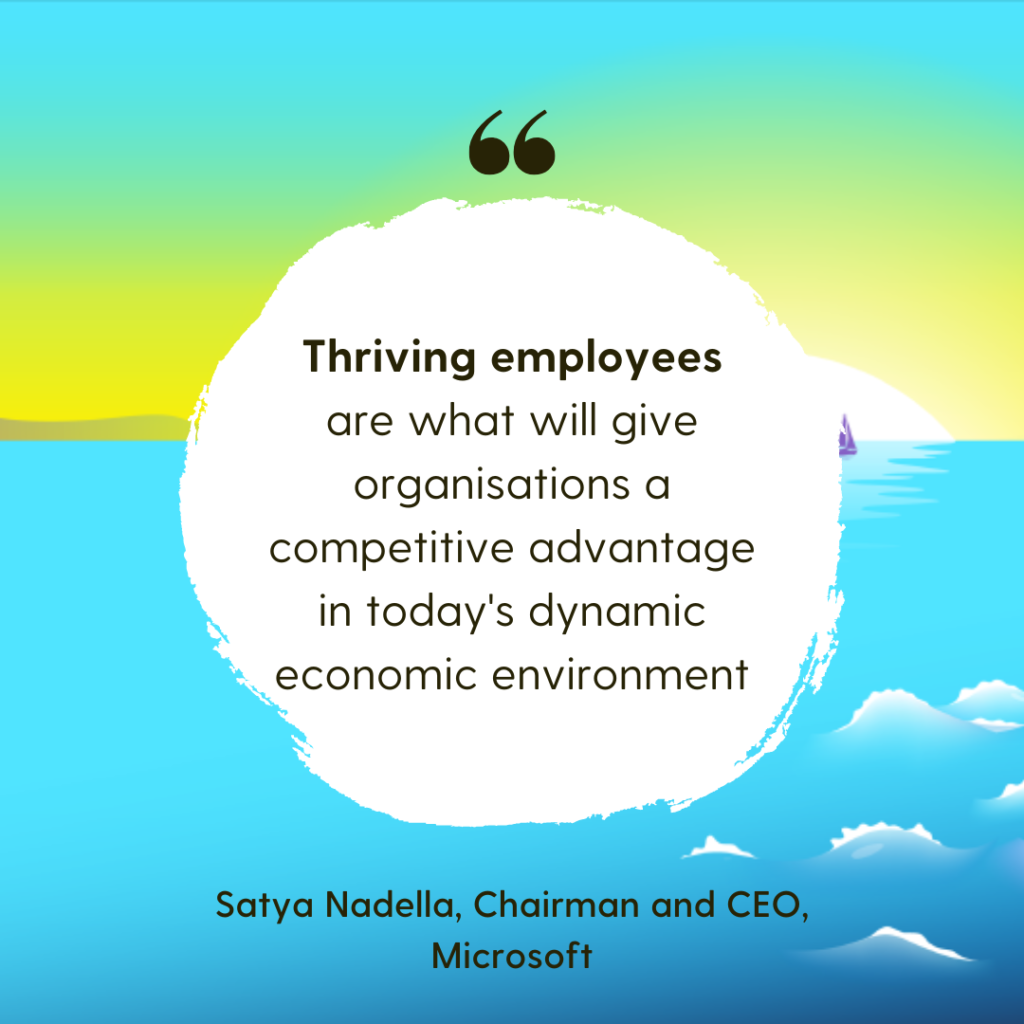 It’s become increasingly obvious that creating the culture and employee experience to meet the needs of today’s digitally connected, distributed workforce requires a new approach. Read on for a summary of the 2022 Work Trend Index: Pulse Report, including the three major pivots needed to drive alignment and empower people to thrive – and in the process, help your organisation flourish.

People are working more than ever, while leaders are questioning if their employees are being productive. The majority of employees (87%) report that they are productive at work, and productivity signals across Microsoft 365 continue to climb.

On top of an already high meeting load (an increase of 153% globally for average Microsoft Teams users since the start of the pandemic), overlapping meetings increased by 46% per person in the last year.

The strain is clear: in an average week, 42% of those surveyed multitask during meetings by actively sending an email or ping – and that doesn’t include practices like reading incoming emails and pings, working in non-meeting files or web activity. 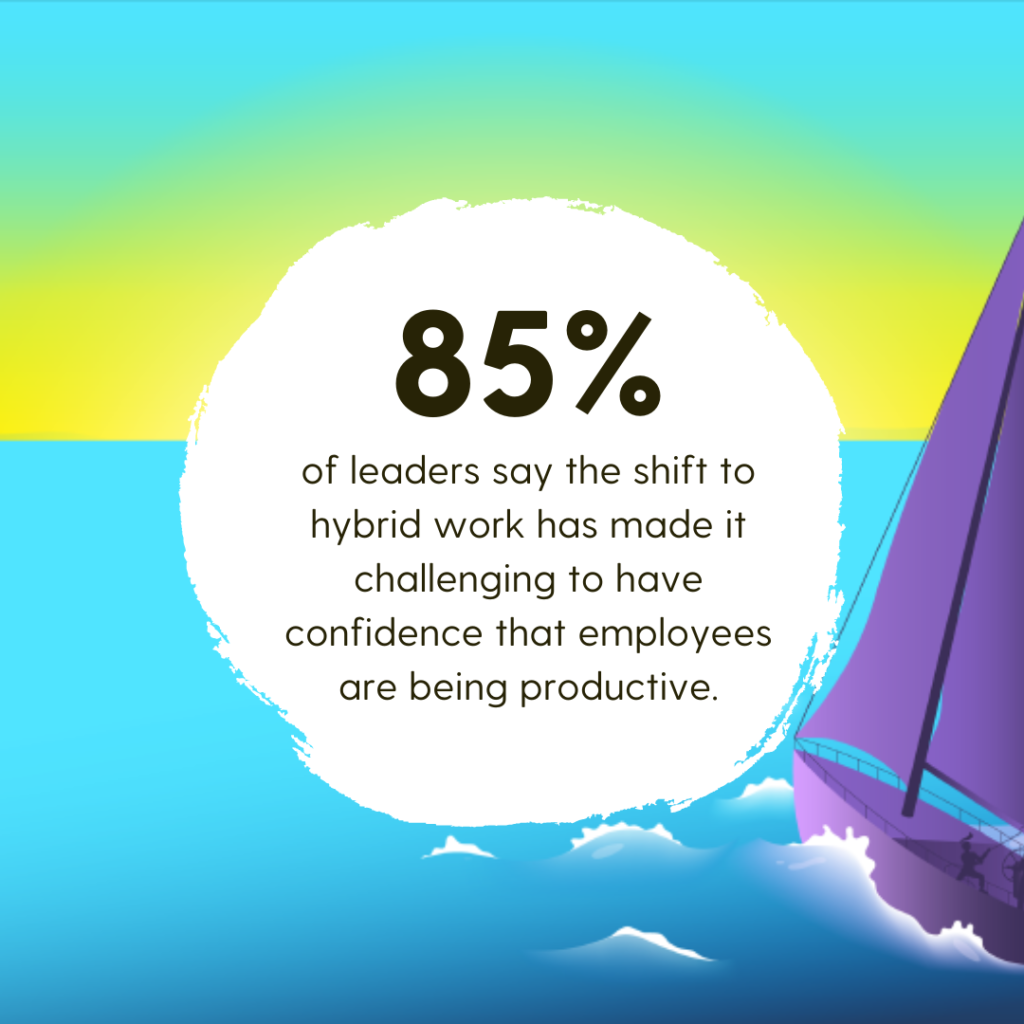 As some organisations use technology to track activity rather than impact, employees lack context on how and why they’re being tracked, undermining trust and leads to productivity theater. This paradox has led to productivity paranoia, where leaders fear that lost productivity is due to employees not working, even though hours worked, number of meetings and other activity metrics have increased.

Leaders need to pivot from worrying about whether their people are working enough to helping them focus on the work that’s most important. This action is a bit more than just reordering an overflowing to-do list. Leaders need to create clarity and purpose, aligning work with the company mission and team goals.

It’s also necessary to define what work doesn’t matter as well – in a world where everything is important, nothing is. Setting goals such as OKRs ensure employee work aligns with company goals.

Showing employees that you care requires continual listening and taking actions consistently. Closing the feedback loop is key to retaining talent as people who feel their workplace uses employee feedback are more satisfied and engaged – and therefore more likely to stick around – compared to those who think their companies don’t listen or act on feedback.

Keeping a pulse on your people at organisational, departmental and team levels can improve the overall performance and wellbeing of everyone.

People come in for each other

The return to the office has been a struggle for many organisations, with some employers rolling back plans after one-size-fits-all policies failed to generate a great return … except for Elon Musk, who doubled down.

How can leaders inspire people to prioritise in-person time together? The data shows that people come in for each other to recapture what they miss – the social connection of being with other people. Rebuilding social capital can be a powerful lever for bringing people back into the office. 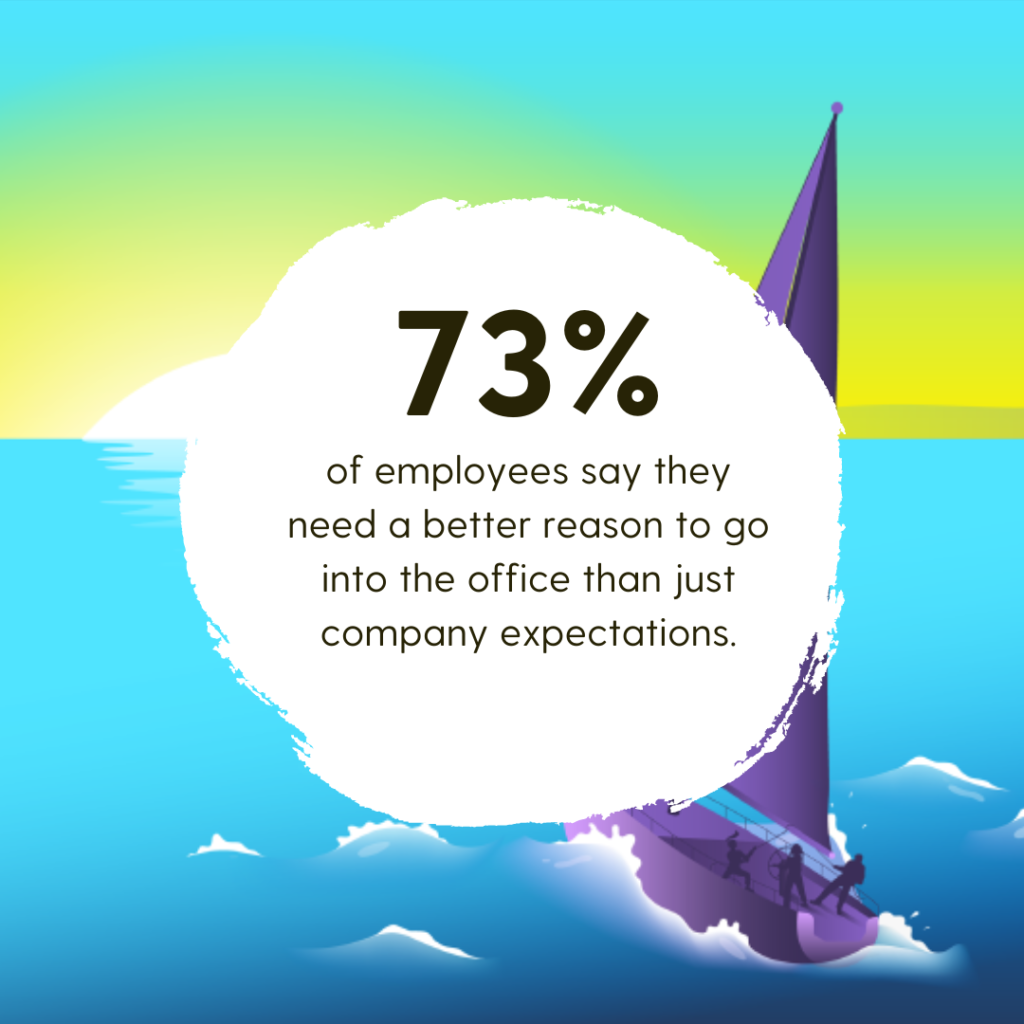 But it’s not just teammates that make people more inclined to attend the office – an authentic (open, honest, empathetic) manager can also make a difference, with employees more likely to go into the office for 1:1s, more likely to discuss their wellbeing/mental health and more likely to work in person.

However, this doesn’t mean the office is the only answer – technology plays a critical role in creating connection wherever, whenever and however people work. Communication is crucial to keeping everyone engaged and informed. Some actions to take could include using in-person time to help people rebuild team bonds and networks and building a digital employee experience to help employees stay connected to each other, to leadership and to the company culture no matter where they’re working.

Now is the time for every organisation to re-recruit, re-onboard and re-energise employees. The data shows if people can’t learn and grow, they’ll leave. Employees are embracing a new “worth-it” equation, increasingly turning to job-hopping, the creator economy, side hustles and entrepreneurship to achieve their career goals.

Rather than ignore or fight these trends, the best leaders will prioritise learning and development to help both their people and the business to grow. 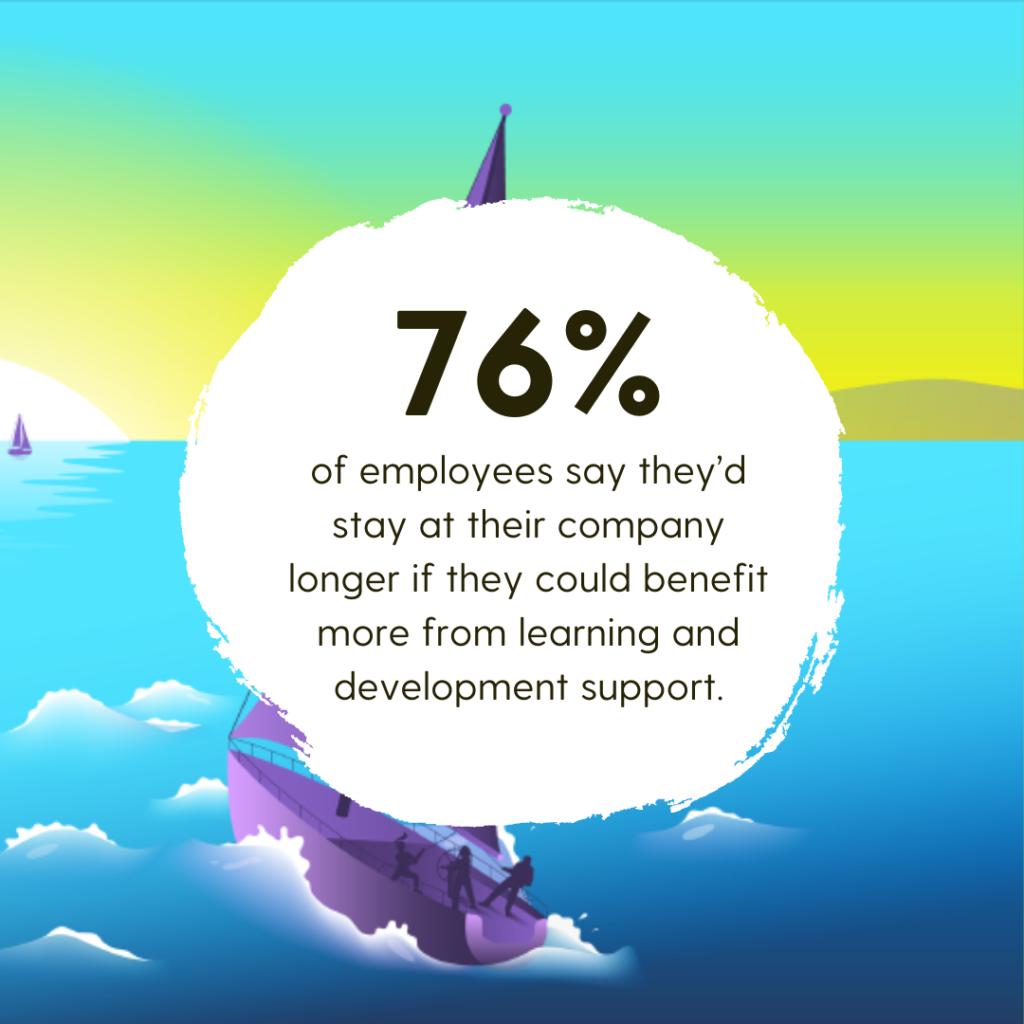 Most people feel the best way for them to develop their skills is to change companies, but when asked, 68% of employees said they would rather find their next growth opportunity inside the company if it was possible. Shifting the mindset to create an internal talent marketing place where people can grow their skills, build their careers and find purpose is not just a winning retention formula – it will help your business thrive.

The changes that have swept the work world over the past few years are not temporary. Flexibility is a feature, not a fad. And 2019 leadership practices simply won’t meet the moment for a digitally connected, distributed workforce. Leaders who look to data—not just instinct—and focus on clarity, social capital, and career growth can realise both the promise of hybrid work and the full potential of their greatest asset: their people.

Download the complete report for all the data collected from over 20,000 people surveyed across 11 countries, analysis of trillions of Microsoft 365 productivity signals, LinkedIn labor trends and Glint People Science findings.