It was three weeks before New Zealand went into lockdown and the world was starting to go crazy.

At Countdown, one of the country’s two major supermarket chains, which has 184 stores nationwide and employs around 20,000 people, senior management was watching the scenes of panic buying overseas with growing alarm.

This is the first of a three-part series highlighting the projects of finalists in the Business Transformation through Digital and IT section of the CIO Awards 2020. The awards winners will be announced in Auckland on November 24. This series is supported by CIO Awards sponsor ClearPoint.

Covid-19 was about to present the grocery industry with both its biggest business challenge and opportunity in decades. How would supermarkets all over the world keep everyone fed, while navigating the lockdown and social distancing rules governments were putting in place to stop the spread of coronavirus?

The following few months would see Countdown re-engineer its entire business to answer that question. In doing so, it added 200,000 online shopping customers, registered 120,000 people for its Priority Assistance service designed to give the elderly and immuno-compromised quick access to groceries and employed an additional 2,418 staff, many of whom were tasked with meeting that surging online demand.

Countdown would soon see firsthand its fair share of panic buying – in March and April alone, its stores sold 21 million rolls of toilet paper and 1.25 million kilograms of flour.

It was fortuitous then that ASX-listed Woolworths Group Limited, the parent company of Countdown, made the decision in 2018 to set up CountdownX. The division of the New Zealand operation has 250 staff and manages the digital aspects of the retailing business, including online shopping, the Onecard loyalty programme which now has 1.8 million members, digital marketing and customer care.

“Frankly, we would have not been able to do all of what we did during Covid, had we not done 18 months of foundational work with Countdown-X,” says Sally Copland, General Manager, Brand and Countdown-X and acting Managing Director, Countdown.

Countdown had been an early adopter of online shopping with e-commerce orders first processed back in the late 1990s.

“That legacy was fantastic on one hand and really challenging on the other because our technology was pretty historic,” says Copland.

“Some of those platforms we really wanted to own and be able to develop and modernise ourselves.”

Copland, with over a decade’s experience at the supermarket chain, had spent time looking at Woolworths’ digital operations across the Tasman and returned with some ideas for creating a more seamless customer experience for Countdown shoppers.

Online shopping was growing quickly and Countdown needed systems in place that would better accommodate the rapid growth. But Copland realised that a one-size-fits-all approach wasn’t going to work for shoppers, who have a varying appetite for browsing and buying online.

“Some customers want to engage with you on a digital platform, but they don’t necessarily want to transact with you there,” she explains.

“They are looking for content, inspiration, cross relevancy, personalized experiences.” 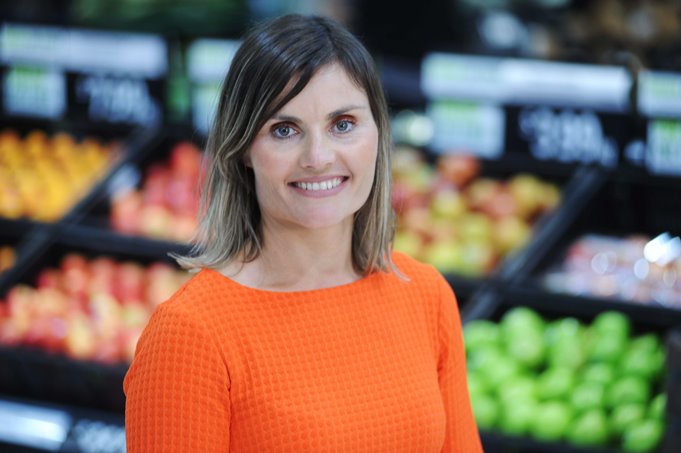 Those customers had to be better served, while digital tools could be harnessed to improve the in-store shopping experience as well.

Among the initiatives that Countdown-X was working on was an improved myCountdown app and Olive, a conversational AI virtual assistant initially developed by Woolworths. Both would play a crucial role in serving customers during the pandemic.

Read how ClearPoint offered technical and thought leadership to Countdown-X in the development of Olive.

But Copland credits something more fundamental with getting the CountdownX team through the crisis. While Countdown worked with third-party technology partners, it also prioritised building up significant digital capability internally, a resource that would come into its own as the retailer was forced to make major business decisions at speed.

By February 28, Countdown’s crisis management team was preparing for social distancing in stores and contactless shopping while attempting to shore up its supply chain as the squeeze went on distribution networks all over the world.

Copland also had her own crisis management team within Countdown X working on the technology-related priorities. Among them was ramping up capacity to take online shopping orders and fulfil them through deliveries to shoppers’ homes or pick-ups at Countdown stores.

The Countdown-X team’s feverish work on its online platforms ultimately resulted in a 60 per cent expansion in online shopping capacity within a matter of weeks. Not only did the website have to deal with an elevated level of transactions, but prioritise the vulnerable. They took 120,000 applications for priority access via the website.

“Our whole technology and our website and fulfilment systems had to be overhauled and be able to enable us to do that,” says Copland.

“When your online shopping demand is scaling up so rapidly and you’ve got stores that are unable to keep product on the shelf, your customer service team is going to struggle to keep up too,” she says.

“So that live chat functionality was about taking the pressure off but still allowing the customer to get in touch with us immediately.”

Olive held more than 300,000 conversations in April alone. The front-end capability was holding up, but it would all be for nothing if Countdown’s infrastructure, which spans grocery and fresh produce distribution centres, meat and seafood processing plants and central support offices, wasn’t able to deliver the goods.

“We were meeting every morning and afternoon to figure out how to pivot our business while keeping our team and customers safe,” says Copland.

“We had to play our role, to feed those most vulnerable in New Zealand. That was the most important thing.”

Within Countdown-X, multi-disciplinary teams were rapidly formed to tackle the logistical issues.

“The team developing the technology worked alongside people from operations and from the buying department, those who were going to have to run, operate and execute what we created,” Copland says.

“We were given the freedom to do what we do best, go away and collaborate to solve the problem.”

One of Countdown’s biggest decisions was also its fastest – to create a network of ‘dark stores’ that would be solely devoted to serving online shopping orders.

“That decision was made in one meeting. In the second meeting, we determined which store locations we would go for first.”

Five stores were immediately converted into temporary online-only stores. It had big implications for Countdown customers, some of whom were no longer able to go to their local store for groceries. It required an overhaul of the chain’s delivery logistics and retraining of staff who now found themselves hurrying around closed supermarkets filling online orders.

But the move was integral to meeting the flood of the online orders.

If pivoting to online shopping in a big way wasn’t enough, Countdown-X also found the bandwidth to roll out some innovative technology at the same time. On April 24, it launched a pilot of an e-queue system, that would allow people to wait in their cars rather than line up in the carpark for their turn to enter the store. The menial viable product was developed in-house in less than a week.

As the alert levels dropped, Countdown also piloted a contactless Scan&Go shopping system at its Ponsonby store. The app-based service lets shoppers scan the barcodes of products to tally their purchases and even use scales equipped with image recognition to avoid having to tap on the touch screen. Shoppers then exit the store via an express lane without having to approach a terminal to pay – the whole system is automated and contactless.

“You can easily scan the barcodes and your Onecard details are loaded in the app so you instantly get your points balance,” says Copland.

“We are really pleased with the uptake of it in that store and now have plans to roll it out in a few more stores.”

The lessons of business transformation at speed are now part of the company’s DNA. When Countdown opened a 3,500sqm dark store in Grenada North to meet fast-growing demand in the Wellington region, it was able to have it kitted out and ready for 24-7 operation within 35 days.

But is the online shopping shift a temporary blip or the new normal?

“I’m not sure any of us know where the dust will settle on this,” admits Copland.

“Globally, we are seeing big challenges. Locally, things have normalised. Australia is looking to us to see whether this is where e-commerce and grocery delivery settle at.”

Woolworths’ first-quarter results suggest continued strong appetite for buying online, with 50.5% growth in e-commerce sales worth $224 million. With e-commerce penetration at 11.9%, there would appear to be plenty of scope for organic growth too.

“We get thousands of new customers every single week trying online shopping for the first time,” says Copland.

“Shopping is still a social and personal thing so our stores are still incredibly important. But many customers have said they will continue shopping online.”

A number of factors came together to allow a grocery giant to navigate Covid-19, but underpinning the success was leadership and purpose, says Copland.

“We had a really strong and clear attachment to our purpose, we knew what the customer problem was that we were trying to solve. Thankfully we are a company that truly believes in data and digital.

“It was an incredibly busy time and the pressure was high. However, this experience has proven to our team and wider business that we are adaptable, innovative and most importantly, that we can keep Kiwis fed in a crisis.”

The CIO Awards 2020 Business Transformation through Digital category winner will be announced in Auckland on November 24.