Hit Netflix film says you should delete social media – but can you?

Quitting social media for good may be too hard for many, says one local expert. But there are still things you can do to make sure an addiction doesn't spiral out of control.

These are just some of the suggestions made by experts in The Social Dilemma, a hit Netflix documentary that outlines in stark detail the impact social media is having on users.

Released at the end of August, critics have raved about the alarming film, with the Los Angeles Times saying it “might be the most important documentary you see this year”.

It was called “mandatory viewing for everyone who has a social media account” by the San Francisco Chronicle.

Based on interviews with key social media experts, the film suggests applications like Facebook, Twitter and Instagram are shaping the world in a negative way, including increasing political division, causing the spread of fake news and affecting self-harm and suicide rates among teens.

Many of the big names interviewed in the movie, including former Google design ethicist Tristan Harris and ex Facebook technical lead Justin Rosenstein, have turned their backs on social media and actively campaign against the companies they used to work for. 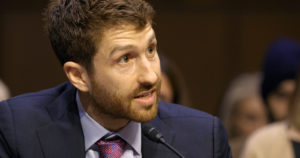 Many say those businesses started with good intentions but have chased reach, data, attention and profit without questioning what impact the services were having on users.

Former Facebook staff member Tim Kendall, the company’s director of monetization, takes it one step further, suggesting social media is causing so much division the world could be heading towards “civil war”.

But it’s the end of the film, which suggests viewers should quit their social media habit for good, that has really raised eyebrows.

One local expert warns going cold turkey might be going too far.

“Perhaps a more reasonable outcome that might make some change is to ask our … government to step in and look at some kind of control of those platforms,” she says. 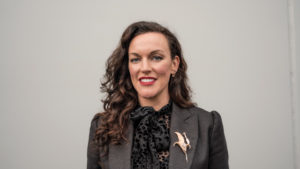 Tina Moore is a social media expert based in Auckland. Photo/Supplied

Moore, who has 10 years’ experience running high profile social media accounts, says she was already aware of many of the issues raised by The Social Dilemma.

Earlier this year, she took steps to curb her own social media addiction, turning off all notifications on her phone after a 10-day digital detox.

“I felt so good, mentally, that I wanted to carry a slice of that through my day-to-day life … I released the shackles from the constant pull for my attention of my notifications. My phone was kind of in control of me, and now I’m more in control of it.”

But, despite her experience in the industry, and her awareness of social media’s downsides, Moore says the film still left her feeling “quite grim”.

“Attention has gone so fully into these platforms that we’ve lost our audiences from other more traditional things, like radio and newspapers,” she says.

Instead, Moore suggests that those using social media platforms do so with their eyes open.

“I’ve been giving similar advice for years now and that is (to ask) ‘What are your intentions?’ I choose not to work for businesses that are out to manipulate in a bad way. I still think (Facebook) is an excellent platform for businesses to find and reach customers,” she says. “It’s just a matter of doing it in an authentic and positive way.”

A scene from The Social Dilemma. Photo/Netflix

Since seeing the film on Monday, Moore has been telling everyone she knows to watch it.

And she has her own advice for those who have seen it, but are yet to make changes to their social media habits.

“Take control of your own personal use of social media by doing simple things like turning off all your notifications, deleting apps you believe are time-wasting, and being cautious about the time and energy you spend there,” she says.

“Take action and demand more from our government in terms of regulating these platforms.”

In New Zealand, Netflix was forced to change The Social Dilemma’s rating to PG13+ and include a content warning after a viewer complained to the Chief Censor about the film including a brief scene from the banned livestream of the Christchurch mosque shootings.