Here are the best video games of 2020

From cute cartoon jellybeans to disturbing tales of zombie revenge, the year's best video games had it all.

Ori and the Will of the Wisps (March) 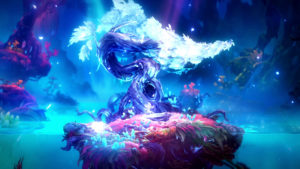 A scene from the enchanting Ori and the Will of the Wisps. Photo/Moon Studios

Aside from the release of two new consoles in November, Xbox had a relatively quiet year. Its best game came early, with the sequel to a much-loved platform game that had no right to be as good as it was. Ori and the Will of the Wisps doesn’t feature massive action sequences, major set pieces or big boss fights. Instead, it’s a quiet, meditative and dreamlike platformer that asks you to guide a forest spirit through a series of increasingly complex puzzles. With thrilling neon glows and cinematic sound, Will of the Wisps was never less than enchanting – and cute and cuddly enough to play with the kids beside you on the couch.

The Last of Us: Part II (June) 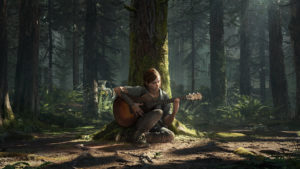 At first, I hated my time with this, the sequel to one of the best video games ever made. I loathed the story, a brutal tale of revenge. I didn’t enjoy the missions, which asked you to kill humans, zombies and dogs by sneaking up and snuffing them out as the camera zoomed in on their quivering faces. Then there’s the ambiguous ending, which left me cold. But, over time, I’ve come to see that The Last of Us: Part II is a work of genius, a complete and utter success. Why? Along with the first-class gaming mechanics, it made me feel things: tension, anxiety, frustration, and yes, hate, which is exactly what Part 2 is all about. Even now, months after finishing it, I remember exactly how I felt when I completed the game: relieved. This game stays with you, and that’s something you have to love. 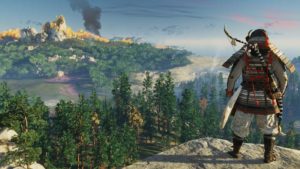 A scene from Ghost of Tsushima, one of the best games of the year. Photo/Suckerpunch

The paint was yet to dry on The Last of Us Part 2 when Ghost of Tsushima came out of nowhere and sucker-punched everyone. The open world samurai quest featured some of the best action sequences and scenery available on Playstation 4 consoles, with breathtaking views and sweeping vistas of Tsushima Island stretching as far as the eye could see. The sword fights were grueling and intense, yet always entertaining, as you blocked, sliced and stabbed your way through inventive combat sequences. You can only hope that an updated Playstation 5 version is in the works, because that really would be something to behold. 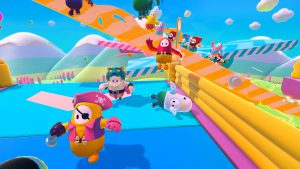 If you’d have asked me if I would spend Auckland’s second lockdown playing an annoyingly addictive arcade game featuring cartoon jellybeans with the kids, I would have laughed so hard. But we had an absolute blast with Fall Guys, which was released in February but became a serious sensation once it became free for all Playstation Plus subscribers. That annoyingly jangly music, those diabolical challenges, the communal chaos, and a constant nagging need to finally win one of these things made Fall Guys an overwhelmingly addictive experience. Just writing this makes me want to go and play it again and again. 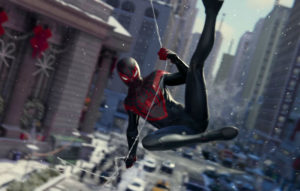 Zipping through the sky is one of the best things about Spider-Man: Miles Morales. Photo/Insomniac Games

When the Playstation 4 was released in 2013, decent games to showcase the console’s new technology were few and far between. Knack, anyone? Thankfully, that was rectified with November’s release of the Playstation 5, which landed with a frenzied superhero romp that made full use of the all that turbocharged power. In Marvel’s Spider-Man: Miles Morales, you could swing past buildings and the haptic-activated DualSense controller would rumble in your hands, while New York’s city streets never looked so crisp and clean. Add in a rollicking story ride and you had one of the year’s best games – you just needed to nab yourself a Playstation 5 to play it.