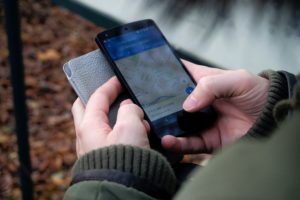 Google has added a “Covid layer” to Maps to show coronavirus outbreaks in different areas and regions.

The “Covid Layer” shows new confirmed cases of Covid-19 within the last seven days for a given region. It will also show the average of new cases per 100,000 people.

The new layer will be available in 220 countries and territories on iOS and Android, over the next few days.

According to the company, the goal of the “Covid Layer” is to help people make decisions about whether or not to travel to certain locations, as well as what to do in certain areas.

Microsoft has quietly confirmed it will release a replacement for Office 2019 next year, with a perpetual license.

It was only a line in a news post by the Exchange team but it was spotted by Windows Central.

The Exchange team wrote: “Microsoft Office will also see a new perpetual release for both Windows and Mac, in the second half of 2021.”

No further details about this new version have been revealed.

The same news post says more details will be revealed “later” but there is no clue on when that might happen.

The release will give people the option to make a one-time payment for Microsoft Office, rather than pay for an ongoing subscription.

Wikipedia is getting a facelift, for the first time in a decade

In more news that you probably weren’t expecting, Wikipedia is about to undergo a redesign, for the first time in ten years.

According to the Wikimedia Foundation, Wikipedia’s parent company, the redesign will happen over time, in incremental stages, and should be finished by the end of 2021.

A MediaWiki post reveals details of the different features that will be added to the redesign, including a collapsible sidebar and a one-click button to change the language for a particular page.

“Our goal is to create a more welcoming experience for all who come to our projects, regardless of background or level of experience with Wikimedia sites,” Olga Vasileva, Lead Product Manager at the Wikimedia Foundation, wrote in a blog post about the redesign.

“Forthcoming changes to the desktop include a reconfigured logo, collapsible sidebar, table of contents, and more! You can see the full list of new features on MediaWiki. These changes will happen incrementally over a long period of time, to allow for ample user testing and feedback,” Vasileva added.

“If all goes to plan, these improvements will be the default on all wikis by the end of 2021, timed with Wikipedia’s 20th birthday celebrations.”

For now, only a redesign of the desktop version has been confirmed. It is not yet known whether the mobile version will change too.