Trying to choose what to watch, and where to watch it? This might help you make that decision.

Do you sit on the couch and Netflix and chill every night? Do you borrow your aunt’s Amazon Prime Video login details, and your cousin’s Neon account password? Or do you avoid TVNZ and Three at all costs and mostly stream YouTube videos?

Do you have Disney TV+ for the kids, and Apple TV+ for you? Or do you dip and dive, using Neon one month, pausing that subscription, then swapping to Netflix for the next?

When it comes to streaming services, there are so many available now they number into double figures. It’s hard enough to know what to watch, let alone where to watch it.

To help make that decision eaiser, we’ve ranked, rated and reviewed every streaming service on the market, both paid services, and free ones.

Be warned: you might be adding a few new subscriptions to your monthly credit card bill after reading this …

It seems unfair to pick a single streaming service in last place, so Shudder and Acorn have been grouped together. It’s not because they’re bad services – they’re not. If you’re into high brow British dramas like Taggart and A Touch of Frost, Acorn is absolutely the place for you. And if you love scares, Shudder serves up an all-you-can-eat boo buffet of horror films and TV shows. Both have slick interfaces, loads of content and 7-day free trials. And there’s definitely room for them in this ultra-competitive market. But they’re not your every-day, go-to streaming service, and that’s what we’re trying to find here.

ThreeNow shouldn’t be this low on this list. A year ago, the Network’s in-house streaming services was swamped in quality homegrown content, shows like New Zealand Today, Grand Designs NZ, Golden Boy and The Gulf. Add in stalwarts 7 Days and the network’s quality news shows and you had a service to savour. Thanks to the network’s well-publicised financial woes, ThreeNow is in a bit of a sorry state. The homepage is chocka with imported reality shows like Big Brother, Bondi Rescue and The Bachelor. It’s still the place to find Newshub’s journalists at their best, catching up on Tova O’Brien’s searing prime time political exclusives or Patrick Gower’s deep dive documentaries. It’s just a shame ThreeNow has so much filler, and too little killer. 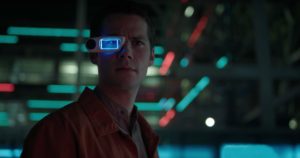 Despite the rise of Twitch, Instagram and TikTok, if you want to see YouTubers and influencers YouTubing and influencing, YouTube remains the place to be. But a while back, the video streaming giant gave proper TV a run for its money, launching a premium, ad-free service that gave paying customers access to a bunch of original shows. Some of them were quite good: Karate Kid spinoff Cobra Kai got rave reviews, and Weird City got strange in the best possible way. But YouTube hasn’t followed through on that strong start, releasing the snore-fest Justin Bieber deep-dive Seasons. Next up: Paris Hilton and David Blaine get a turn. If YouTube is going to commit to TV, it needs to properly commit. 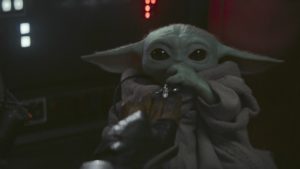 From the day Disney launched its first streaming service last October, there was just one reason to justify that $9.99 subscription fee: Baby Yoda. Yes, Disney TV+ has a back catalogue to envy, including every Marvel, Disney and Star Wars movie ever made, plus a slate of National Geographic originals. But it was mini-Yoda in The Mandalorian that really captured everyone’s hearts. Season two starts next month, so it might be time to restart that subscription you let lapse.

Binge now: The Mandalorian, every Marvel movie in order

It flopped on launch, all those promises of big directors and major shows falling flat. Aside from a couple of cute shows for the kids – including the excellent Muppets spinoff The Helpsters – there was barely anything to watch. That’s quietly changing, with Apple showing dedication to making its TV service work. It nailed a couple of killer comedies, including Jason Sudeikis’ Ted Lasso and the geek-lols of Mythic Quest: Raven’s Banquet. It nabbed the excellent documentary The Beastie Boys Story. And it got Little America, one of the year’s best shows. On this form, Apple TV+ will be moving up this list quickly. 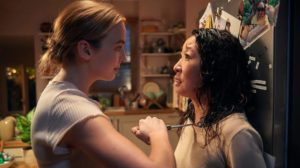 Slow and steady has done the trick for TVNZ OnDemand. It took time, but TVNZ has built a super competitive streaming service over the past couple of years, with big-hitting overseas shows Killing Eve and Wentworth nestled next to its slate of local originals like Wellington Paranormal and One Lane Bridge, plus its kids platform HeiHei. It’s good to see them supporting local comics too, providing a platform for Tom Sainsbury’s Sextortion and improv show Snort: Live. The one thing letting TVNZ OnDemand down are those damned ads. Its 2020, and it’s time to introduce an ad-free premium model, guys.

It shouldn’t be like this, Netflix. You started off with such a bang, knocking it out of the park with peak TV smashes like Orange is the New Black, House of Cards and Bojack Horseman. You kept it going with great original movies. All that’s changed now. You’re just like all the other channels, with too many average reality shows, strange documentaries and middle of the road movies smashed together. It’s hard to find the good stuff – even when it arrives. For every Tiger King or Russian Doll, there are dozens of wonky cooking shows, dating game shows and dodgy movies to sift through. For every Uncut Gems, there’s The Do-Over or Murder Mystery to skip past. Quality control has gone out the window, and so has the respect Netflix once deserved. 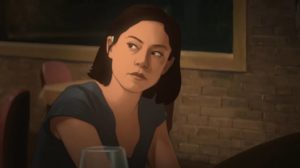 The dark horse of the streaming world, Amazon Prime Video is incredibly cheap (US$2.99 for the first six months, $US5.99 after that) and its quality control is much higher than Netflix. Here’s a string of shows you might have heard about, but haven’t got around to watching: Undone, Fleabag, The Terror, The Man in High Castle, Goliath, Bosch and Homecoming. All of them are on APV, and if you can get past the fact that you’re giving even more money to the world’s richest man, Jeff Bezos, you’ve got some great nights of viewing ahead of you. Oh yeah, they’re also filming the most expensive TV show ever made – a TV adaptation of Lord of the Rings – right here in New Zealand, right now. 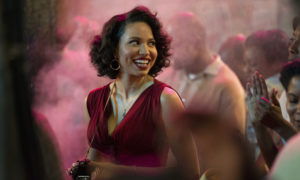 Yes, it’s a surprise to us that Sky TV’s streaming platform is in the top spot too. A few months back, Neon remained an afterthought to Sky TV’s cable channels, a clunky, sluggish platform that wasn’t worth investing in. All that’s changed. Thanks to its Lightbox takeover, Neon has been streamlined, and the library has expanded.  The full HBO back catalogue is available, with shows like The Wire, The Sopranos and Six Feet Under ready to binge. It’s got Lightbox’s catalogue of big hitters too, including Better Call Saul, The Office and The Handmaid’s Tale. Crucially, all of the year’s best new shows are on there: I May Destroy You, Lovecraft Country, High Fidelity, Search Party. Add Jude Law’s looming shocker The Third Day into the mix, and Neon has quickly become a must-have subscription. If you only have one streaming service, make it this one.

Binge now: Lovecraft Country, Watchmen, I May Destroy You