The gateway to Aotearoa just got smarter

Auckland Airport has felt the impact of the pandemic more directly than just about any other organisation in the country.

International visitor numbers plunged in 2020 as our borders shut and the shape of the airport’s business has looked very different ever since. The airport has supported domestic travel, critical cargo shipments, Kiwis returning from overseas the trans-Tasman travel bubble.

This is the fourth of a five-part series highlighting the projects of finalists in the Business Transformation through Digital and IT category of the CIO Awards 2021. The awards winners will be announced in Auckland on November 23. This series is sponsored by CIO Awards sponsor ClearPoint.

It would seem likely in the face of such uncertainty that all major transformation projects would be put on hold. But Auckland Airport has done the opposite, forging ahead on a total airport management (TAM) solution even as its business was changing day to day.

That project is now a finalist in the Business Transformation through Digital and ICT category at this year’s CIO Awards, with the winner to be announced on August 31.

“We’ve had more curveballs thrown at us in 15 months than most companies experience in a decade,” admits Jonathan Good, Auckland Airport’s General Manager of Technology and Marketing.

“We’ve had to massively reshape our workforce and shrink to fit our financial context.”

But the project undertaken over the course of the last year has left Auckland Airport better able to adapt to the ever-changing business environment. The main aim was to allow real-time data-driven decision making across the airport.

Part of that involved a major revamp of the airport’s data warehouse, creating in its place a data lake capable of hosting and making available numerous sets of data drawn from the airport’s systems.

It meant that when the recent pause in the trans-Tasman travel bubble was announced by the Government, the airport was able to share detailed plans for how to deal with the last minute flurry of passengers heading home in both directions before the border shut once again.

“Historically, we were a bunch of disconnected actors,” Desai says.

“Now, in real-time, we can collect, collate and share insights from data gathered from across the airport.”

A major benefit of the data project has been achieving more useful scenario modelling of factors such as terminal passenger processing and plane turn-around times. Forecasts that used to take six hours to produce can now be generated in 15 minutes.

Before the predictive modelling tool was in place, airport staff had to deal with the sort of thing that makes a stressed traveller’s blood boil – a snaking queue through the terminal due to slow security processing. 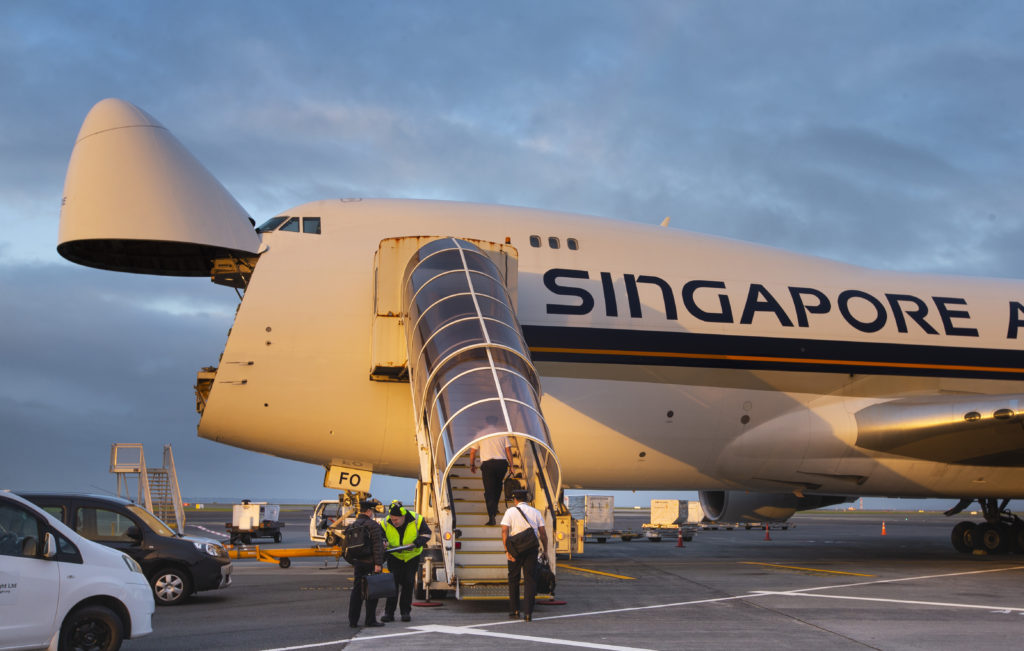 Modelling showed that simply moving the timing of the security staff’s 20-minute breaks to better align with passenger flows through the terminal, could help prevent the problem from happening again. Two weeks later, with the new system in place, the same passenger volumes were easily accommodated.

New IT infrastructure allows for more automated processing of information and machine learning tools that will eventually be applied to every aspect of Auckland Airport’s operations, including planning for merging its domestic and international terminals and the creation of a new retail precinct.

Getting underway at a time when the airport faced a financial crunch due to the lowest traveller numbers since 1972, the TAM project required a rock-solid business case to justify its investment as well as buy-in from airport workers.

“When someone has years of experience and then we turn on Microsoft’s machine learning, that could be really confronting,” says Good.

“But instead, those people are our most passionate advocates.”

Agile methodology kept the project progressing and has fostered an effective approach to delivering the technology that enables Auckland Airport to achieve its strategic goals.

Says Desai: “It is incredibly useful when life changes ten times a week at the moment.”

The New Zealand CIO Awards recognise individuals and teams who have shown leadership, innovation and foresight in their contribution to ICT and business.

ClearPoint are proud sponsors of the Business Transformation through Digital and IT award which honours the achievements of organisations that have successfully planned and executed a Business Transformation initiative or initiatives through the use of digital and disruptive technologies. By using technology to innovate and transform their business they have produced a range of benefits for the organisation. ClearPoint has a real affinity with this category as transforming any business today requires the right people, process, practices, culture, and of course the right technology.

The winner will be announced in Auckland on November 23, 2021.