The kitchen is the heart of the home, so investing in a new one designed to last you the next 20 - 30 years is a decision not to be taken lightly.

Kitchen Mania understands that. The family-owned and operated cabinet maker has been designing and making kitchens in Auckland since 2009, with co-founder and Managing Director Carl Arnold involved in the woodworking industry all the way back to 1985.

Kitchen Mania’s aim is to deliver kitchens “tailor-made, hassle-free” and its extensive photo gallery of modern, stylish kitchens is testament to a long list of happy customers.

But a few years ago it became clear to the Arnold family that work was needed to make Kitchen Mania’s business processes hassle-free as well, particularly as it expanded to three stores across the city.

“The sales team would start adding the bits and bobs to that folder as the work progressed for the customer. You would be in real trouble if that folder went missing.”

Looking to the cloud

“But we weren’t using it as a CRM. We were basically spending all of this money for something that we literally just used for storing files,” says Greg.

Kitchen Mania needed a platform that would give its entire workforce of 45 staff, from managers and salespeople to designers and installers, visibility into the full pipeline of kitchen projects and their status. 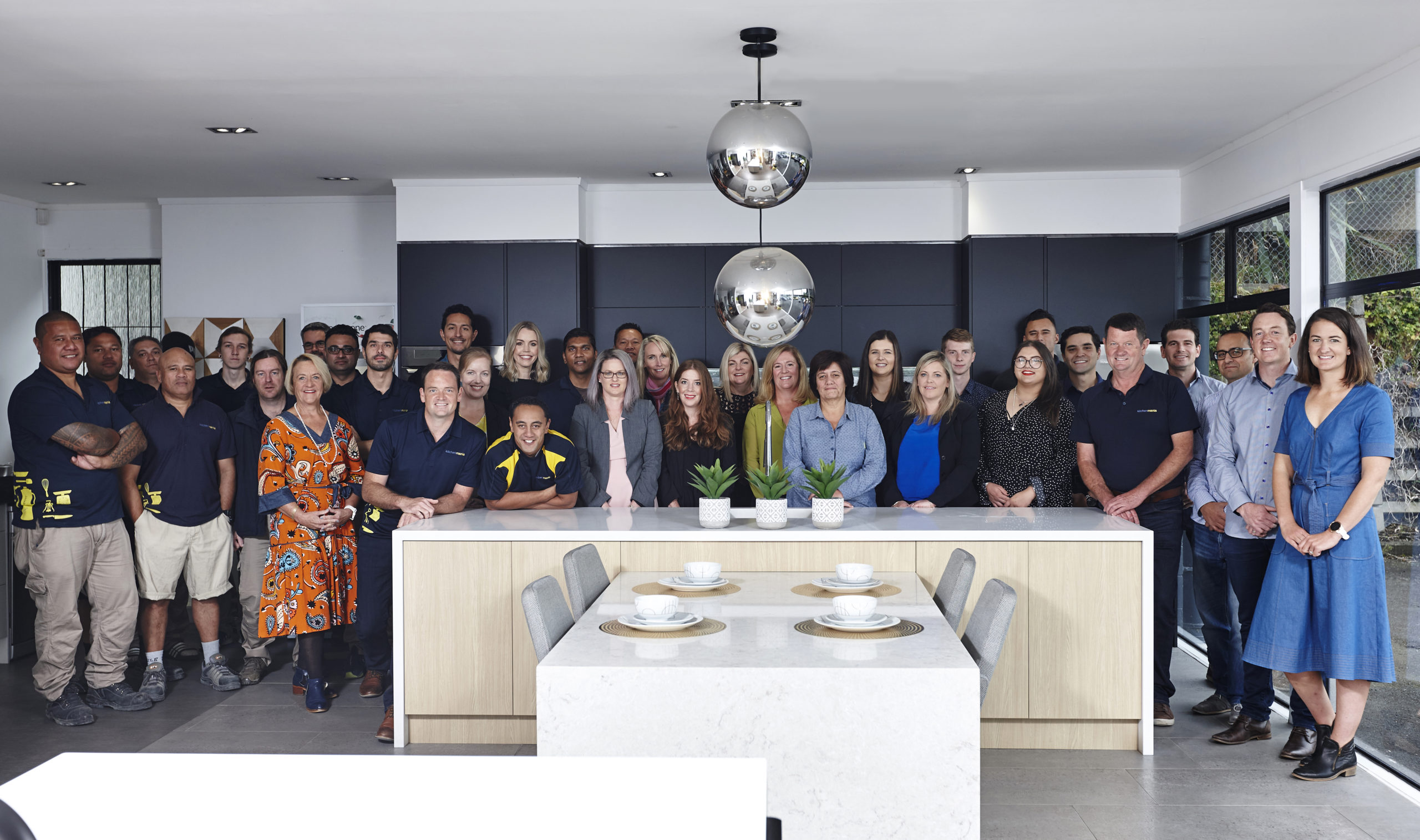 With Salesforce, everyone at Kitchen Mania has visibility into their customers’ journey.

It needed to assist the Kitchen Mania team to support customers through each stage of their kitchen-buying journey. Faced with the prospect of having to spend the best part of $100,000 to upgrade Kitchen Mania’s computer server without gaining any added functionality, Greg began a search for a cloud-based CRM system, a search that led him to Salesforce.

The Salesforce platform’s core components of Sales Cloud and Service Cloud with the addition of marketing automation through Pardot, had everything Kitchen Mania needed to transform its way of working, one that previously involved a lot of “guessimation”, Greg admits.

“That wasn’t the end of the world when we only had one office. But as soon as we started opening some branches and having people working remotely it became harder to know exactly what was going on in the business.”

That changed in October when Kitchen Mania went live with Salesforce. The change, says Greg, is like “night and day”. From new customer leads received via the website, all the way through the sales and design process to installation and beyond, Salesforce shows one unified view of the customer.

“For business planning, it is brilliant,” Greg says.

“I know that if we are tracking at a certain number in terms of new customers, then this is where we will be in three months time. We didn’t have those basic metrics before.”

Sales and design staff now get an overview of the status of all of their customers through their Lightning Sales Console in Salesforce.

That new-found visibility into the business came into its own when Kitchen Mania joined hundreds of thousands of businesses in lockdown in March.

“We went from producing heaps of kitchens in March to no kitchens in April because of Covid-19,” says Greg.

The Kitchen Mania team went home and regrouped. The workshop was closed, but designers could still work in their 3D design software and update each other on progress via Salesforce.

It was an anxious few weeks for Greg and the team. But then Kitchen Mania’s fortunes changed. A radio station got in touch with an offer of cut-price on-air advertising and Kitchen Mania launched a new marketing campaign.

“As it turned out, people were at home with the radio on, baking in the kitchen with the kids,” says Greg.

“That was a great aspect of lockdown, but many of them also looked around and decided they actually needed a new kitchen.” 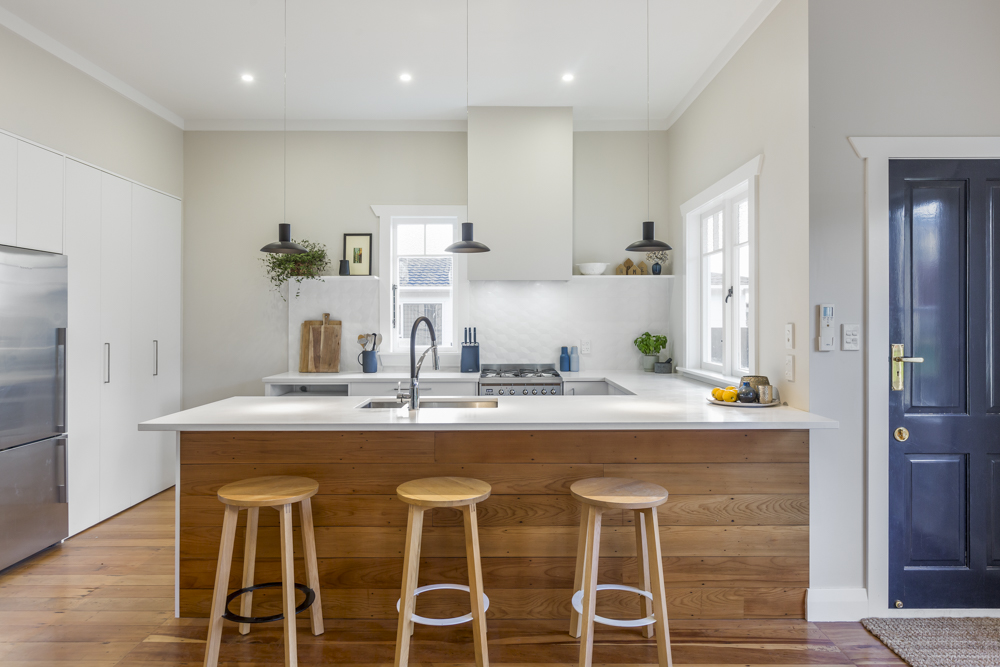 Lockdown led many Kiwis to question whether their kitchen was fit for purpose.

The ad campaign kicked off a wave of customer enquiries and soon the team was busy designing from home. It required some improvisation. They used Google Meet to do video calls with customers, sharing their screens to give them a 3D walk-through of their kitchen designs.

Greg took it a step further, getting his daughter to record a video of him coaching customers in how to accurately measure up their kitchen so the design work could begin without a measuring visit from the team.

The result was that Kitchen Mania had a strong pipeline of work when its workshop re-opened. Greg is now looking to banish the cardboard folder forever, with a plan to take Kitchen Mania paperless in the next 12 months. Everything will reside digitally in Salesforce.

In it for the long haul

He’s also looking to build on that recent marketing success, exploring the functionality of Pardot to communicate with customers.

“It may be as simple as sending them an email update to let them know their kitchen has gone into the factory for production or a photo to show progress,” says Greg.

With long lead times for customers as they mull over a kitchen upgrade, Greg also hopes the marketing tools in the Salesforce platform will allow Kitchen Mania to stay engaged with them for longer.

“It’s not uncommon for someone who saw us at a Home Show five years ago, to turn up with an old brochure and enquire about a kitchen,” says Greg.

“If we can be in touch with them and stay on their radar when the door does finally fall off their kitchen cabinet, maybe they’ll decide to come and see Kitchen Mania.”