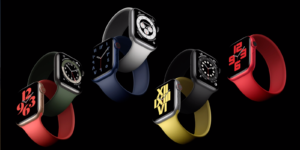 Differing from what it had done in the past, rather than discontinuing old watch models, the company has announced two watches: a premium version, the Series 6, and a lower-cost version, the Apple Watch SE.

The Series 6 is said to be 20 percent faster than the Series 5 and includes a new sensor that measures blood oxygen levels.

The new smartwatch will also be able to track elevation in real time and it will feature several different watch faces.

Apple is releasing the Series 6 in four different colours and with two types of bands.

A collection of new watch faces

The company has also announced a new feature – Family setup – which allows users to control multiple watches with one iPhone.

Microsoft’s underwater data centre is back to surface 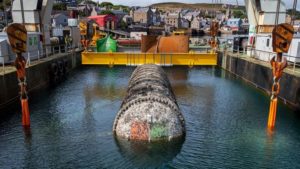 The data centre that Microsoft put underwater off the coast of Orkney two years ago is back to the surface.

The company put the data centre in the ocean for two years and will now assess how the experiment went, how the data centre performed and what lessons can be taken from this in terms of energy efficiency.

Microsoft says the cylinder, which was submerged in May 2018, had a lower failure rate than the more conventional above water data centres.

Only eight out of the 855 servers on board failed.

“Our failure rate in the water is one-eighth of what we see on land,” said project leader Ben Cutler.

While the team will now assess the performance, they speculate the better result could have come from the fact that nitrogen, rather than oxygen, was being pumped into the capsule.

Project Natick, as it has been dubbed, aims to find more energy efficient ways to run data centres.

YouTube has created a TikTok rival and will test a beta version in India, the company has announced.

YouTube Shorts will work similarly to TikTok, limiting videos to 15 seconds and featuring creator tools like the popular Chinese app.

Shorts also includes a multi-segment camera that allows creators to string multiple video clips together, as well as a timer and countdown to help them record hands-free.

This week in India we’re launching an early beta of YouTube Shorts, a new way to discover, watch and create short, vertical videos on the YouTube app.

Even if you don't live in India, you can still upload your short videos today. Learn more → https://t.co/6VySxIwMB9 pic.twitter.com/M0jXHoJkki

India banned TikTok, along with other Chinese apps, in June, as tensions between the two countries continue to escalate. It was a big blow for TikTok, which had an estimated 120 million users in India.

YouTube’s beta test in India comes just days after Oracle has confirmed it will acquire TikTok’s US operation.