When the world’s nations come together in Glasgow next month for the COP26 conference, there will no doubt be fierce debate as climate diplomats, including our own climate change minister James Shaw, over attempts to renew emissions reduction targets.

If they can achieve consensus on that and come away with anything else, such as an agreement on the framework for a global carbon credit trading system or a commitment to end international financing of coal-fired power stations, they’ll be doing very well.

But for the 56% of the world’s 7.7 billion inhabitants that now live in cities, progress on the massive decarbonisation of the economy will translate into factors including how they travel around town, the quality of broadband connections allowing remote working and how green the city’s buildings airconditioning systems are.

All of those factors go into making the type of smart city most climate-conscious municipal authorities aspire to be. EasyPark, the Stockholm-based tech company that uses an app-based system to allow drivers in 3,200 cities around the world to locate and book car parking spaces and charge their electric vehicles, has attempted to rank the smartest cities in the world.

EasyPark’s Cities of the Future Index considers a number of criteria indicating how intelligent and sustainable a city is. They range from citizens’ access to world-class educational facilities and healthcare innovations, to traffic management and green transportation available in each city.

The smartest cities with a population over 3 million 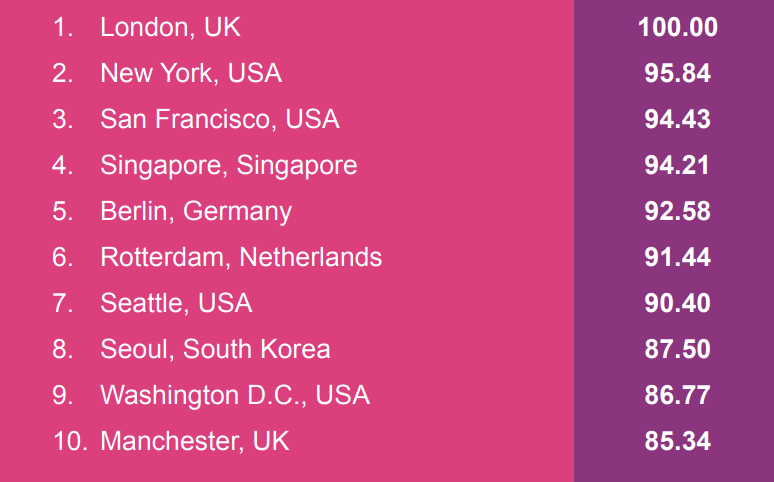 London emerged as the smartest city in the world, while smaller Scandanavian cities performed particularly well, with five of the top ten cities in the 600,000 to 3 million population category coming from the region. 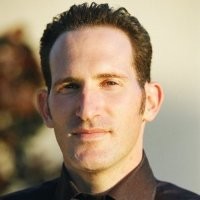 How did our own cities do? Auckland, Wellington and Christchurch scrapped into the top 50, suggesting we have more work to do to develop the infrastructure and services that will make our cities more sustainable as we pursue the Government’s carbon zero 2050 goal.

Auckland landed in 49th position in the ranking of metropolitan areas with a population of between 600,000 and 3 million, between Bordeaux and Bologne.

For metropolitan areas with populations between 50,000 and 600,000 people, Wellington ranked 47th, two places behind Christchurch in 49th position.

Umbrellar Connect spoke with Eli Grossinger Binshtok, CEO, EasyPark ANZ, about what the Cities of the Future Index tells us about what makes for a truly smart city.

New Zealand cities appear to be lacking when it comes to measures of smart cities, with Auckland, Wellington and Christchurch barely scraping into the top 50 cities. Can you share any insights on what is holding back New Zealand’s progress in this area?

What’s more, other cities around the world have had a stronger smart city infrastructure in place for several years, whilst New Zealand has just become the first nation in the world to have all of its local councils join the Smart Cities Council.

It can be expected that with increased development and investment into Smart Cities, New Zealand will continue to progress in this area.

The Scandinavian cities dominate among the smaller cities, the likes of Lund, Copenhagen and Stockholm dominating. What are the factors driving adoption of technology in these cities? What can we learn from these Scandinavian cities that seem to be very progressive in this space?

Historically, Silicon Valley has been revered across the world for being the hub for technological innovation. However, in recent years start-ups from Scandinavia have been thriving.

Companies like Skype, Spotify, Rovio (the creators of Angry Birds) and Klarna all hail from the Nordic regions. Whilst it is hard to pinpoint one specific reason for this, industry experts attribute at least part of the success to the fact that these nations don’t view the free market as most other western nations.

In addition, the public sector in these countries is known for its strength and the integral role that it plays in helping start-ups from each country navigate the business world. The infrastructure that is in place in these nations, along with the collaborative ‘Nordic Model’ to which they all belong makes public access to the latest breakthroughs easier and more affordable.

What correlation are you seeing between the introduction of technology to better manage transport and better environmental sustainability? Is there an evidence base to suggest a more connected city with high tech adoption is a greener city?

London rates incredibly highly among the big cities, something I was surprised at given my last visit to the city where not much seemed to have changed in years. What are some of the factors behind London topping the list of big cities?

So when breakthroughs are made, they are tested in London first to see how well they would be accepted elsewhere across the country and continent. In addition to this, the fact that the city has some of the best tech education facilities in the world, means that London is a breeding ground for breakthroughs in technology.

Each Mayor of London makes the city’s response to climate change one of their top priorities. One of the most recent targets set for the city is that by 2037 at the latest, all 9,200 buses across London will be zero-emission. Ambitious plans like these make London a trailblazer for other cities looking to implement innovative solutions to current problems.