Celebrate the start of the Māori New Year by downloading the apps using technology to shine a light on tradition and te reo.

The reappearance of the Matariki star cluster in the mid-Winter sky signals the beginning of the Māori New Year. Also known as the Pleiades, the Matariki is one of the closest groups of stars to Earth, long wished-upon.

One of the many Māori legends sees the brightest star as Matariki, surrounded by her eight daughters, Tupu-ā-nuku, Tupu-ā-rangi, Waipunarangi, Waitī, Waitā, and Ururangi. The family journey across the night sky each year to visit Papatūānuku (the earth mother) and help her prepare for the year to come, to bring mauri (life force energy) with their natural gifts. In spending time with their tupuna, they gain skills and knowledge, to be guarded and passed on to others.

This Matariki, the tradition of Māori oral histories is also protected, shared and enjoyed with the latest technology. Below we share the Māori-led apps worth downloading, for you and your family.

#1miriona is inspired by a social media campaign of the same name to engage one million supporters of the Māori language. Created by KIWA Digital, it shares the meaning of the pepeha (statement of identity) and waiata (a Māori, song usually commemorative) and helps users create personalised versions with interactive learning and recording tools. 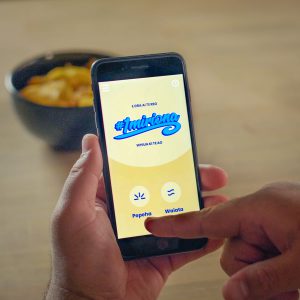 This mythological adventure game from Metia Interactive is about kaitiakitanga (guardianship). Players guide Maia on a journey to protect her Fiordland friends and family. It’s not just about physical skill. The gods are watching Maia very closely– judging her behaviours and choices to give a Mana Score of her spiritual power, will, integrity, and inner strength. Episode One has three different endings depending on what Maia’s Mana Score is at the end of the game. Episode Two is in development. It is made in with Unity and the New Zealand Film Commission, Te Tumu Whakaata Taonga.

From New Zealand Trade and Enterprise, Te Kete Māori is an introduction to Māori culture, its customs, key phrases and songs. It was made for staff but can be downloaded for free by everyone, and used both online and off. Helpful tips include how to greet visiting business delegations and how to prepare for a pōwhiri. Full of audio guides, it is also designed to help with pronunciation. The app was made with the support of Air New Zealand, Te Taura Whiri i te Reo Māori, Te Puni Kokiri and Tourism New Zealand and has just received a new update and redesign from KIWA Digital.

The Spark-sponsored app that turns a phone into an instant translator with Google photo recognition technology has gained traction since 2018. This Matariki, the app asks users to find nine household objects representing the nine Matariki stars – such as wai (water) representing the Waitī star governing freshwater and the creatures within it. Once such a star is found, the audio of its origin story can be played in either te reo Māori or English by prominent orators Stacey and Scotty Morrison and educator Rhonda Tibble. (Recordings come from Spark’s previous 0800 Matariki campaign.) Supported by renowned Māori astronomer Dr Rangi Matamua, the app connects Māori astronomy closely with the physical world.

For a world-first for the Department of Conservation, KIWA Digital developed a nature app that incorporates te reo Māori, Chinese and English translations. It shares the names and narratives of native species and spaces with an interactive map and native bird calls. It was made with the support of Auckland Tourism Events and Economic Development. As well as its own apps, KIWA Digital creates experiences for government agencies and the corporate sector. It is working on more apps for Te Wiki o te reo Māori in September, so watch this space.

Aki is an earlier app developed by the University of Otago to teach Māori language vocabulary and phrases through gaming. For every word or phrase the player matches correctly, a waka crew will paddle further – just watch out for the taniwha if too many mistakes are made. Once the four courses, located on a map of New Zealand from Ōtepoti (Dunedin) to Kaitaia, are complete, users can challenge themselves to complete the race in the quickest time possible, with the fewest mistakes, and challenge friends and family through the Game Center. 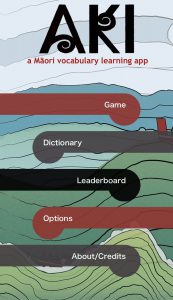 The Ruatoki app was made by iSPARX with artist and activist Tāme Iti, for an exhibition of the same name with artist Billy Apple. The augmented reality art piece shares personal and shared stories along the ‘Line of Confiscation’ (a boundary between Tūhoe land and land confiscated by the New Zealand Crown) with images, audio and animation. For those that journey to the Line, visual elements are layered over the phone screen with advanced GPS and positioning as viewers walk down it. Those not at the site can immerse themselves in the multimedia experience through the remote feature. iSPARX has also worked on award-winning interactive projects with Te Papa and Rongowhakaata. 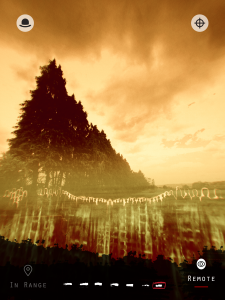 While controlling a robot with code blocks, players can learn coding concepts and how to think in a 3D world. With the option to learn technical terms in te reo or English, the game has 24 education levels testing problem-solving skills with tutorials to help. Metia Interactive also works with agencies and companies, including the University of Auckland for the fantasy app game Sparx, developed to help young people with depression.

Jessica-Belle Greer is an experienced lifestyle features editor and writer based in New Zealand. She believes in big ideas and smart solutions.

Enlighten Designs creates beautiful, user-friendly digital solutions. As an award-winning creative technical agency, our mission is to deliver digitally transformative experiences for customers ranging from small businesses to enterprise clients. Founded in 1998, Enlighten Designs is based on our passion to bring exceptionally designed, innovative and custom technology solutions from the shores of New Zealand to the world.