Yes, the PowerDollar is yet another digital currency, but PowerFinance plans to use it to let any business embed finance into their product offerings.

It’s the usual routine when you buy your dream home or a new car – you negotiate a price and then have to go to a finance company to get the loan to pay for it.

But what if your builder, real estate agent or car dealer could arrange the financing as well and integrate it seamlessly into the customer experience? Some companies, such as Toyota with its finance arm, have embraced the idea of “embedded finance”.

But there are plenty of industries where customers are on their own when it comes to lining up a loan.

“It’s normally not a great experience for the customer,” says Dave Corbett, the chief executive of Auckland-based fintech start-up PowerFinance and a former partner at PwC.

PowerFinance aims to take the hassle out of obtaining finance with a platform that lets companies offer loans as part of their own service.

“It enables those businesses to more easily embed finance into the offering,” explains Corbett.

“We do that by getting rid of the two major pain points, which are the upfront costs around technology and the ongoing costs around regulation.” 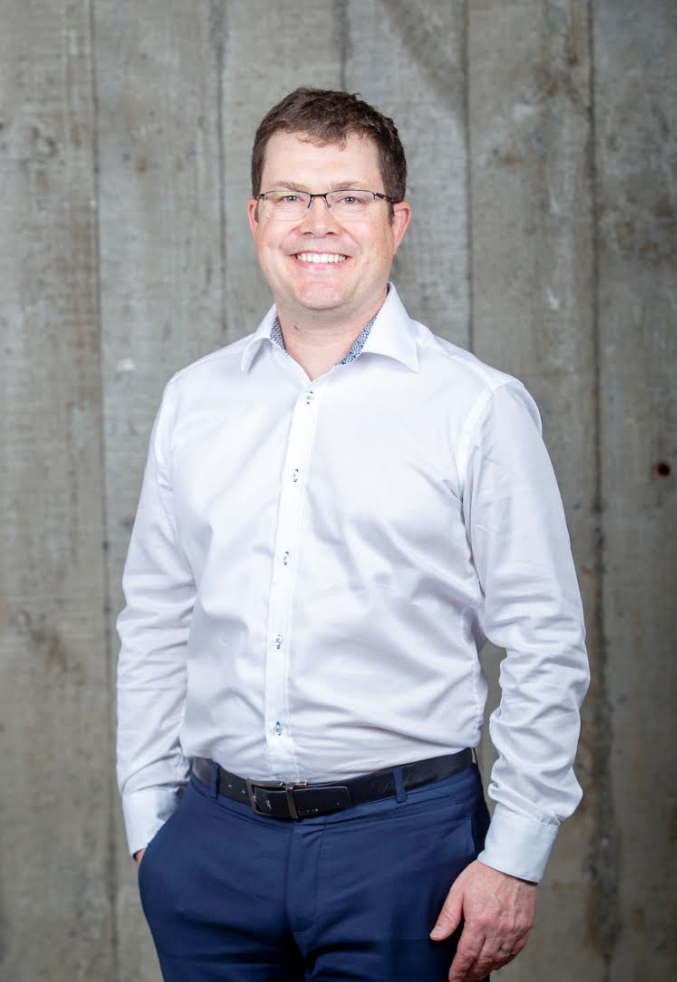 For the customer, it’s a simple process. They make loan repayments via direct debit payments as normal. But behind the scenes is a distributed ledger-based system that PowerFinance has developed to make the process efficient and transparent and “programmable” for companies it partners with.

A digital currency, the PowerDollar, facilitates transactions between customers and companies they have loans with and is tied one-for-one to the New Zealand dollar. The digital currency incorporates smart contracts which include the terms of the loan, digital identify information and any compliance requirements.

Here’s where things get interesting. PowerFinance is using the Inland Revenue Department’s tax pooling regime to have the Government effectively act as a custodian of the loan funds. Tax pooling sees provisional taxpayers pay their tax into a ‘pool’ at IRD. When they know what their tax bill is, they pay IRD out of the pool. If they have a surplus or deficit in the pool, they can sell it or borrow it to take advantage of interest rates that are typically better than IRD’s.

The PowerDollar is effectively a digital receipt denoting who owns the dollar being held in the government’s bank account. Loan repayments go directly into that government bank account which is then paid to PowerFinance.

There’s no official partnership with IRD for the finance scheme, but Corbett describes the PowerDollar as a “sovereign-linked digital currency”. With the funds held by the Government, it should encourage greater trust than is reserved for your average finance company, with our Government attracting AAA and AA+ credit ratings.

“We’ve got a letter from IRD acknowledging that we are using the tax pooling regime,” says Corbett.

“There’s probably a limit to how big that can get. Once it gets into the billions we’ll have to find a different mechanism. But we are a long way off that.”

This is roughly how financing could work if it was tied to an official central bank digital currency – which is likely still some way off for New Zealand, but already being rolled out by China and being planned for in other countries. But Corbett describes his PowerDollar as the “least interesting” aspect of the PowerFinance system.

The key advantage is improving the customer experience for buying big-ticket items. For home construction companies, Corbett said PowerFinance could add value as the pandemic puts pressure on the economy.

“In a good economic climate, they probably could just focus on swinging hammers. Whereas, if there are a number of new builds is lower then they’ve got to think more creatively,” he says.

“Banks typically want to lend against completed homes, not so much homes under construction.”

“You end up borrowing against the value of the land, typically, rather than the projected value so you get less money and you end up building a smaller house.”

PowerFinance would finance loans to the tunee of 80% from the capital debt markets, but each partner in the network would need to front up with 20% of the loan amount to “put some of their money where their mouth is,” added Corbett.

“They might be iwi or faith-based communities based on green principles. They are a niche but they don’t get niche service from traditional banks.”

“For that, the concept of identity has to be more than the individual,” says Corbett.

“It’s got to be whānau or hapū, and iwi as well. And not just an individual on behalf of the whānau, but actually the whanau as an identity unit.”

Corbett said it could allow an iwi organisation to test out the viability of a loan product without having to build the infrastructure to provide it.

“If you are a retailer in Rotorua, you can dip your toe in the water and try a finance product. If it goes well you can roll it out nationally.”

“The cost has got to be equal or less and I don’t think that it’s difficult to deliver, because our tech platforms have very low overheads compared to traditional banking infrastructure.”

PowerFinance is based on PowerChain, a version of Plug, the open-source blockchain framework that is used by Centrality, the Auckland blockchain specialist that is also an investor in PowerFinance.

“The structure of our blockchain system is what’s called proof of authority,” says Corbett.

“At this stage, it is a closed network of entities who are our partners. It is not a completely public network yet because that’s where the risk appetite is at in New Zealand.”

PowerFinance, which employs around 20 people, has been busy raising money to develop its system ahead of a rollout of its services early next year, though its foundation partners are able to start offering loans now.

PowerFinance would also apply to the Reserve Bank for a banking licence making it look like a more traditional finance company but with blockchain technology and a digital currency at its core.

Cryptocurrencies for the future – problems and possibilities