Who are the two NASA astronauts set to launch on Wednesday?

Bob Behnken and Doug Hurley are the two NASA astronauts set to launch in the biggest spaceflight event of the decade on May 27th. They're also longtime colleagues and friends.

How will this launch be so different, and why were these two tasked with leading the venture?

The Crew Dragon launch will see Bob Behnken and Doug Hurley among the first passengers that SpaceX has ever launched into space. It will also be the first to launch to orbit from the United States since the Space Shuttle programme ended in 2011.

SpaceX’s Spacecraft Commander, Douglas Hurley, will be responsible for launching, landing and recovery.

But as COVID-19 grips America, spectators will not be looking at the skies from Florida’s beaches; instead, they’ll be encouraged to watch from home.

Hurley said in a press release earlier this month, ““It certainly is a disappointing aspect of all this pandemic is the fact that we won’t have, you know, the luxury of our family and friends being there at Kennedy [Space Center in Florida] to watch the launch. But it’s obviously the right thing to do in the current environment.”

Blasting off to the International Space Station isn’t a new feat for this pair. Collectively the astronauts have spent nearly 1,400 hours in space, with each having had two previous flights on the Space Shuttle. 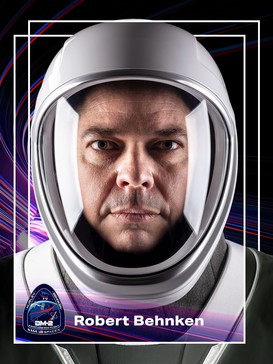 This afternoon Behnken and Hurley arrive on the coast of Cape Canaveral, Florida, in preparation for their flight to the International Space Station.

They were first assigned to the mission by NASA in 2018. In training since then, they’ve been travelling to and from their home bases in Houston, close to NASA’s Johnson Space Center, to SpaceX’s headquarters in Hawthorne, California, where they’ve been practising interacting with the Crew Dragon’s custom interior.

This launch will also be different with the use of a private spacecraft and involve new ways of doing things.

SpaceX’s Crew Dragon is very different in style and aesthetic than the government-made Space Shuttle. Instead of a console filled with buttons, switches and joysticks, the astronauts will use custom gloves that control touchscreens. The Crew Dragon has minimalistic architecture. It is designed to fly on its own, with minimal input from passengers.

It was a strange transition, at first. “Growing up as a pilot, my whole career, having a certain way to control the vehicle, this is certainly different,” Hurley said during a press conference. “But you know, we went into it with a very open mind, I think, and worked with them to kind of refine the way that you interface with it.” He added: “It was challenging, I think, for us and for them at first to kind of work through all those different design issues. But we got to a point where the vehicle from a manual flying standpoint with the touchscreen applies very well.”

The new style of ship has its benefits. Behnken and Hurley have given SpaceX their inputs on design and procedural changes that they think should be made, and SpaceX has obliged — quickly.

“That’s different is that when we did Shuttle things,” Hurley said last year. “That’s really been appreciated, just how quickly they were able to turn around differences for what we’d like to see from simulation to simulation.”

SpaceX’s NASA partnership has meant that space launches can once again be from American soil. This is a shift from the previous decade where space flights have had to be in Russian rockets out of Kazakhstan.

NASA makes the call about when Behnken and Hurley will return home once they’re already on board. As of yet, the date remains open.

Originally the trip was intended to last only a week or two, as a test flight to show off the crucial features of the Crew Dragon with passengers onboard. But delays getting to this point mean that NASA has now enlisted Behnken and Hurley to now remain on the station for up to a few months when they land. 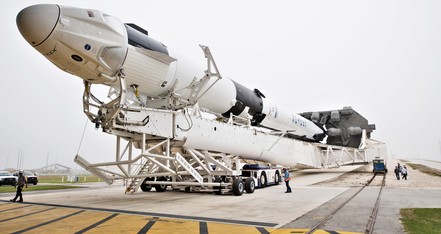 SpaceX’s Crew Dragon is of a different make and style to past rockets.

The pair’s closeness is seen to be invaluable to the trusting relationships required for effective spaceflight. The pair have been good friends since they were first selected to be astronauts in 2000.

“We’ve worked together so long that there’s a part of the training that we don’t have to worry about,” Behnken commented last year, adding, “It is important for us. I already know what Doug’s responses are going to be in a lot of different situations. I know if he’s ahead or behind on whatever we’re working on, in the same way that he knows that about me. That makes it a lot easier. Those aren’t extra words I need to put into the communication. He can just glance at me and know what my status is.”

Behnken and Hurley getting a feel for the Crew Dragon.

Both NASA explorers are married to astronauts which may mean their families are more prepped for such uncertainty. In a comment this month, Hurley explained  “My wife … She’s also an astronaut and understands a lot of what I’m going through…She spent six months on [the] space station when our son was three years old. So it certainly is not completely foreign to us. And I think, you know, she’s somebody who understands that these things change.”

The astronauts see the weirdness of launching during a time where global uncertainty is at a peak, but they also believe the flight has to move forward.

“It’s been a long road to get here, and I don’t think either one of us would have predicted that when we were ready to go fly this mission that we would be dealing with this as well. But we just want everybody to be safe,” Hurley said during a press conference. “We want everybody to enjoy this and relish this moment in US space history, but the biggest thing is, we want everyone to just be safe and enjoy it from distance.”

“It’s been a long road to here… The biggest thing is, we want everyone to just be safe and enjoy it from a distance.”

Though the astronauts know each other well, the timing learning up to the launch has been less than certain with SpaceX’s various technical issues and delays.

“Our job is to be ready when a launch date turns up,” Behnken said during a press conference in January. “And so we’ll do our best to be sure that we are ready and [we’ve done] all we can for that date.”