Wearables for social distancing – what will it look like, who will use them?

In many countries, staying apart from one another remains critical to counter the current pandemic.

With most industries now challenged to think creatively about what a new BAU, wearable innovations are rapidly scaling to meet newer needs of social isolation and remote work.

Wearables have been emerging as a tech solution since the 1980s, but once struggled to gain large-scale market cut through. They integrate electronics with daily activities that fit with changing lifestyles. By embedding connectivity into everyday objects, we can collect data and better understand our behaviour.

The ‘calculator watch’ is one of the first wearables, introduced in the 1970s.

Pre-pandemic, construction was the big mover driving the global wearable market, according to Global Data, with triggers in remote support for ageing workforces, as well as AI and smart glasses technology.

Wearable technology is seen part of the Internet of Things solution category. Up until recently, it has struggled to establish itself into the IoT mainstream though. Research from Global Data finds that wearables are limited in their interoperability and tend to have self-contained functionalities.

The wearable market is largely a face-off between front-running smart tech companies in the US and China.

Apple is the dominant global player in smartwatches, thanks to the Apple Watch as well as their market leading AirPods. Other players with strong positions across the wearable market include Huawei, Google, Samsung and Xiaomi.

APAC’s relatively de-regulated market has business opportunity in terms of the wearable, the Global Data report says. Whether this market will be well received by the consumer is less certain.

“APAC is fairly relaxed in terms of data privacy laws, and as a result more wearable vendors will seek expansion in this market over the next two years,” senior analyst at GlobalData, Rupantar Guha, said.

“Companies will have to be prepared to comply with emerging and increasingly stringent domestic regulations that (most likely) will vary from one country to another,” he says.

Even though fitness trackers were the first big pull in the wearable tech segment, the more encompassing smartwatches are now top of mind for consumers.

Early wearable adoption is expected to be predominantly from the Asia Pacific, especially in healthcare, manufacturing and logistics, according to GlobalData’s report. Wearable innovations are expanding, to now include gaming, virtual reality and agriculture.

In the construction industry, wearables are driven by safety and efficiency.

UK based company Reactec’s smartwatches sync up to a specialised risk-monitoring app, that alerts users when to down tools. American-based construction company Scan-Link uses geo-tagging on belts and safety jackets to help staff detect people – rather than objects – behind workplace equipment. SiteM8’s gear is tagged with GPS enabling tracking of labour costs.

Wearables are even playing a role in New Zealand’s primary industry – and its not limited to humans. New Zealand’s Livestock Improvement Corporation, one example, has invented what Wayne McNee, CEO, describes as a “Fitbit for cows” that monitors cow health and movements. 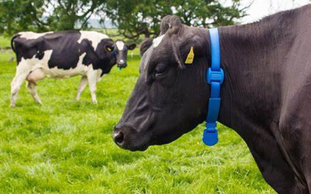 The ‘Fitbit for cows’ essentially computes and monitors the health and performance of livestock.

Few of the global leaders in wearables including Apple have initiated incorporating Covid-tracing features into their smart watches, possibly due to some uncertainty about the pandemic’s future.

Some local companies already have. Belgium maritime tech company, Rombit, already used bracelets to detect if someone fell into the water. Now, they’re using alarm sounds to warn workers if they get too close to each other, and to track who they’ve come in contact with. 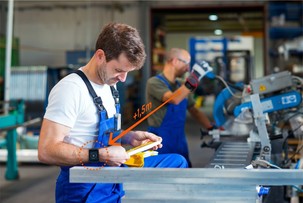 What could the role of wearables be in our future? Some concerns remain unanswered, such as whether we should even need technology to help us understand social distancing, or whether wearable devices could be used to track us outside of the workplace. But for now, they’ve been spotted as one way to effectively meet social isolation rules.

Using sensors and satellites to take the guesswork out of farming

5 great Kiwi apps to come out of Covid-19