The magic that happens when your customers co-create your app

Z’s Sharetank app is the not only the brainchild of the Kiwi fuel company, it’s also the result of what customers said they wanted and needed.

If you haven’t tried Z’s Sharetank yet, you might be missing out on some impressive fuel savings. The app, which is just over a year old, allows Z customers to access the cheapest fuel prices available at any Z station within a 30km radius, at any given moment. Perhaps you’ve clocked that your local servo seems more expensive than the one across town – you might even be one of the countless Z customers who used to make the drive to the station offering the best deal.

Sharetank Product Manager Dana Jacobsen says Sharetank solves “the perennial problem” of fluctuating prices, which can be impacted up to 75 times in a single day based on hyper local competition and bigger trends like foreign exchange rates and the cost of crude oil. “We wanted to develop something that put the control back in the customers’ hands and allowed them to refuel when the price was right for them, not just when the tank was empty.” 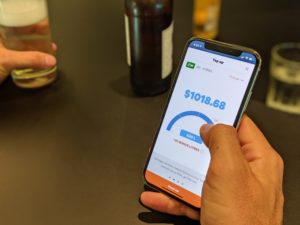 And it was Z’s customers who helped shape the app as it now exists today. “The concept was originally around a price lock and pre-purchase, but in one of the early rounds of testing we had people say to us ‘that’s great, but if I’m going to buy a few hundred litres of fuel it would be nice to share that with friends and family.’ So the next round of testing we added in a dummy button. It didn’t do anything on our prototype but the feedback from our customers was ‘this is interesting!’”

The current iteration of Sharetank means that small businesses can now load up the app with fuel and allow staff to use its virtual tank, parents of driving-age teens can share fuel with their kids, and for some families, it’s been handy to help out ageing parents or retirees on a fixed income with an injection of fuel from time to time.

Z’s Head of Innovation, Scott Bishop, sums it up. “When you allow your customers to co-create, you hear some really interesting things. Parents told us ‘This would be really great – no more gas money for my kids!’  Businesses also loved it, because you can specify the type of fuel and grade of fuel available to pump – no more putting premium fuel on the company card! All sorts of different stories emerged as we allowed our customers to come up with the ideas as opposed to defining the app for them.”

Jacobsen adds that Sharetank is also used as a budgeting tool. “A number of people put in $5 or $10 every day, using it as a savings mechanism so that they can build up enough to purchase a tank. We’ve also heard stories of people who might, for instance, be driving to Queenstown in a group and know the fuel price is likely to be higher over there. So they all chip in to buy their fuel before they go using Sharetank.”

How does it work? The app looks to a 30km radius from your phone’s GPS location and links into the prices at those service station, so you’re getting the cheapest price for your fuel grade from all the Z service stations in that area, Bishop explains. 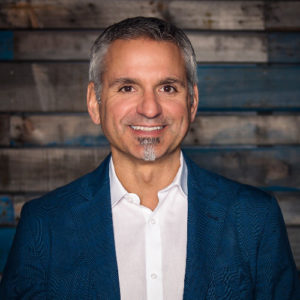 “We have price protection built in, so if you’ve bought fuel through Sharetank at a certain price and then the price goes down, you have the option to choose to pay via a different method and get the lower price.  And what we’re finding is that because we’re protecting customers on both the upside and the downside, we are moving the dynamic away from business-centricity to customer-centricity.  In fact, even when it costs them more, most customers end up saying ‘just pay with my Sharetank litres – it’s easier.’”

Z isn’t done with Sharetank yet. It’s an evolving platform, they say, “and we have a roadmap of different ideas to expand it,” says Jacobsen. Right now, they’re looking at ways in which the app can be used for good so people can donate to community tanks, such as St Johns, for example.

Iterative development is an ongoing priority for Z. “It allows us to go faster,” concludes Bishop. “By getting something into market that has a value proposition associated with it, then getting real feedback from real customers on a real forecourt, that is fundamentally much more valuable, we believe, than doing surveys or focus groups. We’re not aware of anything like Sharetank in the world.”

Fiona Fraser spent 18 years as a journalist and editor before founding Contentment Agency, her content and public relations business. From first getting behind a radio sound desk as a teenager, to thrashing podcasts as an adult, she appreciates the myriad ways tech can enhance communication and connection.