The pandemic, more than anything else in recent years, has confirmed that data can inform better decision making, often with life-saving results.

“Data is the new currency that powers the digital economy,” Hewlett Packard Enterprise CEO Antonio Neri said as he kicked off HPE Discover 2021, the hybrid cloud provider’s annual conference, which was a virtual event this year.

“However, it is no longer about simply capturing data,” he added.

“It is about how fast we can extract value from it. The future belongs to the fast, and those who can act on the data the fastest will win.”

Neri has for a couple of years now been pushing the concept that we live in the “age of insight” and that the big differentiator when it comes to the competitiveness of a business lies in its ability to use quality data to inform decision making.

“Those who can extract the insights from the data faster will be the winners. Every CEO has to have an agenda around that,” Neri told a press briefing on the eve of Discover.

“Underneath you have to have a staff that drives this for you every single day. You need to make the right bets, the right investments, and then measure and hold people accountable on that return on investment.”

All bets on GreenLake 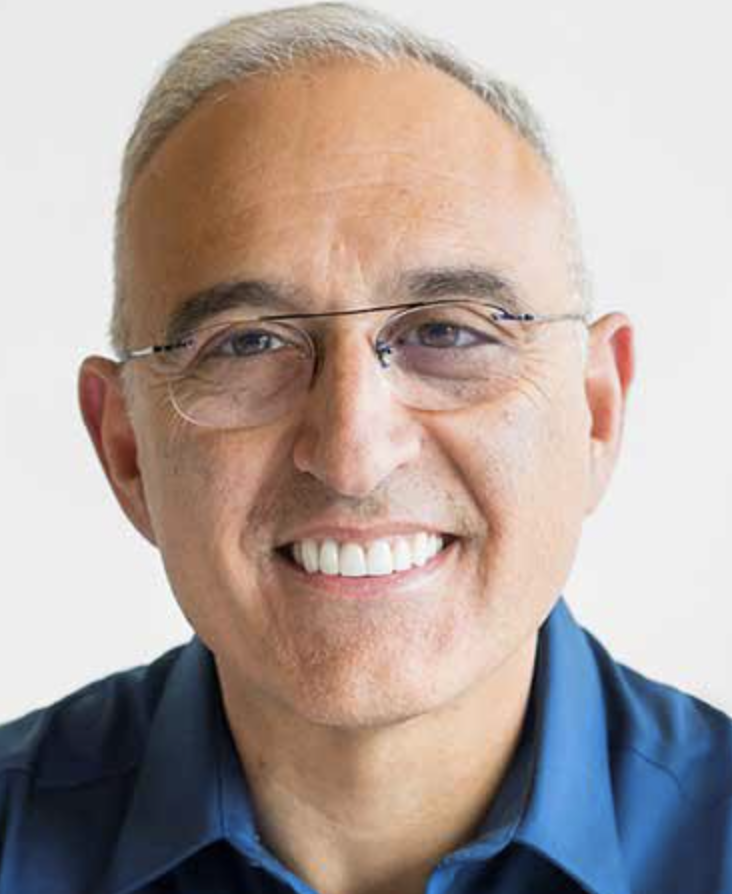 The right bets, argues Neri, involve finding the right technology partners. HPE has been increasingly centering its offers around its GreenLake cloud and on-premises managed infrastructure and services platform.

It’s a hybrid cloud play that has been serving HPE well as it differentiates from public cloud players such as Microsoft and AWS and the likes of IBM which has made hybrid cloud its focus with the acquisition of RedHat.

HPE last month reported revenue of US$6.7 billion for the second quarter, up 11% from the prior-year period. It revised up its forecast for the full-year. The core of HPE’s business is providing computing power and services – a US$3 billion business in that three month period alone.

But a fast-growing segment is “intelligent edge”, where revenue was US$799 million, up 20% on the same period last year. HPE describes intelligent edge as “the analysis of data and development of solutions at the site where the data is generated”.

That may not be the case in the New Zealand market – yet. But HPE had revenue of $142 million in New Zealand in 2020 – and reported a $4.7 million loss, according to Companies Office filings. It doesn’t break out its local revenue streams.

But either way, GreenLake is at the heart of the intelligence edge for HPE in general. GreenLake annual recurring revenue was up 30% during the quarter, HPE reported.

Discover saw a number of major new announcements (see below) for the cloud services platform. Neri’s vision is that the GreenLake brand becomes “synonymous with HPE”.

What GreenLake provides, says Neri, is much-needed homogeneity across the hybrid cloud experience.

I want one way to pay and I want one integrated experience,” he said.

“In order to do that you need to become a cloud operating company. That is where edge to cloud architecture is becoming so relevant because everything we do inside our company is in a true cloud orientation way and it manifests itself in our offer with GreenLake. Let’s be clear: Servers are important, storage is important, but you need to deliver that in a different way.”

“Data is acted upon close to the moment of creation to drive action,” he pointed out.

“Understand that as we level the playing field, more people have the opportunity to train, advance and participate in the data-driven digital economy. More voices mean more equitable innovation.”

In addition, Project Aurora’s continuous attestation capabilities can be used to automatically detect advanced threats from silicon to cloud, in seconds compared to today’s average of 28 days. Project Aurora will be first embedded within HPE GreenLake Lighthouse. In the future, it will be embedded within HPE GreenLake cloud services and HPE Ezmeral software to provide customers with a platform-agnostic way to define, create, and deploy a zero-trust architecture straddling edge to cloud.

Lighthouse is a secure, cloud-native infrastructure that removes the entire process of having to order and await for a new configuration by allowing customers to add new cloud services in just a few clicks in HPE GreenLake Central and run them simultaneously in just minutes. Cloud-native and intelligent, HPE GreenLake Lighthouse is built with HPE Ezmeral software to autonomously optimize different cloud services and workloads by composing resources to deliver the best performance, lowest cost or a balance of both, depending on business priorities.

HPE revealed it had bought the San Francisco-based start-up Determined AI, which develops software to train artificial intelligence models rapidly and at scale using an open-source machine learning platform. Combining Determined AI’s platform with its own high-performance computing, HPE hopes to speed up the development of AI applications that can then be deployed across its cloud services in the cloud or at the edge.

HPE unveiled a pay-per-use, consumption-based pricing model that will optimise at the silicon level to offer a more granular cloud experience with better metering, reduced buffering time and faster deployment.

Developed in partnership with Intel, Silicon-on-Demand will add new capacity at a processor core and persistent memory level using Intel Optane technology. HPE is removing the need to order or install new processors by allowing customers to instantly activate and pay for more capacity with just a click.

Based on the HPE GreenLake Cloud Platform, the Compute Cloud Console simplifies the infrastructure management experience with a as-a-service experience no matter where workloads are running, from edge to cloud. Additionally, it automates manual tasks such as provisioning and lifecycle management, speeding up time-to-market and eliminating inconsistencies due to human error. It will be available in the US this year ahead of rolling out to other regions.

Hewlett Packard Enterprise is the global edge-to-cloud Platform-as-a-Service company that helps organisations accelerate outcomes by unlocking value from all of their data, everywhere. At HPE, we advance the way you live and work by engineering experiences that unlock your full potential.