First look: Windows 365 – Microsoft’s PC in the cloud is user-friendly but pricey

I’ll say it right upfront, Windows 365 is exactly what I’ve been seeking, for a long time.

I’m a dedicated Mac user, lured away from Windows years ago by the design prowess of Apple’s hardware makers. I love my MacBook and my iMac. I’m less enamoured with Mac OS and, needing to work in the Windows environment from time to time, I keep a spare laptop handy to boot up Windows 10.

This week however, for the first time, I’ve been accessing Windows 10 through a Chrome browser tab on my MacBook Pro. With a Windows 365 Business account, I can now work in the familiar environment and with all of the bundled apps that come with Windows on the desktop. 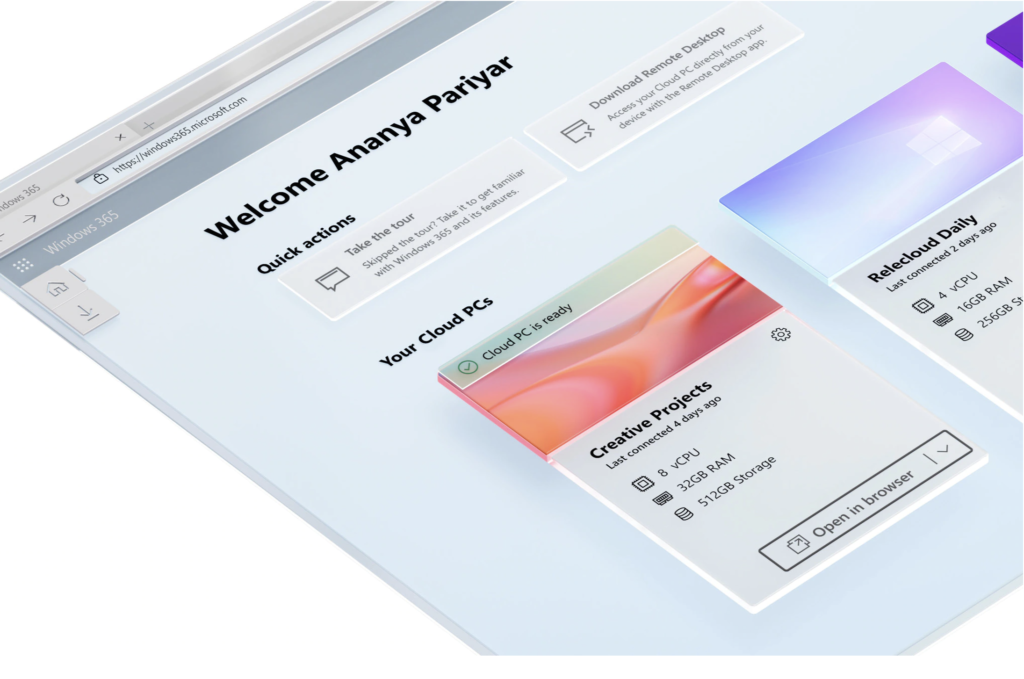 The Windows 365 resource panel – where you access your virtual PC

But Windows 365 is more than just the operating system software. It involves you renting from Microsoft the hardware capacity that runs all of your apps and which you use to store your data. In my case, the virtual machine is 2vCPU/8GB/128GB – two virtual central processing units, 8 gigabytes of memory and 128GB of storage.

That equates to a mid-grade PC you’d expect to be given for a regular office job. Microsoft simply sent me a link to follow with log-in details booting me straight into a Windows 365 resource panel that gave me the option of opening Windows in a browser tab, or via the Windows Remote Desktop client, a bit of software that gives you a slightly better experience using Windows as a virtualised service.

Windows in a browser tab

For convenience, I’m mainly opted to run Windows via the browser tab. Once you are on the desktop, the experience is virtually indistinguishable from using Windows directly. I’m impressed at the responsiveness in navigating the menu system and booting up applications, given that everything I’m clicking on is sitting on a server somewhere else in the world. There’s a slightly perceptible lag of milliseconds, but no greater than using Microsoft 365 in the web environment, which people do every day anyway.

Everything is there – Teams for calling and collaboration, the Microsoft store for app downloads, OneDrive for storing your files and the Mail and Calendar clients. When you download an app from the web it doesn’t end up on your physical computer but is sent instead to your virtual Windows environment. the installation process is virtually the same.

When you log out and log in on another computer, everything is just as you left it – settings remembered, files in their usual location. This effectively makes Windows device-agnostic. You log in on any device, any form factor, to access what you need in the Windows environment. With millions of people having shifted to remote working in the last 18 months, that offers huge flexibility in accommodating the hardware needs of a workforce.

It means that an IT team can simply send a new employee a link and log-in details to get set up in the Windows desktop environment. The IT department just sets up the virtual PC with the required apps, applies permissions and security settings and, if need be, couriers a device to the employee. This has the scope to radically streamline workforce provisioning and make it easier for organisations to deal with contractors and casual employees.

Because the grunt work is done in the cloud, you don’t need a powerful computer to run Windows 365. You could, in theory, run it on a cheap Chromebook.

There are a few glitches I came across – I couldn’t get Windows 365 to access my camera for Teams video calls – the operating system isn’t talking to my Mac for some reason. But audio works fine.

Virtualisation like this isn’t new. People all over the world are using Citrix to access apps in a similar way and Azure Virtual Desktop had previously been available as a product offering the Windows desktop for remote workers.

The difference here is that Windows 365 radically simplifies the licensing and provisioning required, making it easier for medium-sized and large organisations to set up large numbers of users on virtual Windows.

Does it stack up financially?

On the face of it however, Windows 365 is an expensive proposition. That 2vCPU/8GB/128GB configuration I am using costs $85 per month ($1020 annually). It is cheaper ($75 per month) if the primary user’s primary computer is running Windows 10 Pro.

Considering you still need to invest in a hardware device to access Windows 365, $75 a month for the equivalent of a mid-range PC is, well, likely to make an IT manager baulk at the concept. 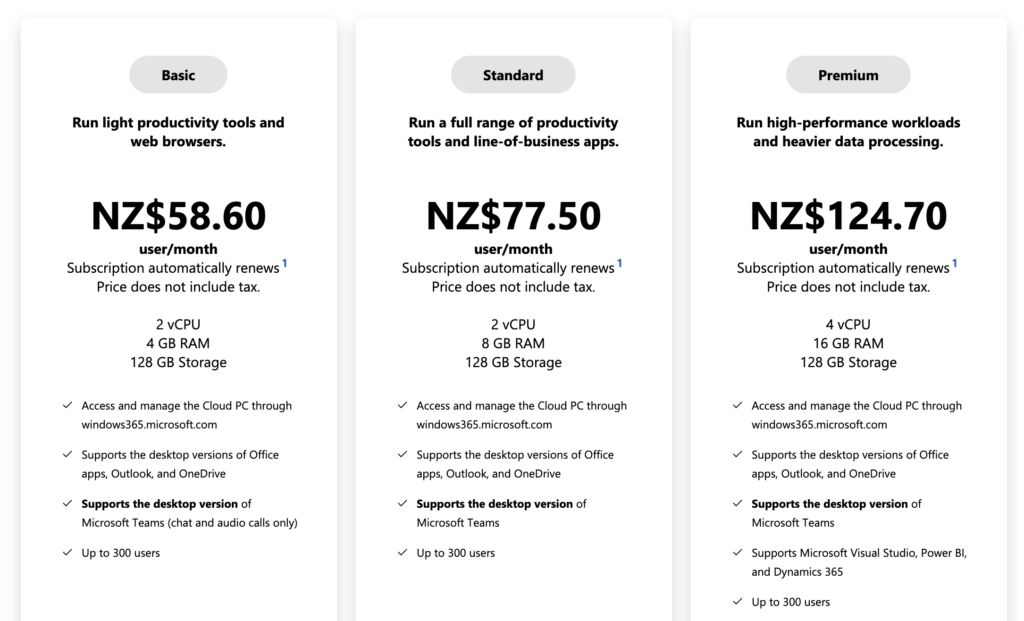 An advantage of Windows 365 is that you can scale up and down the capacity you need depending on users’ computing requirements.

While Business (300 employees or less) and Enterprise versions of Windows 365 cost the same, it would really rely on volume-based licence discounts to sweeten this deal. Still, there’s significant interest in Windows 365, which has already reached capacity for trials of the service.

Technically, Windows 365 seems to have been well-executed, delivering an experience that closely mirrors the true Windows desktop while minimising the lag often associated with virtual services. The security is handled in the cloud, with the usual multi-factor authentication supported on the device.

It is early days for the service, but to have real appeal to New Zealand businesses, there will need to be some downward movement on price or volume-based discounts to sweeten the deal and see Windows 365 take off.